The newly-founded association SYNC NETWORK JAPAN has launched with the goal of delivering Japanese contents to the world.

Located in Takeshiba Minato-ku Tokyo Japan, in an industry based on the foundation of Content x Digital, the CiP Association (Contents innovation Program) is taking a step forward. Their newly established organization,”SYNC NETWORK JAPAN,” functions as an agent specializing in the promotion of Japanese tourism and content, with the goal set on expanding to a global scale.

Founded in 2010, the current promotional project managed by CiP which is focused on the globalization of Japanese music content, “SYNC MUSIC JAPAN,” (Represented by Masahiro Oishi, the CiP Association special advisor / MAVERICK DC CEO) began the path that led to this new organization. In order to continue expansion of contents and global development, we will be enforcing the practice of cultivating and fine-tuning our end by observing, collecting and integrating the activities and experiences of similar groups and organizations overseas, such as event organizers, media, promoters and networking. We will also focus, not just on the global expansion of Japanese music content, but also aim at the overseas music industry as well as other markets, networking and crossing over in and out of the industry.

As of now, SYNC MUSIC JAPAN has domestically around 2,500 musicians/groups registered. From 2011 until 2017 we’ve booked over 26 artists for 18 events in 10 countries, as well as have our content broadcast as news on 69 websites in 21 countries. Actual operations starting with, in Tokyo, Kokuritsukyougijou (National Stadium) and traveling to Indonesia, Taiwan, and England circling the world for a joint live tour called, “JAPAN NIGHT,” which has already implemented partnership invitations to 59 overseas companies.

In recent years there have been many developments. Legendary Japanese rock band X JAPAN has expanded into and been featured in overseas news, HUGE all female pop group Morning Musume has booked several American conventions, as well as the organizing of cultural exchange concerts and events with the cooperation of the French Embassy and the government of Quebec.

On top of all of this, with sponsorship from a government coordinated platform called,” The Cool Japan Public-Private Partnership Platform,” a platform based on global developments both in and out of the industry, running 8 years strong, our hopes of creating something big have become closer than ever.

Furthermore, in collaboration with “I.O.E.A,” an organization that gathers Japan Conventions from around the world, we plan on coordinating an enormous convention of our own as well as promote the global expansion of Japanese content.

As of now SYNC MUSIC JAPAN, according to Visual Industry Promotion Organization (aka VIPO), the Japanese content copyright related information database project, “Japan Content Catalog,” (aka JACC) with regards to the music division database, “SYNC MUSIC JAPAN DATABASE,” is in charge of collecting over 2,200 artists and their information and has them readily available. VIPO and SYNC NETWORK JAPAN use the same information database are connected by the same firm that is driven by the application of overseas oriented business.

Here are some of the congratulatory messages received upon the establishment of SYNC NETWORK JAPAN:

“There’s a large part of the world that has already taken in parts of Japanese culture. However, music has always been 2 or 3 steps behind. If dispatching Japanese music to circle the globe leads to success, not only could it open paths for opportunity to expand Japan’s current declining music business, but in addition can lead to the over-all improvement of the image of Japan. I’m looking forward to the future endeavors of SYNC NETWORK JAPAN.”

“Congratulations! Let’s have some fun out there!”

“Congratulations on the establishment of SYNC NETWORK JAPAN! We owe a lot to JAPAN NIGHT. Let’s work together again to bring Japanese music and live performances to the people of the world!”

“Congratulations on the establishment of SYNC NETWORK JAPAN. I hope this will lead to the increased possibility of fans from all over to world being able to have much more chance to directly meet their favorite Japanese artists and that we can all share happy experiences.” 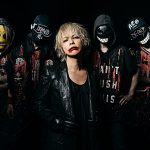 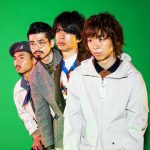 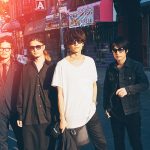