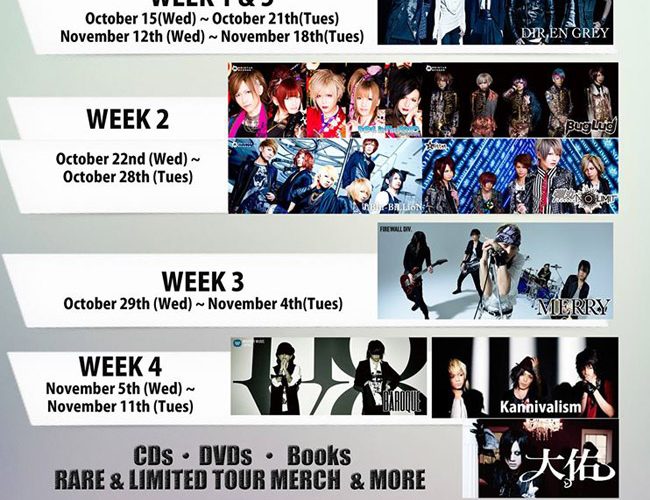 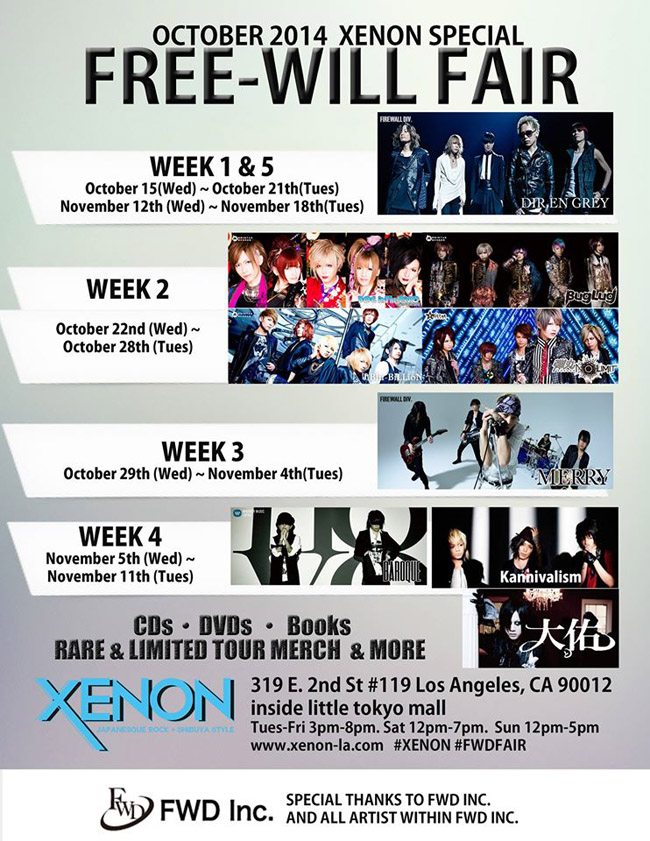 ABOUT FWD Inc.: FreeWill is an Japanese independent record label founded in 1986 by Color vocalist Hiroshi “Dynamite Tommy” Tomioka, with branches predominantly in Japan and the United States, as well as previously in Europe. It also continues to co-manage many of its artists including Dir en grey, Merry, baroque, kannivalism, as well as after they have signed recording contracts with a major record label. Free Will along with Extasy Records are credited with helping to spread the visual kei movement. FreeWill also produced the 2001 anime adaptation of the long running manga series Grappler Baki. In 2007, the label changes its name to FWD inc. with Fujimoto as its new CEO.
Website: http://www.f-w-d.co.jp/