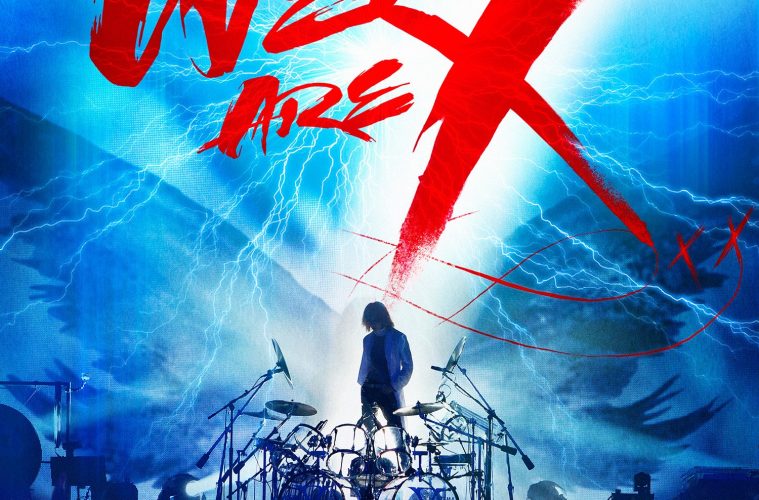 We Are X Soundtrack To Be Released March 3 Via Sony Music’s Legacy Recordings Critically Acclaimed We Are X Film to Open in Japan and UK in March X Japan To Perform At SSE Arena, Wembley in London on #XDAY March 4

The soundtrack for the film WE ARE X — the critically acclaimed music documentary about X JAPAN — will be released worldwide on March 3, 2017, via Sony Music’s Legacy Recordings (a division of Sony Music Entertainment) and is available for pre-order now at Amazon. http://bit.ly/WeAreX_CD

Hailed as “fascinating” by the New York Times, WE ARE X is a transcendent and beautifully shot rock & roll story about the most successful rock band in Japanese history, X JAPAN. They’ve sold over 30 million albums, singles and videos combined; sold out Japan’s 55,000-seat Tokyo Dome a record 18 times; and played to tens of thousands of fans outside of Japan. Under the enigmatic direction of YOSHIKI — composer, classically-trained pianist, drummer and the creative force behind the group — X JAPAN has captivated a wide range of admirers as Sir George Martin, KISS, Stan Lee, and the Japanese Emperor-while pioneering a spectacle-driven style of rock music called Visual Kei, a one-of-a-kind cultural phenomenon.

In late 2016, WE ARE X was released to theaters across America after winning multiple awards at the Sundance and SXSW Film Festivals. Directed by acclaimed documentarian Stephen Kijak (Stones in Exile, Scott Walker: 30 Century Man), and produced by the Oscar-winning production team  behind  Searching for Sugar Man, WE ARE X is an astonishingly intimate portrait of a deeply haunted — but truly unstoppable — virtuoso and the music that has enthralled legions of the world’s most devoted fans.

Up next, X JAPAN — YOSHIKI/drums, piano; TOSHI/vocals; PATA/guitar; HEATH/bass; and SUGIZO/guitar, violin — will perform their first major show of 2017 on #XDAY, Saturday, March 4 at SSE Arena, Wembley in London. Later in March, the WE ARE X film will premiere in London and officially open in theaters across the U.K. The film continues to expand internationally in new cities every week; and will arrive on Blu-Ray™, DVD and Digital HD on from Magnolia Home Entertainment under the Magnet label in the U.S., Bermuda and Bahamas