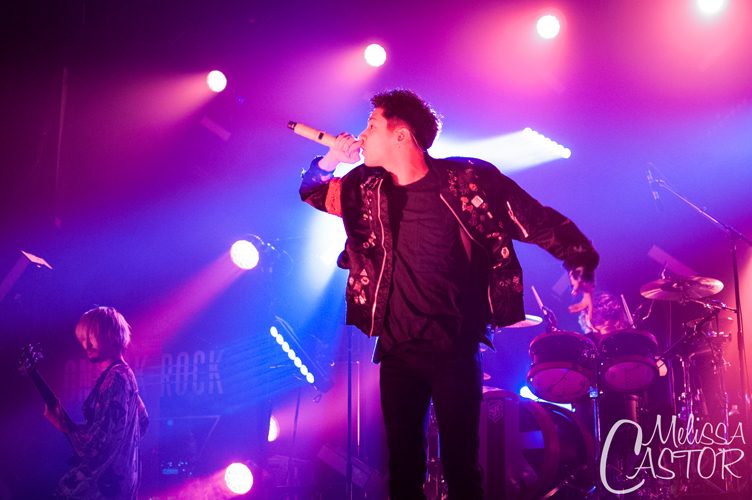 ONE OK ROCK at NYC Terminal 5

January 15, 2017 – ONE OK ROCK are ready to leave their mark and take over North America. New York City’s Terminal 5 was the first stop of 6 headlining shows in North America in support of their newly released album, Ambitions. The band recently signed with US label Fueled By Ramen and it seems this won’t be the last North America sees of ONE OK ROCK this year! Taka promised the band would be back to the United States later this year.

The night started off with high energy as would be expected from a ONE OK ROCK concert, Taka never standing still for even a moment, moving from one side to the other and back again, welcoming everyone to the show.

Things quickly took a turn for the worse when during the second song, Taka had to stop the show. After seeing fans in the front with painful looks on their faces and many even falling down, unable to get up, he told the band to stop the music. “Are you all ok?” The crowd replied with a few cheers but many more groans and upset replies of, “NO” chorused back at him. “Everyone move back.” The crowd tried to move back and let those up front breathe again. The venue staff even came on stage and had people take a step back. This break went on for over 3 minutes until Taka said, “Tell me when you guys are ready.” And this time, the crowd cheered with enthusiasm and the show continued on.

Crowds can and will get rough, especially a rock show and especially when the band does ask for mosh pits, but that’s not a reason for the majority of the crowd to be in physical pain. It was a fantastic thing that Taka stopped the show and had people move back – everyone enjoyed the show more after that. Needless to say, those up front appreciated it.

The album Ambitions was released in two versions – Japanese and English. Their previous album, 35xxxv, had a similar dual release in both languages. Fans were unsure what language Taka would sing in, especially since this was the first show of the tour. On their summer 2016 tour as openers for 5 Seconds of Summer, they performed entirely in English. But fans need not have worried – this night there was a mix of both old and new, Japanese and English songs.

Hard To Love was a slow moment in the otherwise upbeat night. Taka wrote the song about his father. The family relationship sung about in this song can be relatable for many parents or give children a new perspective about those who raised them. Listening to the lyrics and the calming melody, more then one person took out a lighter or cell phone flashlight to wave back and forth to the tune.

After Bedroom Warfare (sung in Japanese; when the Japanese lyrics started, the crowd screamed in delight), there was an instrumental break. Each member had their moment to show off their talents while Taka danced around the stage.

The crowd always go extra wild for The Beginning and this night was no different. The Beginning is a fan favorite and never disappoints.

On Ambitions, there are quite a few collaborations with other artists, including tour mates Alex Gaskarth of All Time Low and 5 Seconds of Summer. ONE OK ROCK decided to perform Take What You Want, which was recorded with 5 Seconds of Summer. The live version is different from the recorded version, with a long and slow introduction before the beat picks up. Ryota and Toru provided vocals that would normally be performed by 5 Seconds of Summer but this did not take away from the song. It simply made it unique to the live version.
We Are is another very powerful song, especially hearing it live. Ambtions was only released 2 days prior to the concert, but that didn’t seem to stop the fans from knowing all the words. Taka had the crowd sing back the chorus parts to him “We are, we are!” and “woah woahs” repeated multiple times.

A ONE OK ROCK show isn’t complete without Mighty Long Fall. This song is a perfect ending to the concert. They performed the English version – the same song they ended their opening set when touring with Issues and then 5 Seconds of Summer in 2016. Towards the end, Taka motioned to form a circle pit. The audience parted as he requested, leaving a large gap in the middle of the floor. Everyone waited until the right moment and then went wild, thrashing into each other in time with the song. As the song ended and the band left the stage, the crowd cried out for one more song, encore, encore!

The band obliged and returned for one more song. Their finale was another song limited to the English version, titled, appropriately, American Girls. This is an upbeat song that is hard not to smile and sing along with. While (in my opinion) not one of their best songs, there is no denying it is catchy and a fun way to end the show.

During the encore Taka said, “I don’t want to say goodbye right now. So I’m going to promise you, we’re going to definitely come back to the United States. This year for sure! So we don’t need to say goodbye, just see you soon.” Nothing more has been announced as of yet, but this statement left fans immediately wanting more.

See you soon, ONE OK ROCK! 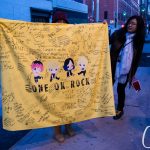 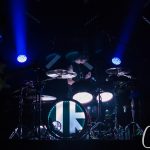 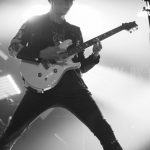 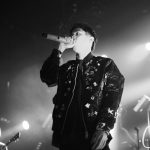 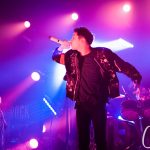 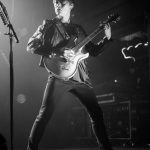 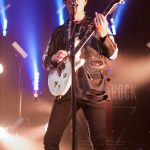 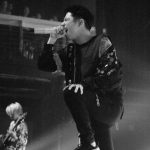 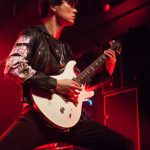 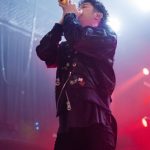 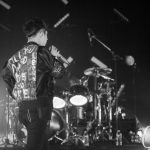 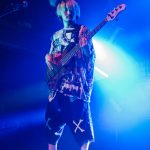 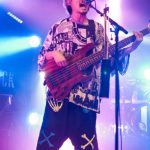 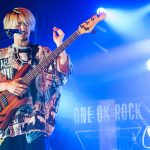 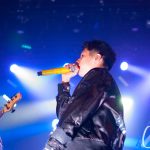 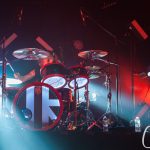 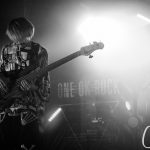 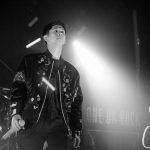 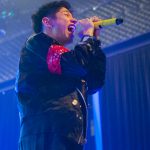 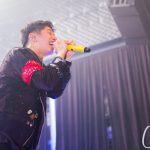 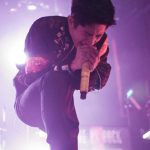 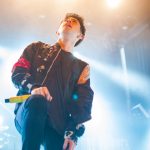 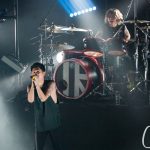 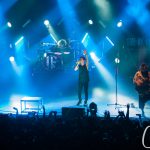 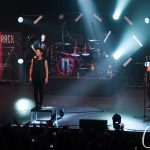 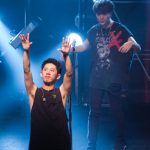 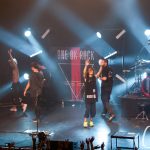