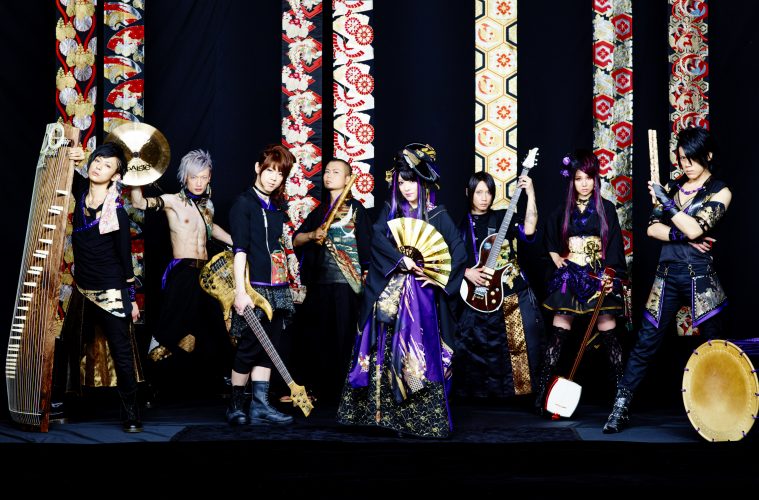 WagakkiBand to perform at SXSW 2016 Showcase and NYC! 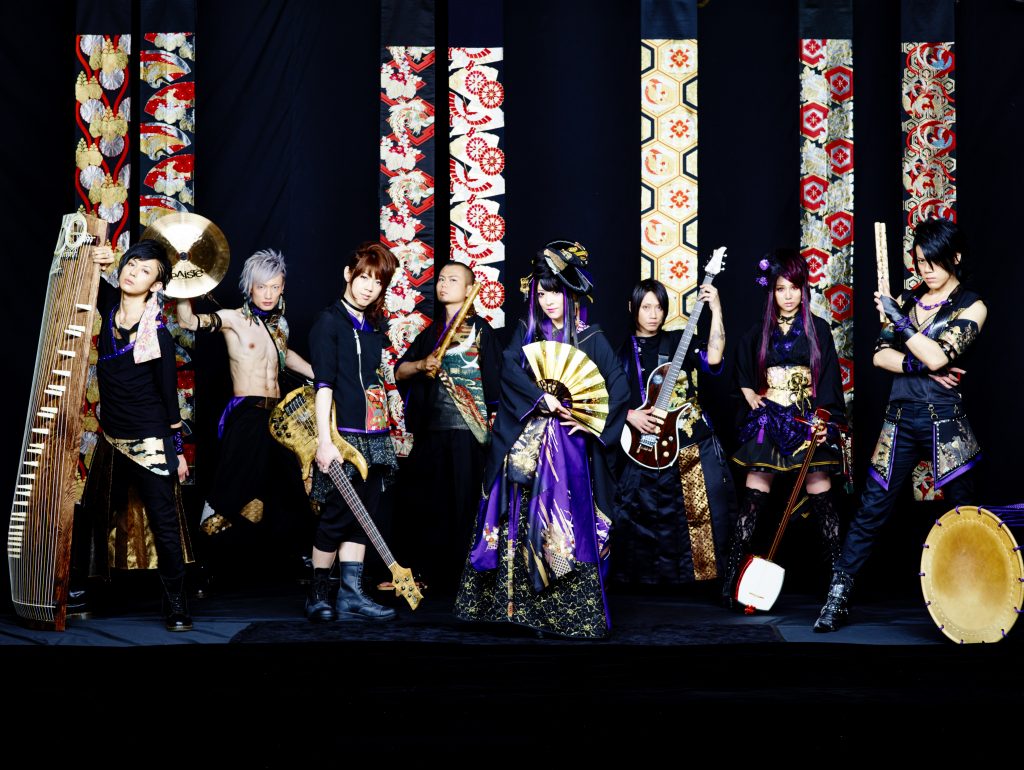 Japan’s hottest export, WagakkiBand announced details for their appearance at Austin’s SXSW 2016 festival where they will perform at the The Des Moines Embassy (Red River & 6th street) on March 18 at midnight run by Live Nation. As already announced, they will be stopping in New York City to perform at Irving Plaza March 14, 2016, headlining the night, “WagakkiBandLive in N.Y. – AKATSUKI”. “Akatsuki” is the lead track from their newest album and means “Dawn” or “New Beginning”. Tickets for the Irving Plaza show are available for general public via Ticketmaster.

WagakkiBand is an 8-piece band that fuses Shigin, poetry recitation rooted in Japanese traditional performing arts, Wagakki, traditional Japanese musical instruments, and rock music to bring a fresh and yet authentically Japanese live show. Their YouTube smash hit,“Senbonzakura” has over 34 million views and counting and their latest single, “Hangeki no Yaiba” is the theme song for the dTV original series of mega multimedia hit, “Attack on Titan.”

The band played to a sold out Club Nokia L.A. Live crowd as part of the Anime Expo in July 2015 and performed on Good Day L.A. They have been making waves with their mix of classical Japanese musical tradition and modern rock reaching #1 on the Japanese charts with their September 2015 sophomore LP, YASOUEMAKI, as MTV Japan named them an Artist To Watch. YASOUEMAKI is available in the US at iTunes, Spotify and other online stores.

Front woman Yuko Suzuhana is in fact the champion of a nationwide Shigin contest. Backing Suzuhana are 7 members playing traditional instruments including Shakuhachi (bamboo flute), Shamisen (3 string guitar like instrument), Koto (Japanese Harp), and Taiko (Japanese drum). They released their debut album Vocalo Zanmai in 2014, which hit Top 10 twice during a 22-week stay in the Top 100 of Japan’s Oricon weekly charts while their video for “Senbonzakura” hit 10 million views within a few months of release. The video now boasts over 34 million views.

On January 6, WagakkiBand played for over 10,000 fans at the legendary Budokan and a few US fans traveled all the way there to see them play.

Doors opens at 7pm and Show starts at 8pm.