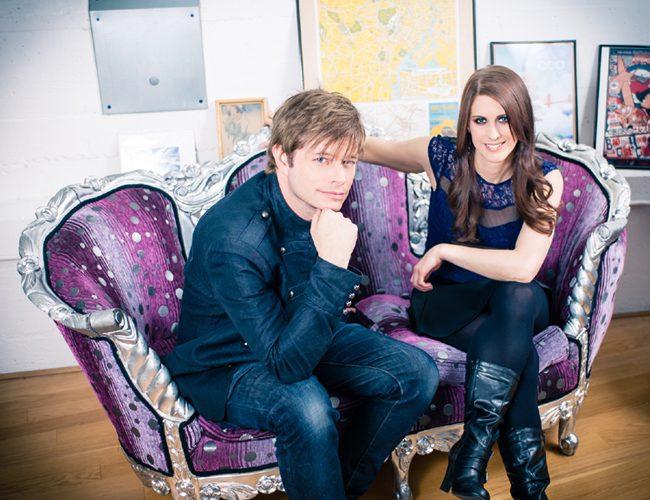 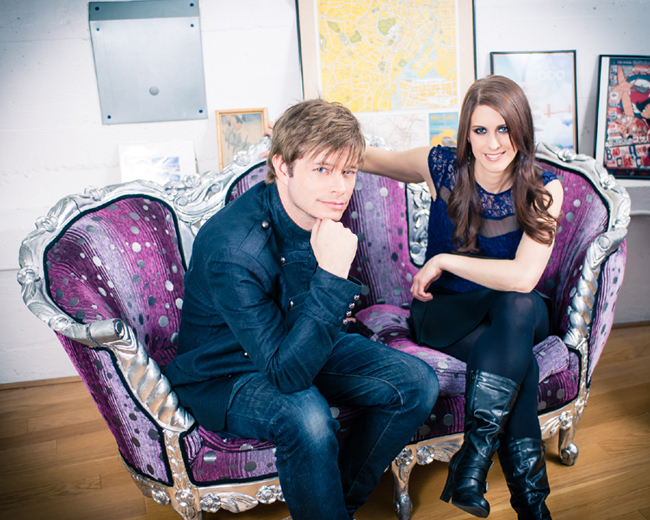 Los Angeles J-Pop promoters Tune in Tokyo and Tekko 2015 present a J-Pop and K-Pop dance party on Saturday, April 18th 2015. Dance to the best in global dance pop and enjoy the latest music videos from Japan, Korea and throughout Asia! DJs Greg Hignight and DJ Ally will be behind the decks, bringing the sound of LA’s long-running club event to Tekko 2015. Naughty and Nice are welcome! But who says you can’t be both?

The event kicks off at 10 PM following the Rookiez is Punk’d concert. The setlist will include J-Pop, Idol Pop, K-Pop, electrohop, Anisong and electronic dance music representing the latest music pumping from Tokyo, Seoul, Bangkok, Los Angeles & more! All ages!

DJ Greg Hignight co-founded Tune in Tokyo, the first monthly event in Los Angeles for Japanese and Asian pop in 2008, weaving together the vibe of Indie dance clubs with Harajuku and Shibuya-influenced fashion parties. He has been featured on NHK’s J-MELO andTokyo Kawaii TV, and is also a music event producer and consultant, and a staff writer for NekoPOP (http://nekopop.com).

DJ Ally graduated from New York University’s Tisch School of the Arts with an Honors B.F.A. in Dramatic Writing for Film and Television, and is an actress and writer. She has appeared in TV series including Law and Order and Jimmy Kimmel Live! in addition to her role in Tune in Tokyo.

Tekko 2015 and Tune in Tokyo are thrilled to present this unique dance event as part of this year’s exciting convention! Whether you’re grooving to your favorite artists or looking to discover something new, the Naughty and Nice J-Pop x K-Pop Dance Party offers a fresh, global spin on Tekko’s Saturday night!

Greg and Ally will be presenting panels on J-Pop, K-Pop and the global music industry during the weekend. Get all your questions answered about Japanese and Korean pop in the global market, and what it takes to DJ and perform in a world where musical borders are disappearing, and new frontiers are being created!

Tune in Tokyo will also spin at the Lolita Fashion Show Friday night! 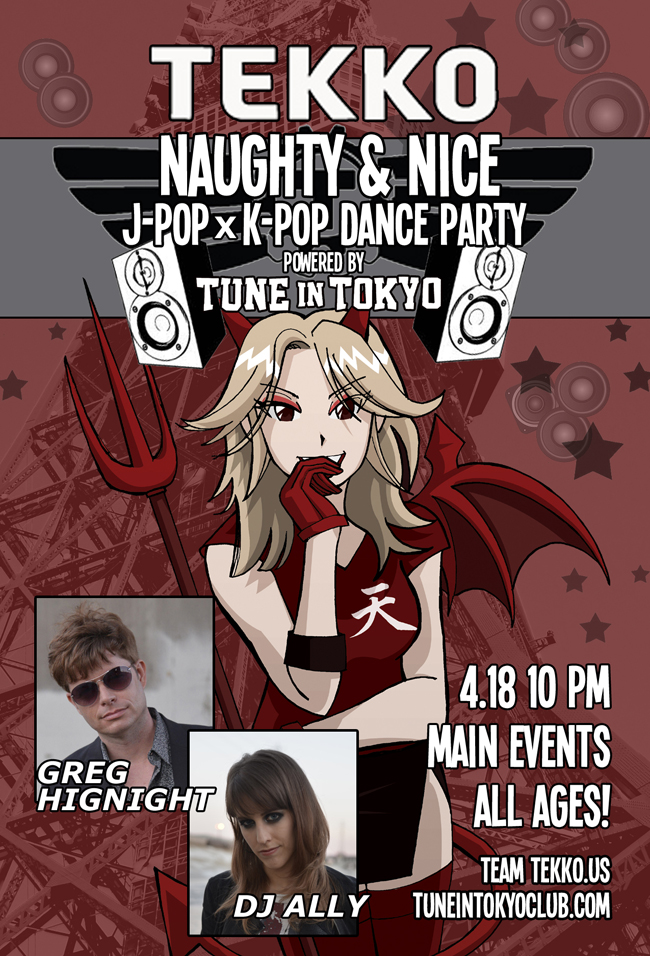