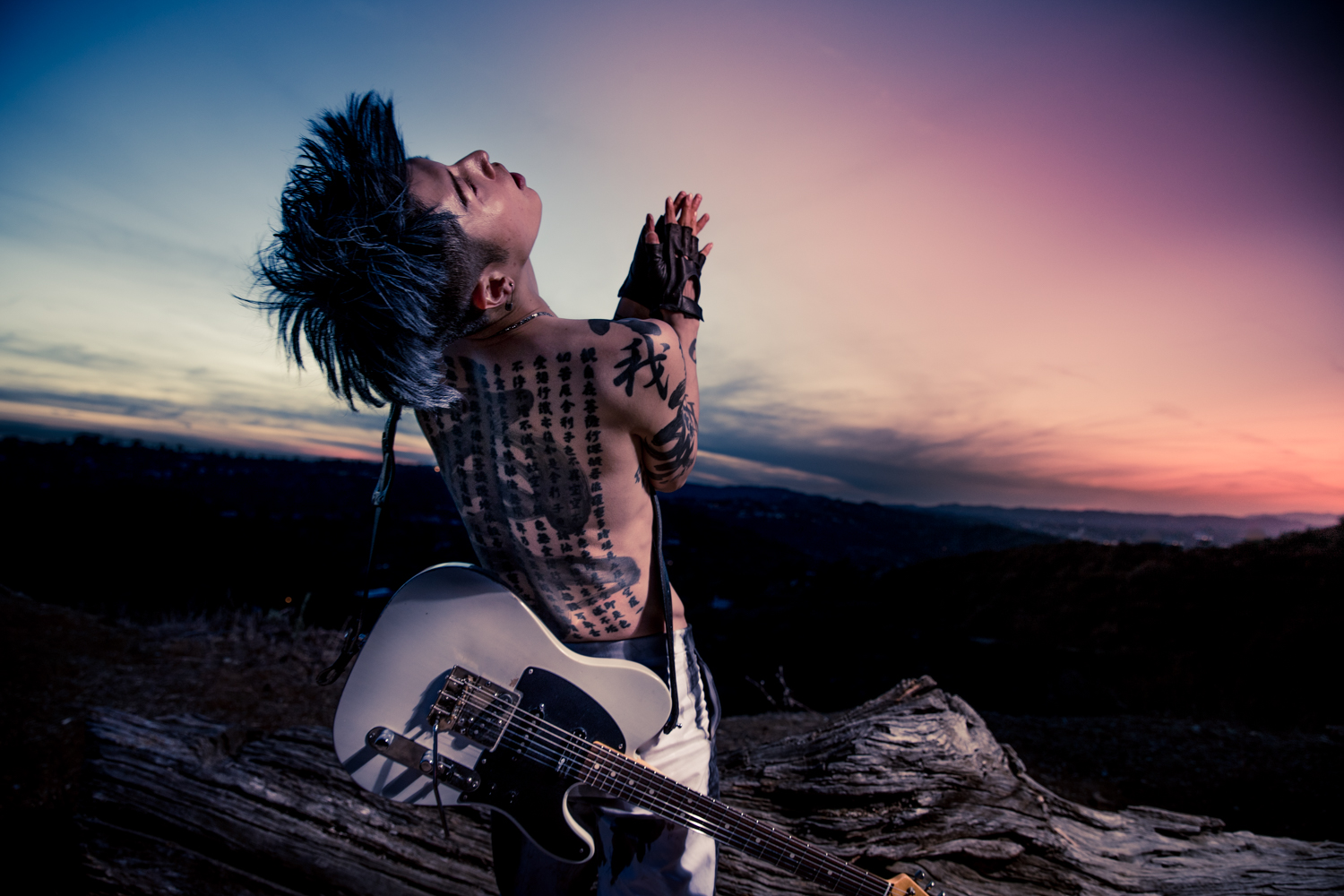 Los Angeles, CA – FAKE STAR presents MIYAVI at Anime Weekend Atlanta! The samurai guitarist shows no signs of stopping any time this year, having already collaborated with 88rising and Yohji Yamamoto and performing on his world tour “DAY 2” since March.  Those who miss the U.S. leg this month will have another chance to experience the energy of his live concerts in September. This will be MIYAVI’s first convention attendance in almost 10 years. He will participate in autograph sessions, a panel, and perform live on the main events stage.

Anime Weekend Atlanta (AWA) is the largest anime convention on the East Coast and is held annually at the Cobb Galleria and Renaissance Waverly Hotel in Atlanta, Georgia. AWA will be held September 20-23, 2018.

MIYAVI has gained recognition around the world for his unique finger-slapping guitar style and diverse music. Four years into his solo career, he joined the J-rock supergroup S.K.I.N. with GACKT, SUGIZO (LUNA SEA, X JAPAN), and YOSHIKI (X JAPAN). In 2013, MIYAVI reached a pivotal point in his career with his self-titled album “MIYAVI”, charting #8 on the Oricon and Billboard Japan. During this time, he became an UNHCR ambassador to further spread his message of peace through music.

Since then, MIYAVI has collaborated with other creators and artists, the most notable being Angelina Jolie and Yohji Yamamoto. Jolie handpicked MIYAVI to act in the 2014 film Unbroken, where he had his Hollywood debut as “The Bird”. This past January, he walked the runway for Yamamoto in Paris. His latest album “Samurai Sessions Vol.2” features famous Japanese artists, such as Hyde (L’Arc-en-Ciel, VAMPS), masato (coldrain), KenKen, SKY-HI, Daichi Miura, and VERBAL, among others. In April, he collaborated with SCANDAL to celebrate Fender’s “Made in Japan” pride.

MIYAVI’s acting career continues with two feature anime live-action films this year: Bleach (as Byakuya Kikuchi) and Gangoose (as Tomoya Adachi). While in the middle of a world tour to promote his new album, MIYAVI continues to release new singles each month with no signs of stopping.

Consistently aiming for the next level, fans refer to MIYAVI as the “Samurai Guitarist.”

Catch MIYAVI live while you still can:

MIYAVI is gaining recognition around the world for his unconventional style of playing the guitar—not with a pick, but with his fingers and his “slap style,” which is like no other. With multiple successful world tours under his belt, MIYAVI gathered attention from other artists and creators in the field, becoming more prolific in his career. Most notably he worked with Angelina Jolie in the 2014 film “Unbroken”, making his Hollywood debut acting as “The Bird”. Inspired by the message of peace from his acting debut in “Unbroken”, MIYAVI became an UNHCR ambassador to take action.

Now, MIYAVI continues to make his own path for his artistic career. He started collaborating with Asian internet sensations 88rising in January 2018, releasing covers of smash-hits and freestyle battles. He caused an uproar when casted as Byakuya in the anime-based Bleach live-action movie, set to release July 2018. As he continues his world tour, he has maintained a monthly campaign of high profile single releases with no signs of stopping.

Anime Weekend Atlanta is the largest anime convention on the East Coast. AWA is a 4 day celebration of anime, manga and Japanese culture that is held annually at the Cobb Galleria and Renaissance Waverly Hotel in Atlanta Georgia.

Anime Weekend Atlanta will be held September 20 – September 23, 2018. AWA runs 24 hours starting Thursday afternoon until Sunday Evening. 4 day memberships are available online now for adults (ages 13+). Children 5 and under get in free. You can purchase memberships online at https://awa2018.eventbrite.com or at the door, where 1 day, 2 day, 3 day and 4 day memberships are available for both adults and children. More information about guests, events, vendors and more check out awa-con.com.