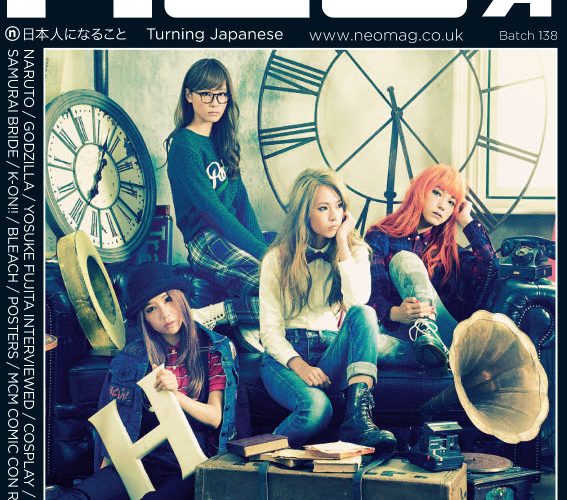 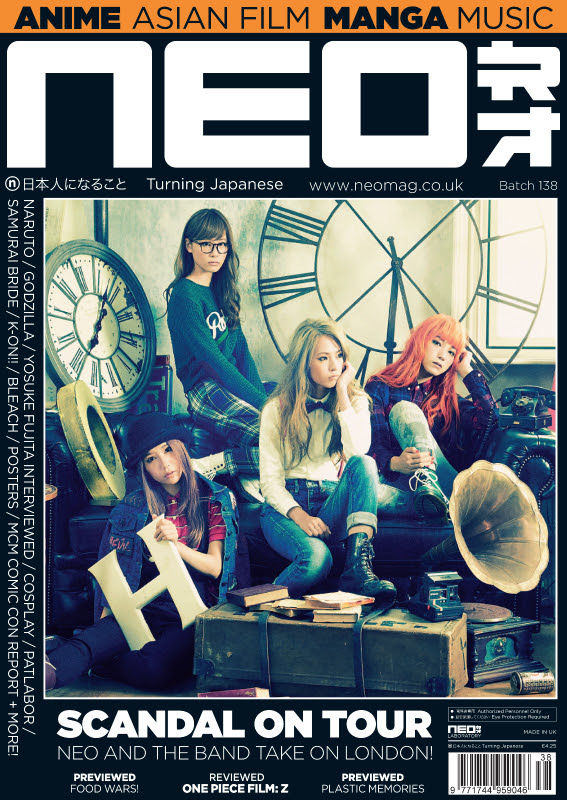 SCANDAL, one of Japan’s most powerful all-girl rock bands, will feature on the cover of issue 138 of NEO Magazine in the UK from 12 June 2015, following the successful conclusion of their first world tour, their latest music video passing one million views on YouTube, and the release of two international albums in the last six months through London’s JPU Records.

It’s the first time a band has featured on the cover of the British anime, manga and Asian pop-culture publication since beginning ten years ago under publisher Uncooked Media. Fittingly, SCANDAL has also has their music used in hugely popular anime asBleach, Fullmetal Alchemist and the latest Pokémon film.

The issue of NEO boasts an extensive six-page interview with the band, including exclusive photos from their sold out show at the O2 Academy Islington, as well as the group’s first time sight-seeing in London, including their homage to musical heroes The Beatles whilst visiting Abbey Road Studios, and rock legends Oasis in recreating the cover of (What’s the Story) Morning Glory?. Two full-A4 posters are additionally included.

Editor Gemma Cox comments; ”NEO 138 is truly an issue dear to our hearts, as it’s the first time in our decade-long history that we’ve featured a Japanese band on the front cover. Asian music is one of our passions at NEO, and we could not think of a better band to celebrate this with than SCANDAL, the all-girl group currently taking the world by storm! Powering through the charts with their latest album releases, HELLO WORLD and UK-and-Europe exclusive GREATEST HITS, there was never a better time for us to speak to the girls than during their brief stop in London as part of their tour. We hope SCANDAL-fans and music lovers enjoy our extensive coverage in NEO 138.”

SCANDAL’s latest studio album HELLO WORLD is their eighth to be released, and reached number three in Japan’s Oricon Album Chart when it was originally released in Japan from Epic Records, owned by Sony Music Entertainment Japan. It was SCANDAL’s first album to be released in the UK through independent label JPU Records Ltd. at the start of 2015, and was followed up by an exclusive compilation from the British label entitled GREATEST HITS, which sold out of initial print before release date in May
2015.

Issue 138 of NEO Magazine is available from magazine stockists from 12 June 2015, as well as its homepage www.neomag.co.uk/magazine. 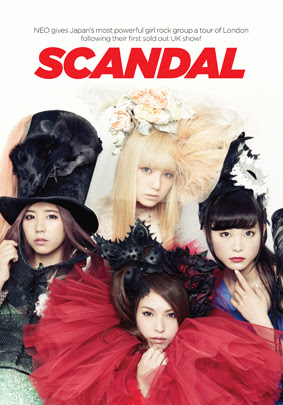 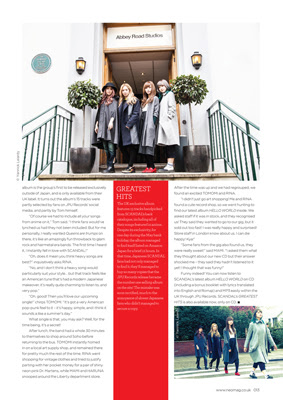