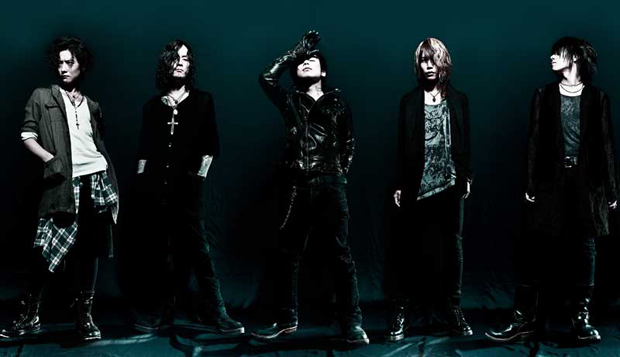 Join JRockRevolution.com for a night of fierce competition and awesome prizes!
Band by band, you’ll go head to head with other fans featuring the two songs by Dir en grey in the Rock Band video game. Learn about the band, the music, the video game and more while having fun and showing off some music and video game skills. Prizes are varied and will be viewable at the convention.

Complete four-man bands have priority of competition. Each band will be scored by individual skill on Medium or Hard levels (scores are tallied as 0-100%; we’ll average out the group score). Once the bands are finished competing, individuals will have a chance to compete on vocals, guitar, bass and drum! You must pick either Dozing Green or Hageshisa to, Kono Mune no Naka de Karamitsuita Shakunetsu no Yami. Say it all in one breath and get a special treat (disclaimer: there is no cake).

Have your band arrive in cosplay and be entered for special consideration for best band representation. Bring in a non-playing fifth member to complete your band! Photos will be taken and posted to our website. You may also appear on a future YouTube video showcasing the event!

It will be in the the Khmer Ballroom, the Console Gaming Hall. Because we are running from midnight to last band standing on Friday, May 31st, we hope you’ll not only sign up, but come participate! Our audience will be choosing the Best Of awards for categories such as (but not necessarily or limited to) Best Costume, Best Vocalist, Best Stage Presence, and more!