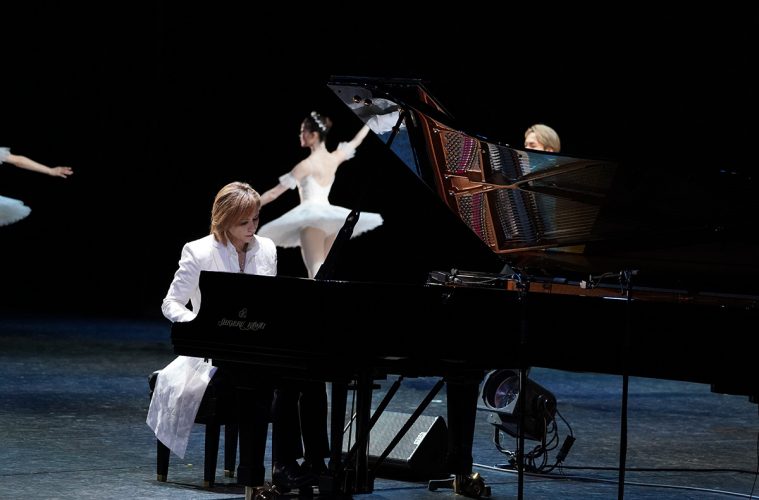 YOSHIKI’s final performance of Anniversary in the Heisei Era

YOSHIKI gave a special performance of his composition “Anniversary” at the “Principal Gala 2019″ presented by the Asami Maki Ballet on March 16 and 17 in Tokyo.

“Anniversary” was composed in 1999 by YOSHIKI at the Emperor of Japan’s request to celebrate the 10th Anniversary of his reign. The 2019 performance marked the final time the song would be presented in the Heisei Era before Emperor Akihito abdicates the throne in April.

YOSHIKI played piano accompanied by a live orchestra and an elegant dance created by Asami Maki, the renowned choreographer of Japan’s leading ballet company. After the completion of the performance, the audience broke into thundering applause and a standing ovation.

At the time the song was originally composed, YOSHIKI was in deep despair due to the breakup of X JAPAN and the death of his band member and dear friend HIDE. When YOSHIKI received the offer to compose the commemorative song, he used all his strength to create the special concerto which also marked his personal turning point as an artist.

“I wish to go forward with hope into the next era while still looking back to the past,” YOSHIKI said. “As an artist, I want to continue making work that gives people hope.”

The Principal Gala 2019’s final concert on March 17 was broadcast live worldwide on “Yoshiki Channel” as fans from several countries expressed their amazement and appreciation.

YOSHIKI reflected on the event, saying, “It’s like a dream to collaborate with the members of a ballet company for ‘Anniversary’, the concerto I composed to commemorate the Emperor’s reign 20 years ago.”

YOSHIKI had just completed live performances of his composition “Miracle (Sarah’s Version)” with Sarah Brightman in San Francisco and Los Angeles before immediately returning to Japan for the event.

Earlier this month, PBS premiered a one-hour version of “YOSHIKI – Live at Carnegie Hall” on WNET Thirteen, the nation’s #1 public television station, with additional U.S. markets to be announced soon.