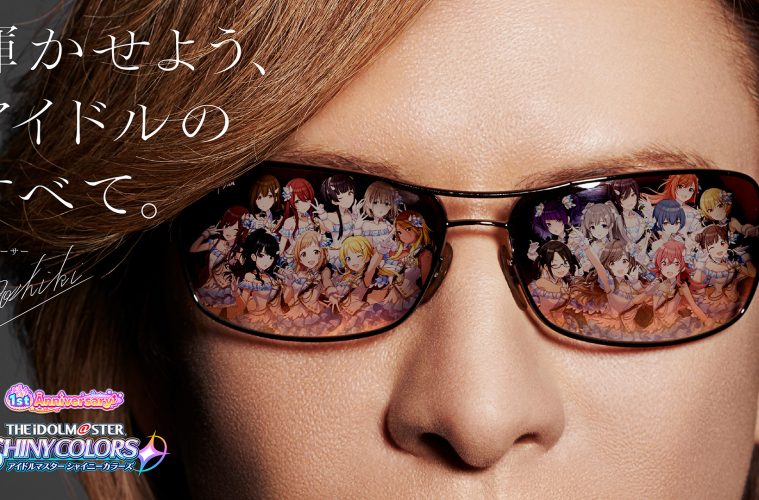 YOSHIKI creates the “S” pose (based on his famous “X” pose) for Bandai Namco’s first anniversary campaign for the top-selling smartphone game THE iDOLM@STER: SHINY COLORS.

“I’m also active in various ways as a producer, but I had an image of the world of idols as being at the opposite end of the spectrum,” YOSHIKI said, “so when I received the offer, I was surprised but also happy, and it was a refreshing experience.”​

Bandai Namco’s campaign featuring YOSHIKI can be seen in TV spots, print advertisements, and billboards across Japan, as well as a special website with an exclusive interview and a behind-the-scenes video about the commercial.