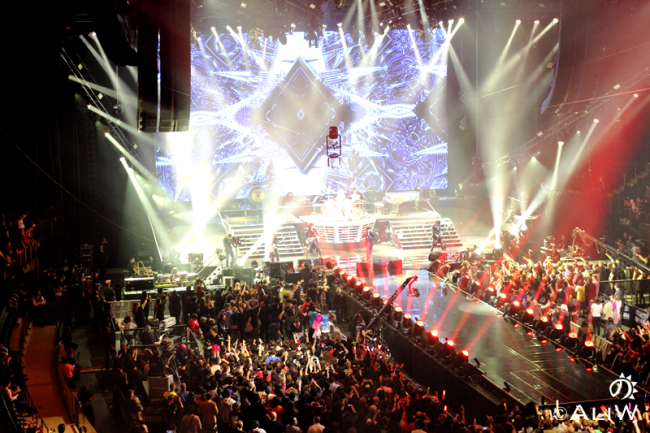 If you’ve ever so much as dipped your toes into the world of Japanese rock music, there is a very good chance you’ve heard their name. You might have heard the stories about X – a big Japanese rock band in the 80s and 90s, creators of ‘visual kei’, the epicness, the height of their success, their disbandment, and then their revival in more recent years. The one thing that has held X Japan going strong for the past 20+ years are their fans.

The dedication of the X Japan fanbase is unlike any other. The diversity and dedication of the fans of this band is one of the greatest I have ever seen with a Japanese rock band – fans literally range from all ages and nationalities. As with any band, you will have fans that have recently discovered X – there are always new people discovering their music. But more so, and very impressively, are the fans that have followed the band since their beginnings in the 1980s. The fans who literally grew up with the band – those who saw X Japan on their TV as children and always wanted to see the band in person. I’ve met people in their teens who love X, I’ve met those who are the same age as the band, and I’ve met fans who are grandparents – and everywhere in between. I love hearing stories from X Japan fans. It is very eye opening to hear how somebody discovered X Japan, what got them into the music, and why they’ve seen the band, be it one time or twenty times. And X fans are more then happy to share their stories.

For the Madison Square Garden show, I would venture to estimate more then half the audience was not from New York City or its surrounding areas. People came from not just all over America – but all over the world. Japan is the most obvious of where fans came from, but people came from other parts of Asia, from South America, from Canada and across the country from Los Angeles, California to name a few.

X Japan allows fans to break the barrier of language. I might not speak Japanese, or you might not speak English, but we can still be friends and understand each other due to the mutual understanding and love of X Japan’s music. We can sing the lyrics together. We can cry with each other and with the band – when Yoshiki told his story of how the band formed, as he and ToshI met as children and formed the band when they were 10 years old. When ToshI sang ‘Forever Love’ – our emotions were the thread that connected each and every person in that venue, and every person watching the broadcast in Japan.

Fans with General Admission standing room tickets lined up early the morning of the Madison Square Garden show. They came prepared with blankets and umbrellas to compete with the endless rain, which was only fitting for a band that is fond of using the theme of rain in their songs. Queuing up hours in advance may seem dreadful to some, but to many Jrock fans, it is one of the great experiences. Queuing means spending time with old friends, ones you often will only see at concerts. It means making new friends with those sitting around you. It means having a common bond with these strangers, and now suddenly, you have more in common then you ever imagined and that door of possibility to become good friends opens up. X Japan’s show in NYC in 2010 had a line which began days (yes, days) in advance of their performance; by comparison, a few hours the day of the show was nothing to these dedicated people.

I myself won a contest to earn a spot in the VIP section in front of the stage, in front of Pata. I was next to a woman from Japan. She is the same age as Yoshiki and used to cosplay him in his outfits of younger days. She spoke English well enough that we could communicate with each other. She wasn’t the only one who traveled far or had followed this band for more then half her life. But for that time we were next to each other, I felt a connection to her. We were friends, even if only briefly. (And with social media today, the connection and friendship doesn’t have to end!)

As the band members played an almost 3 hour long setlist, as they looked out into the audience you could see on their faces how they appreciated everyone who came to see them perform. Sugizo was smiling as he threw out a guitar pick and strode down the walkway playing his guitar; Yoshiki running down the runway, throwing roses and ultimately throwing himself into the audience with no prior warning. He trusted his fans to catch him, grinning from ear to ear as he used the catwalk as a launch pad. Supporters were more then happy to let Yoshiki fall into their arms, being close to someone they surely admire greatly. Audience members could be heard calling out their favorite members names in any quiet breaks between songs throughout the night, letting the band members know they cared about them.

Moments that particularly stood out were when ToshI was singing a chorus, and took the microphone away form his mouth, allowing the audience to sing for him. During their newer English songs, such as ‘I.V.’ and ‘Hero’, ToshI taught the audience the lyrics so they would be able to sing along. ‘Hero’ even had an accompanying set of lyrics on the screen at the back of the stage! The Japanese songs likewise had a nice sing along going from both American and Japanese fans. When you listen to a song enough, you know the lyrics, even if you cannot fluently speak the language, and this just proved that to be true.

Three hours flew by in the blink of an eye, both a very long show and yet, not long enough. Nobody wanted Yoshiki, ToshI, Pata, Sugizo or Heath to leave the stage – but inevitable, one by one, they did. Many fans collected the red ‘x’ confetti that had streamed into the air during the end of the show, as a keepsake. Many also posed with ‘x’ arms in front of the stage, getting one last photographic memory before being ushered out of the venue. Friends gathered outside the venue even after the show to continue to take photos with each other in front of Madison Square Garden, or a photo of one of the many impressive X Japan cosplayers, or to simply talk about the incredible show they had just witnessed.

This is the show that will live in the hearts of all attendees for a very long time. X at MSG will be one we will all be telling stories of, recounting our tales of, for many years to come. 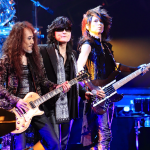 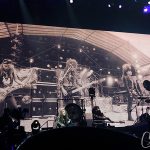 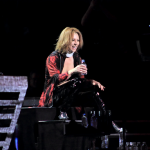 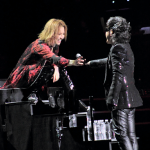 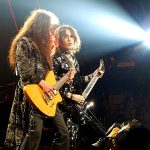 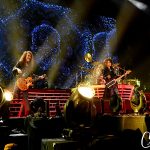 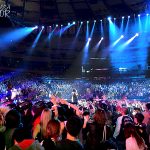 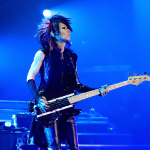 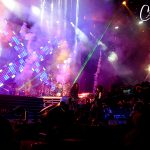 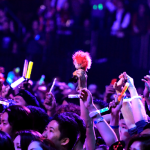 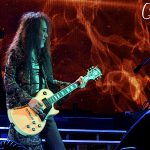 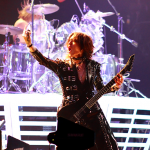 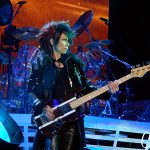 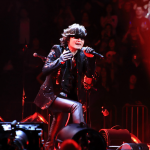