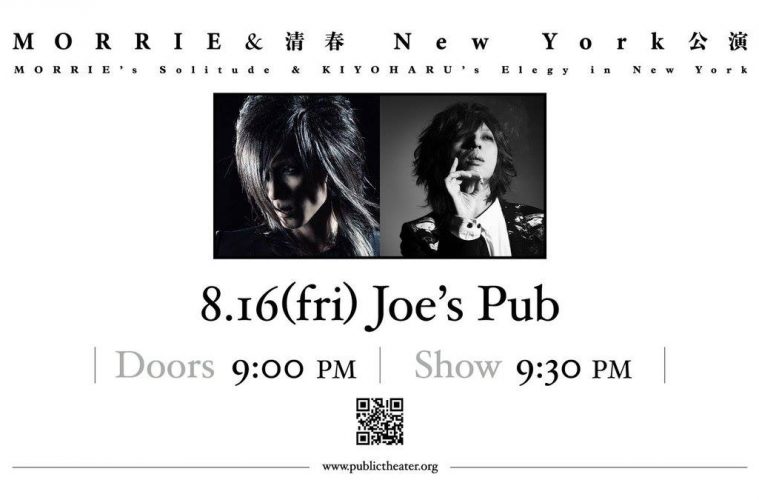 MORRIE and KIYOHARU will perform separate sets–intimate solo selections of songs from their past and present, with connections and disconnections. This is their first appearance on a collaborative sonic journey.

The legendary singer and founder of the Japanese bands DEAD END and Creature Creature, MORRIE has a vast discography of 14 studio albums and performances. He has influenced many instrumentalists and vocalists with his vocal depth, rich colors, and range. MORRIE’s philosophy and approach to art inspires the aesthetics of music and life.

The frontman of two popular and influential Japanese bands SADS and KUROYUME, KIYOHARU was the opening act for David Bowie’s 2004 tour in Japan. Since then, he has released 10 solo albums and numerous solo performances. KIYOHARU’s vocals have both a powerful sensuous capacity juxtaposed by sensitive elegance.