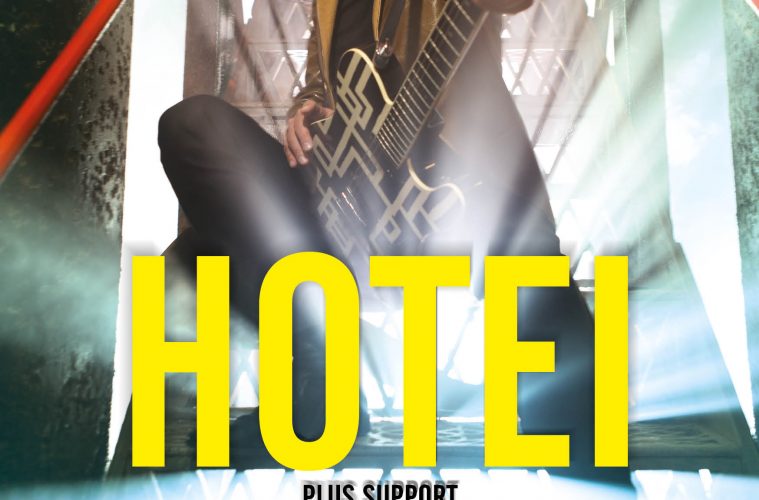 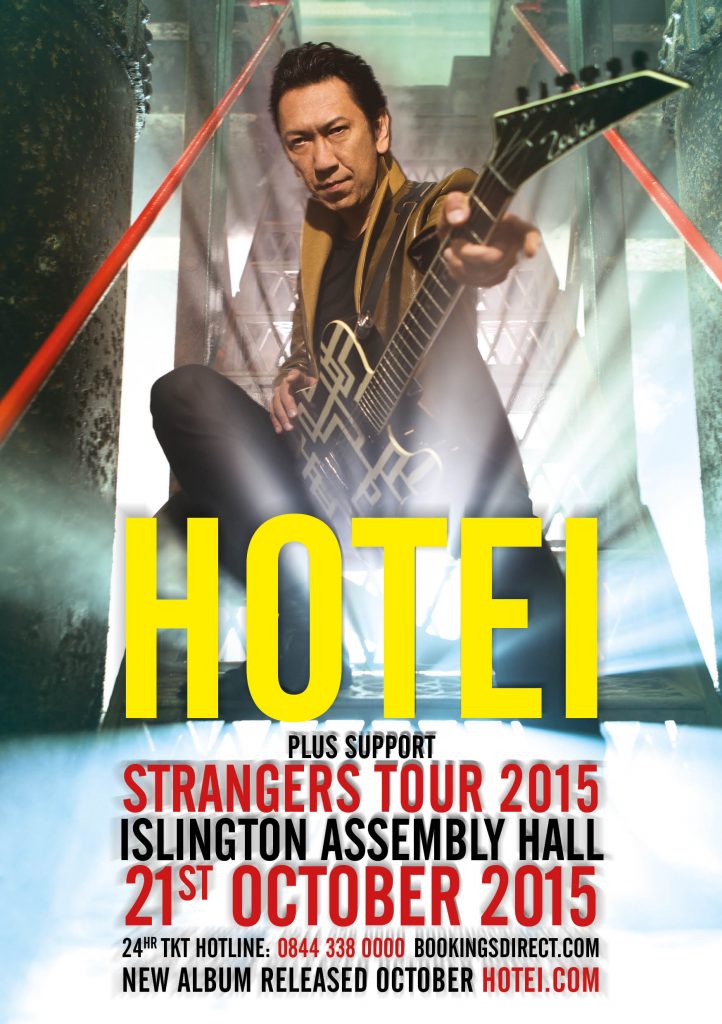 HOTEI has announced the release of his new album ‘Strangers’, the first international release of his stellar career on October 16th through Spinefarm Records. The album features an array of impressive guests including the godfather of punk Iggy Pop, Emigrate/Rammstein’s Richard Z. Kruspe, Bullet For My Valentine’s Matt Tuck, Noko from UK electronic band pioneers Apollo 440, and acclaimed Texan singer Shea Seger.

Having sold more than 40 million records in his native Japan, Hotei is best known around the world for his original song, ‘Battle Without Honor Or Humanity’, instantly recognisable as the theme from Quentin Tarantino’s film Kill Bill, and included here as the dramatic closing track.

‘Strangers’ demonstrates Hotei’s diversity as a songwriter and virtuoso guitarist, mixing instrumental epics with contemporary masterpieces such as ‘Move It’, an upbeat industrial thumper featuring Emigrate/Rammstein guitarist Richard Z. Kruspe on vocals, following on from Richard’s ‘Silent So Long’ album – his second release in front of the microphone with his new band Emigrate.

Opening the album with the eerie surf-inspired instrumental ‘Medusa’, ‘Strangers’ is a body of work with a wide-ranging sonic palette, ripe with cinematic drama as displayed to huge effect on the atmospheric ‘Kill To Love You’, a dark and emotive track featuring Bullet For My Valentine’s Matt Tuck on vocals as you’ve never heard him before.

With the abrasive roar of Iggy Pop on two tracks, including recent single ‘How The Cookie Crumbles’, alongside vocal contributions from Noko and Shea Seger, the unifying nature of Hotei’s guitar work and electronic wizardry produces a genuinely unique, futuristic, thoughtful and diverse album – equal parts rock, dance, punk and electro.

Hotei comments, “British rock has always been a great source of inspiration to me and now living in London with a fresh start, ‘Strangers’ allows me to take a step out of this new and relatively anonymous space to introduce myself. A stranger to many, remembering the days when I was young and just starting out, playing gigs to a room of only 20 people, I want to connect with people individually and let them understand me through my music.”

Hotei’s career began over 30 years ago in the early 80s as the guitarist in the legendary Japanese rock band BOØWY (pronounced Boy), who enjoyed phenomenal success and are one of the most popular Japanese rock acts of all time. In 1988, Hotei established himself as a solo artist, kicking off this new chapter with the album ‘Guitarhythm’, recorded at Abbey Road Studios in London.

Sought-after as a collaborator both in the studio and on stage, Hotei has previously joined forces with music royalty such as David Bowie, Andy Mackay (Roxy Music), INXS, Blondie, Joni Mitchell, Darren Price (Underworld) and more recently performed with The Rolling Stones on their 50th Anniversary tour.

Now living in London to focus on his international career, Hotei has headlined sold-out shows in the capital at the Roundhouse (2012), and Shepherd’s Bush Empire (2013), and recently played a one-off intimate show at The Lexington, North London, to showcase ‘Strangers’ material; here, he was joined by album guests Apollo 440 and the alluring Shea Seger on vocals.

Hotei will be playing live at the Islington Assembly Hall on October 21st.

Pre-orders are available now for Strangers here, likewise all pre-order copies will be signed by HOTEI: