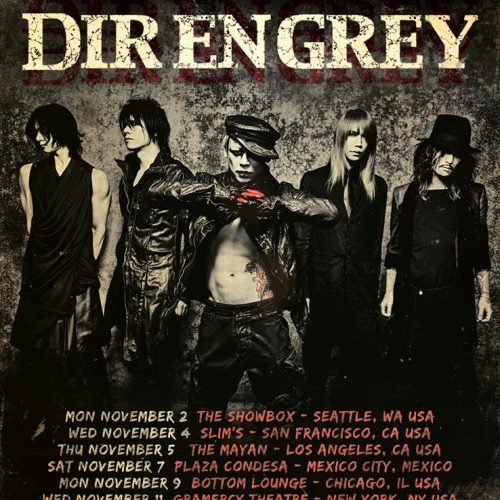 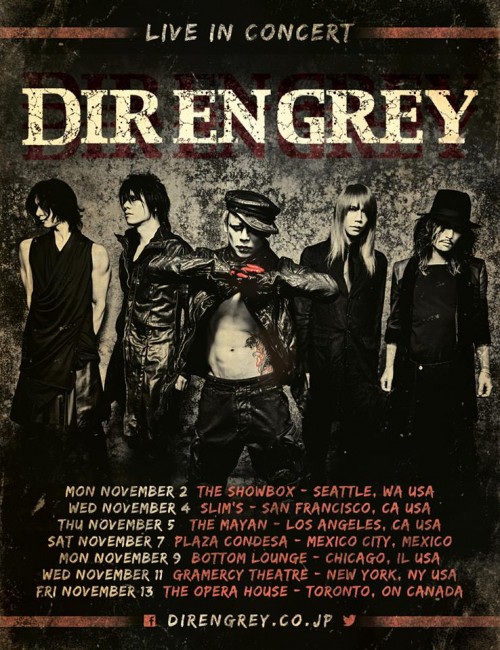 TOUR15 NEVER FREE FROM THE AWAKENING

Dir en grey are long overdue for a North American tour. Much has gone on with the band and its members over the last year or so, but fans in North America can rejoice that the Japanese rock stars are returning for a too brief tour of the U.S., Mexico and Canada. Check out the dates below for a city near (or maybe not near) you! Tickets should be on sale as of now, so check out the links to make sure you’re heading to the correct site for the correct venue!