It has been two years since Dir en grey last toured North America, and judging by the crowd reactions, it was clear the band was dearly missed. This tour is named “GHOUL” and the band took the name to heart. For most shows, vocalist Kyo had his face painted in ghoulish makeup, as a skull, and the paint continued onto his bare chest ending in an open, staring eye. He also kept a veil over his head, partially covering his face for a good portion of the hour and half long set. Based on the smiles on all the members’ faces throughout and at the end of the shows, the band missed North American just as much as we missed them.

Dir en grey is a sight to behold. All members have a wonderful stage presence, from Die and Kaoru on guitars, opposite sides of the stage and opposite attitudes, to Toshiya bounding about on bass, to Shinya in the back, powerful on drums, and of course Kyo on vocals on center stage.

A highlight of the show was Kyo turning his back to audience, to face into a camera whose image was projected on a large screen on stage during the Blossoming Beelzebub song. He kept himself covered in the veil, and made wild expressions and inhuman sounds. It was certain a sight to behold, Kyo expressing himself fully and completely as an artist.

Throughout the night the band played new, redone versions of old favorites from their recently album “The Unraveling” which had the crowd going wild. If this was your first tour seeing Dir en grey or you are a DEG veteran, it is clear they never fail to put on an incredible show of sight and sound. Each show is unique, never quite the same as the last – and that’s how live music should be, always evolving and growing, as Dir en grey themselves are constantly doing.

Outside the Bluebird Theater, it was a bit chilly in Denver, Colorado. But that didn’t stop the line that has started at the door, bright and early at 7 AM. People had traveled far from their homes to participate at Dir en grey Denver show that evening, some came from as far as Norway. The fans had no trouble accommodating to the weather, coming together to socialize and share their joint interest.

JRockRevolution.com (JRR) showed up that afternoon, as promised, with animal crackers, water, and a pair of rabbit ears. JRR joined with the crowd, passing out stickers and fliers and then questioning if they still have toes. Once the doors opened, there was little stopping the fans from filling up the front of the stage, politely organizing with each other to get comfortable.

Dagoba, the metal band from the south of France, opened the show. Warming up the crowd through jumping and nonstop headbanging. After a couple shot of Fireball whiskey, there were little boundaries between the band and the fans, including the vocalist, Shawter, jumping off the stage to continue performing with the crowd to sing along.

Once Dagoba left the stage, there soon came the deafening cheer for Dir en grey. Kyo appeared with a shroud covering his face after his teammates has taken their respective place. Opening with strong guitars trolls, the crowd instantly threw themselves into the beat and melody of Reiketsu Nariseba (冷血なりせば). Following the strong and rough came The Unraveling, portraying an eerie feeling into the venue, amplified by Kyo’s theatrical performance with his back to the audience but through the big screen, exposing a ghastly face.

The essence that was purely Dir en grey scattered thoroughly through the venue, not a single participant was left untouched.

What seemed like the end of the show with the lingering aftertaste of Kasumi, Dir en grey returned with the explosive performance of The Final.  The encore was filled with voices, singing the Japanese lyrics along side with Kyo. With Hageshisa To, Kono Mune No Naka De Karamitsuita Shakunetsu No Yami as the last song of the night, no one would doubt the overwhelming feeling of being taken over, then release, only to feel a longing for more.

Bottom of the death valley 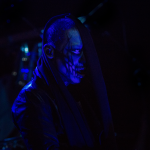 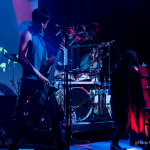 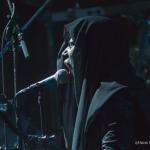 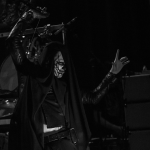 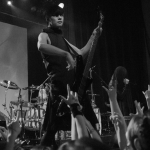 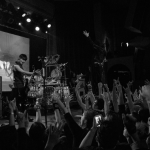 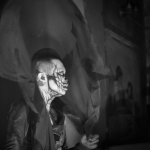 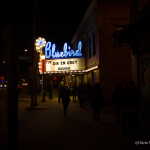 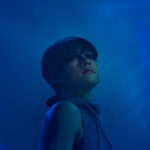 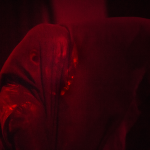 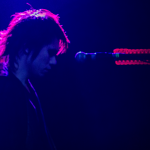