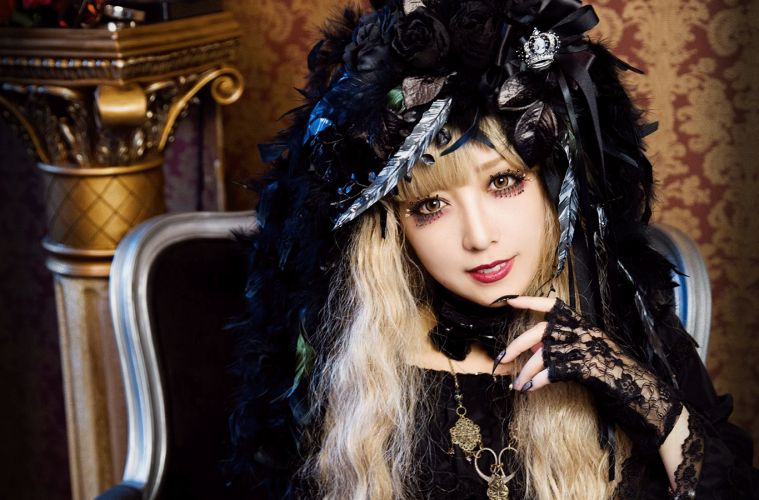 WALLY and ROTT were originally produced by one of the oldest live houses (music clubs), RUIDO, which was established in 1972. WALLY provides the streamlined sound/lighting system and ROTT brings the tech-savvy broadcasting capability. Mar Creation is aiming to introduce Japanese music and artists directly from the stage in Tokyo to American audiences via Veeps.The showtime is 10pm EST / 7pm PST on Saturday, February 27 and 12pm on Sunday, February 28 in Japan time so that viewers in both countries can enjoy the same show simultaneously.

Hollow Mellow is a Japanese gothic Lolita band led by a phenomenal singer-songwriter, Iruma Rioka. They will perform their original songs to American audiences online for the first time. More information about the band is available at https://irumarin.com.

In July 2015, Hollow Mellow made their U.S. debut at Tokyo In Tulsa in Tulsa, Oklahoma, following the release of their full-length album, Cinema Fantasia. They returned to the U.S. with a performance at Sabaku Con in 2016.

Hollow Mellow released the album, Enchanted, in 2017. The title track features the charismatic lolita icon, Misako Aoki, in the music video (MV). They appeared at NekoCon (Hampton, VA) in 2019. The MV for “The Red Shoes” premiered on YouTube in 2020. Iruma Rioka is working on a new release for 2021.

Shinjuku WALLY (Tokyo, Japan), originally named “Shinjuku RUIDO” in 1972, is a historically well-known music club in Shinjuku, Tokyo, that reopened in October 2020. It strives to become a pioneer in the music club scene. It has a modern sound/lighting system and a large backstage room with a capacity of 250 guests. WALLY offers various Japanese music from idol pop to rock.

Shinjuku ROTT (Tokyo, Japan) was produced by the RUIDO group (music club chain) and opened in February 2018. Due to Coronavirus guidelines and technical limitations of the broadcasting facility, they became independent from the RUIDO group and moved from Shibuya to Shinjuku in December 2020.

Following the guidelines for the Coronavirus pandemic, the club currently offers a no-audience concert and live streaming studio space with no customers.