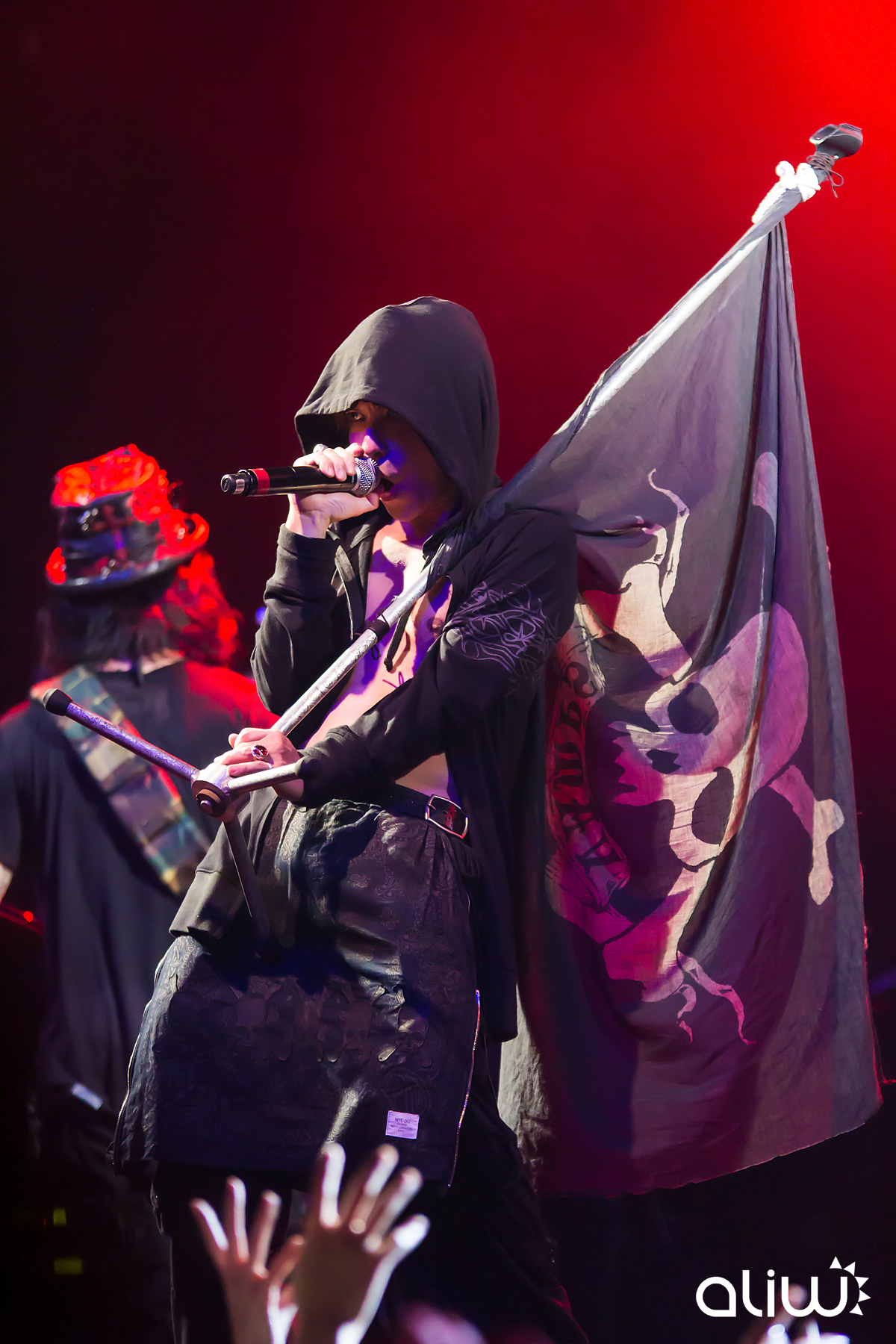 On November 6th, VAMPS played the Social Hall in San Francisco as part of the North American tour. Attendance was surprisingly low for the venue, which is in the same building as the larger Regency Ballroom where the GazettE had played only months before. The location of the venue is very accessible to Japan town where there is a plethora of restaurants and shops to be a tourist before the show. It’s also close enough to downtown to make Pier 39 and Fisherman’s Wharf, both local tourist spots, easily accessible as well.

When we cruised by the venue, there was already a line forming by late afternoon. By show time, the line went up the block and around the corner. It was nevertheless surprising to see the venue less than half full by the time Citizen Zero took the stage. During their robust set, the vocalist reminded fans just who they were there to see and riling them up throughout. It was refreshing to see an opening band give that much praise to the next band and I think it earned them some new fans in the process. Their sound was a good complement to VAMPS’s sound and it seemed a good choice to whet some musical appetites.

During VAMPS set, the crowd made up for a lack of numbers with sheer enthusiasm. So many fans were jumping that it could be felt in the floor at the back of the venue. Not many people visited the bar and most seemed focused on what Hyde, K.A.Z and the band members were doing to be bothered by thirst. Indeed, the whole band seemed to concentrate on their set with few animated moments or crowd interaction. Overall, it didn’t detract from the performance and when they ended with Revolution and Sex, Blood, Rock n Roll, the whole audience sang along.

In Los Angeles on November 7th, a quick drive by the venue showed a number of fans already lined up for the show. The El Rey Theatre’s interior was a great complement to the visual, vampire and energetic nature of VAMPS, I felt. Modern spaces with nostalgic Old World feel.

Just as  in San Francisco, CITIZEN ZERO opened for VAMPS, delivering a solid set list with breaks for amping up the crowd. Indeed, the band seemed just as eager as fans for VAMPS to take the stage and the shared enthusiasm carried up till the break between sets.

Los Angeles had a lot more fans in attendance. People milled about, met with friends and bought merch. Even I saw a few familiar faces at the show to greet while wandering about. But when the lights dimmed and it was time for VAMPS, the whole venue hushed and bodies moved en masse to be as close to the stage as possible.

Hearing fans cheer for their band can be deafening, but it’s kind of amazing to share in that vibe too. The moment the first song started, the crowd was hopping. The venue warmed up rather quickly, combatted by a refreshing pulse from the air conditioning. Hyde and K.A.Z were in top form. There wasn’t as much MC during this live, yet the connection between artists and crowd was obvious.

Among the songs played were Inside of Me, Sin in Justice, Rise or Die and, surprisingly, a cover of the Rihanna song Diamonds. For the encore, the whole venue reverberated with Revolution with Hyde displaying his signature flag. K.A.Z had a more somber presence onstage, seemingly focused on the music. By the time they finished with Sex Blood Rock n Roll, a new energy surged through both crowd and band to the very end. A few fans had screamed themselves hoarse and at one point a couple hopped on the shoulders of others for a brief time until security coaxed them back to their feet. Once the lights came back on, some lined up for the merch line while the rest of us spilled out into the sidewalk to relive the live with friends and other fans.

All in all, it was a good start to their tour. It wasn’t so long ago that VAMPS toured with Apocalyptica and then SIXX A.M. VAMPS is very different than the bands Hyde and K.A.Z have been in before. Of the bands from Japan that tour overseas, VAMPS is one that everyone needs to give a listen to. 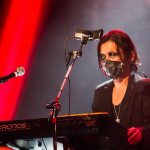 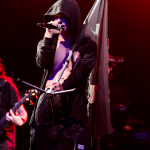 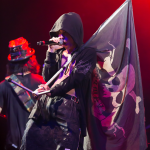 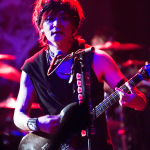 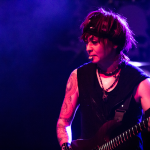 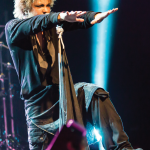 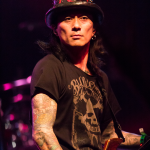 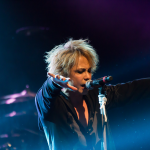 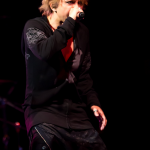 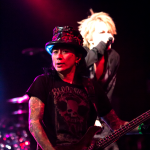 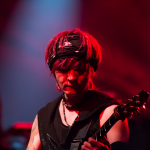 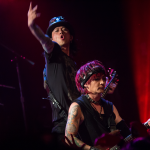 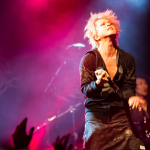 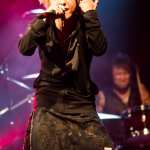 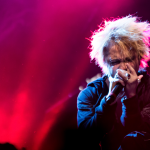 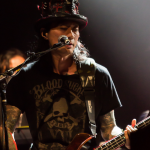 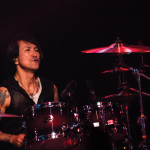 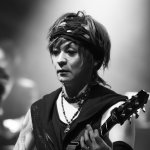 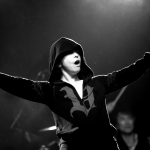