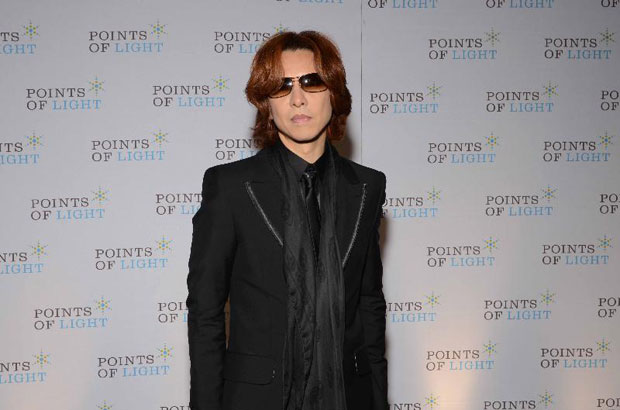 Private dinner with Yoshiki auctioned for $37,100

AUCTION FOR PRIVATE DINNER WITH INTERNATIONAL ROCK LEGEND, YOSHIKI, CLOSES AT $37,100 (US) 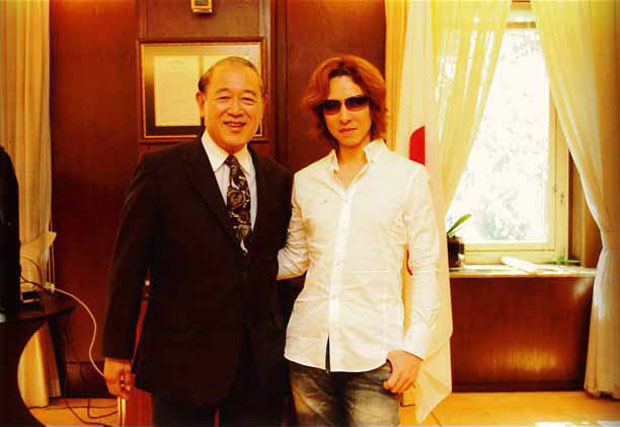 “The private dinner for two with super rock-star YOSHIKI is truly a rare auction item. Points of Light is proud that YOSHIKI is offering this opportunity to our lucky bidders,” said Neil M. Bush, chair of POL’s board of directors. “YOSHIKI’s dinner ranks as one of the coolest auction items ever.” 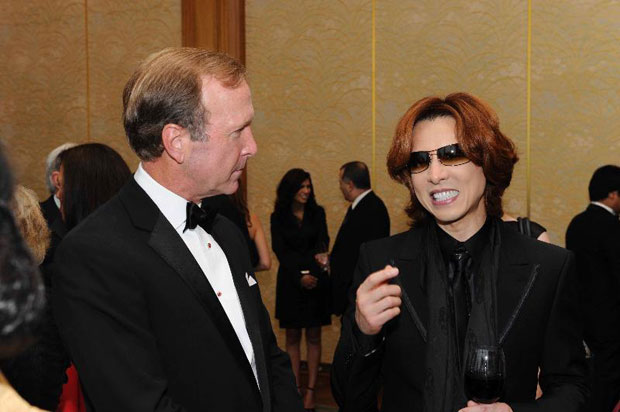 ABOUT YOSHIKI
Yoshiki, considered Asia’s most influential music artist and biggest rock icon, is also a songwriter, drummer, and a classically-trained pianist. His rock group X Japan has sold 30-million singles and albums combined and filled the 55,000-seat Toyko Dome a record 18 times. Now the band’s popularity is spreading throughout the world, having recently completed a sold-out World Tour, performing in North America, Europe, Latin America, and South East Asia.
In 1999, Yoshiki composed a piano concerto and performed it with a 77-piece orchestra to celebrate the tenth year of the Emperor of Japan’s reign. In 2005, Yoshiki composed the theme song and conducted the Super World Orchestra at the opening ceremony of the World Expo. Previously, Yoshiki also recorded a classical album co-produced and arranged by acclaimed Beatles producer Sir George Martin and performed by the London Philharmonic Orchestra.

Beyond music, Yoshiki has his own Visa Card and MasterCard issued by one of the largest Japanese banks. Recently, the legendary Stan Lee created a Super Hero based on him, and for the first time, a Hello Kitty product line is named after a person – “Yoshikitty.” In 2010, he launched his non-profit organization Yoshiki Foundation America , which continues to donate to various charitable organizations, including supporting Japanese Earthquake victims. Most recently in 2012, Yoshiki composed the official theme song for the Golden Globes, which aired in 190 countries.Follow Yoshiki on www.twitter.com/yoshikiofficial
www.yoshiki.net, www.xjapanmusic.com and www.facebook.com/YoshikiOfficial