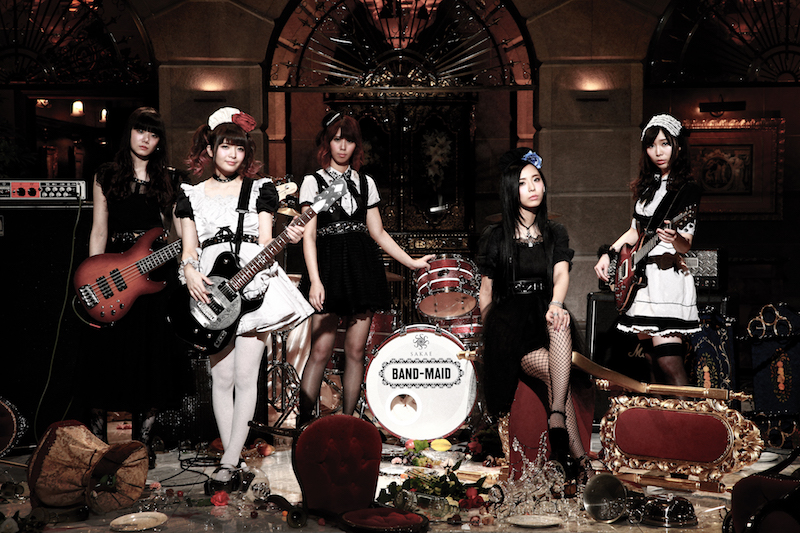 “Wailing guitar solos, huge choruses and punching hooks: They’ve got the attitude of Guns N’ Roses and the pomp of Def Leppard.” – Metal Hammer
“A cracking slice of catchy pop metal with some deceptively technical guitar work” – Huffington Post Blog
“They dress like maids and they definitely rock” – MetalInjection.net

After blasting in to the international rock scene last year, BAND-MAID return with their hotly anticipated first major album. Entitled Just Bring It, the 13-track album, released under Nippon Crown in their homeland of Japan, will hit the UK and Europe from 10 February 2017 through JPU Records in two editions; the regular edition and a CD and T-shirt bundle.

2016 saw the band embark on their first headline world tour, including a sold-out show at The Underworld in London, over a thousand fans descend on Mexico’s Sala as well as packed out club-events across France, Germany and Poland, along with comic con appearances in London, Spain and Italy. The same year also saw the international release of the band’s HMV recommended mini-album Brand New MAID which led to the Huffington Post Blog dubbing BAND-MAID “one to watch”.

“I flew over to Japan to check out BAND-MAID two years ago, and they haven’t stopped knocking my socks off since. Just Bring It is probably their most powerful record yet. I can’t wait to get them back overseas to hear it live” – Tom Smith, JPU Records’ founder and CEO.

BAND-MAID first caught people’s imaginations soon after the release of their first two music videos “Thrill” and “REAL EXISTENCE“, which have now achieved close to eight million views on YouTube. Central to their concept is “conflict”. Formed in 2013, founder MIKU KOBATO wanted to draw on her experiences working in one of Akihabara’s maid cafes, combined with her passion for rock music. The result is a band that keep defying expectations. Latest single “YOLO” is testament to this; an anthem with nods to prog-rock that manages to showcases the band’s technical prowess while also showing off BAND-MAID’s song writing abilities. 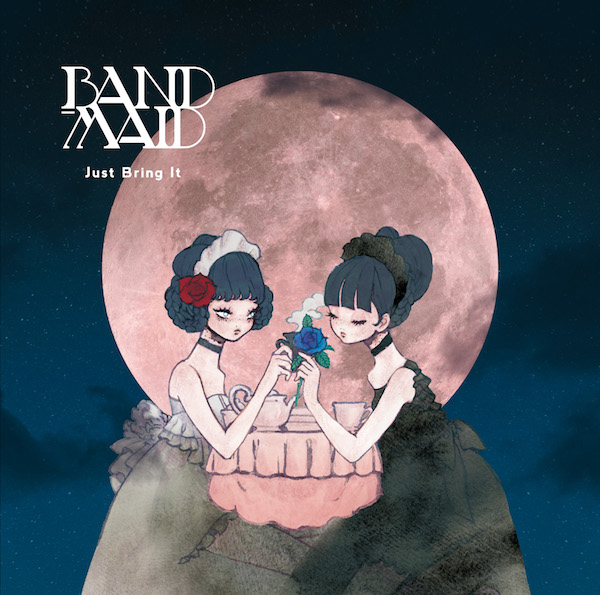 Pre-order direct from JPU Records: Regular edition // CD+Tshirt edition
Both editions contain exclusive translations of the lyrics within the booklet.