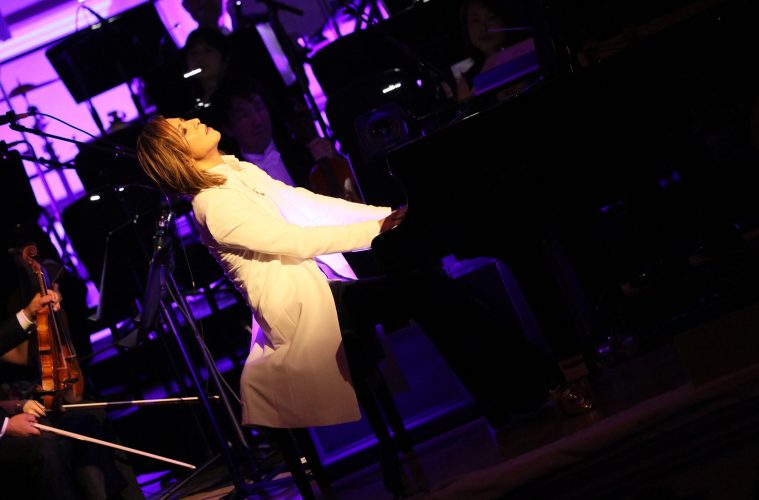 YOSHIKI LIVE AT CARNEGIE HALL will air on PBS in 14 cities across the U.S. on New Year’s Eve and New Year’s Day, with encore showings in Los Angeles and New York this month added due to enormous reaction from classical and rock music fans across the country.

The Japanese rock star and classically-trained pianist performs with the Tokyo Philharmonic Orchestra in the classical music special which premiered earlier this year in the New York City area on WNET Thirteen, the most-watched public television channel in America. The touching, must-see concert has been in high demand on major PBS-affiliated TV stations nationwide throughout the year.

YOSHIKI LIVE AT CARNEGIE HALL was filmed during YOSHIKI’s sold-out solo concerts at Carnegie Hall as the classical pianist and composer performed to standing ovations from American audiences.

The New Year’s Eve and New Year’s Day spots on PBS are prime viewing times for arts and culture supporters, and YOSHIKI’s music special has quickly established itself as essential holiday programming on public television stations.

YOSHIKI – rock drummer, classical pianist, leader of the group X JAPAN, and one of the most influential composers in Japanese history – has headlined concerts across the globe, including Madison Square Garden, Wembley Arena, and Tokyo Dome. His Carnegie Hall performance has been praised by major media, including:

“YOSHIKI delivers a performance of a lifetime at Carnegie Hall” – HuffPost