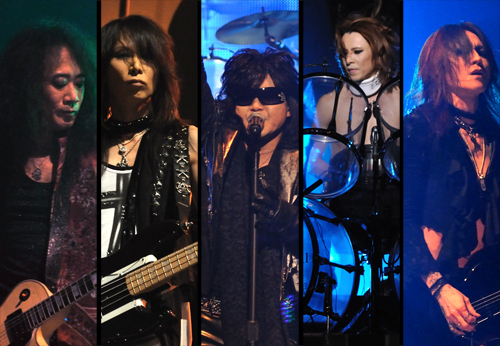 The tour begins October 28 in Korea (Seoul at the Olympic Park Gymnastics Stadium) with stops in China (Shanghai at the Shanghai Grand Stage; Beijing at the Beijing Workers Stadium), Hong Kong (Asia World Arena), Taiwan (Taipei at the Nangang Exhibition Hall) and ending in Thailand (Bangkok at Impact Arena) on November 8. Log onto http://www.xjapanmusic.com for ticket information.

The members of X Japan have been writing and recording what will be their first album to be released outside of Japan with English lyrics. According to Yoshiki, about half of the album will feature some of the band’s most popular songs from throughout their career, with nearly all of the lyrics re-recorded in English, and the other half, brand new songs written specially for this album. “Jade”, the album’s first single, was released in Southeast Asia on July 13 and was a Top Ten iTunes track in Japan, Spain, Sweden, Germany, France, and Finland. “Jade” and will be on the 2011 international set lists as well.