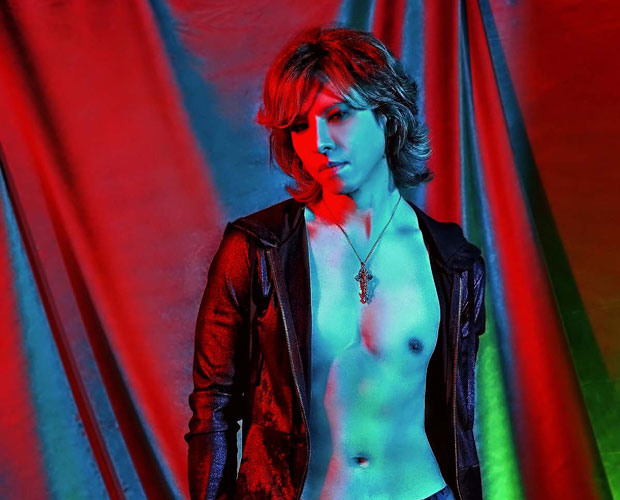 YOSHIKI granted us some of his precious time for a phone interview from his Los Angeles recording studio.From the recording of upcoming new single JADE and its release on the 28th, to their first European tour as part of their 2011 world tour, X JAPAN leader give us his impressions and thoughts about the band future and his fans.

Jrock Revolution, Xplosion and YOSHIKI.FR have the pleasure to share with this exclusive interview with you.

Thank you for your time YOSHIKI, I know it is a bit late in Los Angeles, really thank you.

YOSHIKI: Oh you know I am kind of nocturnal so my pleasure.

Q: On the 28th you will finally be performing in Europe at the sold out London show, how do you feel?

YOSHIKI: I feel like finally we can be there, we’ve been planning on doing this for a long time, especially France?

We wanted to do this but we’ve got a lot of problems with our [old] management. The show was cancelled a couple of time, so finally we can be there.

Q: The first announced dates of the European tour sold out pretty fast, what was your reaction when you heard the news?

So we were kind of talking about, almost like clubs, a couple of hundred people venues. Except for France, we knew we had great French fans but we didn’t know about anywhere else, London or even Netherlands. So we wanted to do really small clubs then plan changed a little bit.

We booked smaller places for London and Berlin first. They sold out the day they were announced [and] then we moved to a bigger venue the next day. It was really great. We are really excited and happy about it.

Q: The 28th will also see the worldwide release of your new single JADE, can you tell us a bit more about this song?

Y: Well, it’s pretty much like ‘X JAPAN serious worldwide debut single’. We put so much energy into it; our blood, our tears, our love – everything is in this song. It’s the best way to describe this song. JADE has every single element of X JAPAN.

Q: Last year during an interview, you had said JADE was your most complicated song to record, can you tell us what this song means to you?

Y: A lot of X JAPAN songs are complicated, but JADE is kind of easy to listen to, however if you listen to it carefully you will notice that the first riff and second riff after the second chorus is a half step lower key so it’s really hard to play but easy to listen to.

I mean, SUGIZO had once said “X JAPAN songs are very simple”, at this time he hadn’t joined X JAPAN yet, then he joined the band and he started playing X JAPAN songs he said “Oh my god it is so complicated!”

It’s the same thing with JADE because the key is constantly changing.

The drums as well, it’s kind of hard to play but as the same time, I wouldn’t say simple but I really love to play JADE drums, but guitar must be pretty hard to play, especially in the solo area.

Also, I had tons of pressure writing this song, because at that time we were already aiming worldwide, not only the Japanese market so, I really had to think about it, ‘what kind of song should be the first song of our worldwide album’?

We are going to finish recording the new album very soon so this is our first single from this album.

Q: The lyrics of JADE are really meaningful and filled with feelings. What did you want to express in this song?

Y: I would say the pain I went through, X JAPAN went through. At the same time we are not trying to deny what pain is, the lyrics say “Your scars are beautiful, your blood was beautiful” so you know it’s like you should just accept it and be positive about it, that’s the kind of message I put into this song.

Q: The cover art of Jade is a photograph done by you according to your Twitter. What were some of the concepts you played with before deciding on this image?

Q: What kind of imagery can we look forward on the new album?

Y: I will probably do the photos for X JAPAN next album very soon. You know sometimes feelings are hard to describe with words so I use music to express them sometimes. Then I kind of discovered that I can express my feelings through taking photos so I started liking it.

The next single imagery will be part two of JADE’s art then the album will be related to JADE image-wise, music-wise it will have a lot of different sounds as well.

Q: On JADE’s recording you collaborated with Andy Wallace, who produced among many others the legendary song from Aerosmith and Run DMC “Walk this way”, how did you come up working together?

Y: He was my first choice for the mixer. He is so well known and so huge, I didn’t even think it would be possible to get to him but my management approached him saying X JAPAN wanted to mix that song call JADE. He listened to it and said “I have to do it!” He was really happy to mix this song, that’s how our relationship started. He is going to mix a few more song for X JAPAN as well.

Q: JADE will be part of your upcoming much anticipated new album. Can you give us some details about the album? Are you planning to make a digital only release or a physical release as well?

Y: When it comes to the album, I think we are going to make a physical release, but when it comes to singles, we are releasing through digital distribution only.

Q: Will it be composed of only new songs or old songs as well?

Y: I would say 50% come from our old hit songs and 50% completely new songs. JADE is one of them and then there will be some that you’ve never heard.

Q: Last year, TOSHI and you came to Paris for a showcase during Japan Expo, what are your impressions about this visit?

Y: it was very emotional because we [originally] canceled the show. We didn’t want to, but the management [at the time] canceled the show three times in the past so we really wanted to go there and meet fans and express our feelings.

This really emotional moment led us to do this European tour. We got confident: “Ok we can do it in Europe, so let’s go back to France again then let’s go to Europe for our fans!” That’s how everything started because of that show we are doing this European tour.

Q: During this show, TOSHI sand a French version of one of your most beloved song “Endless Rain”. How did you come with this idea of translating this song into French?

Y: Well, I’ve been taking French lessons, then I was thinking since we are going to France why don’t we do a French version?

I asked my French teacher how should we say “Endless Rain” in French, she said it should song like this (note: Une pluie sans fin). It sounded really beautiful, I asked TOSHI if he wanted to do it, he agreed so everything started.

Q: You are pretty active on Twitter announcing shows and releases dates. You recently revealed you were planning to tour Asia this fall, it seems countries, Indonesia for example, hope to see you. What are you plans?

Y: I think we will announce these tours pretty soon but our agents talked to the promoters in each country so they can give us information, if we should do this, if we shouldn’t do this.

Our agent is constantly talking to countries throughout the world pretty much, then they are making a plan.

Because of so many message I get on Twitter, even on Facebook, I try to answer, I mean if it’s possible I’d like to go to every single countries if there are fans but it really doesn’t make sense to perform for fifteen thousands people one day and the next day for one thousand, there would be staff issues, tour budget and everything, so we have to do some kind of consistent tour.

Our South-east Asia tour will be a little bigger size, about the capacity, maybe ten thousand people venue or more.

I mean we would love to go everywhere but we have to adjust that with world crew, some of those decisions aren’t under my control, but I’m trying to answers to all of my fans questions.

Everything will be announced very soon.

Q: Are you planning to tour North America again?

Y: Yes, we are planning on doing that, actually we are already talking about next year’s schedule. Pretty much entire world is considered, depending on the reaction in Europe, in South America, South-East Asia as well.

Q: You care a lot about your fans, you used to be active on Myspace, now you are on Twitter sharing directly with them. Why are your fans so important to you?

Y: Because without my fans I don’t think I’d have existed. I went through hard times so, because of my fans, I’m here.

They love to communicate but I’m not really good at communications sometimes but I’m trying because I love spending times with my fans, I love talking to them directly.

Fans are like my god, it’s really important to me.

Q: Are there memories about them that you treasure?

Y: Always at the concerts, like during Endless Rain, they are singing. Even at Tokyo Dome which is a fifty thousands venue, I feel like I can hear every single person’s voice singing.

I’m not talking about fifty thousands voices as one, I hear each one of them. It makes me emotional, it’s a really special feeling, a really special relationship we love my band and our fans.

When I’m nearby them, it makes me want to live more.

Q: I really think X JAPAN fans are unique, their passion and their will to share their love for their band is incredibly strong. Do you think it is part of what make X JAPAN?

Y: Yeah, I love that it is great, I mean like at our concerts we are sometimes very straightforward, we say, even on Twitter sometimes, “Love you” some things like that, they respond “I love you, I love X JAPAN”, there is something like, I don’t know, pure feelings about it. It is great, we can just go straight with it. I love my fans spreading love.

Q: At Anime Central, you mentioned that X JAPAN goes all out during tours and concerts, and that the performances will be memorable. Can you give us a hint as to what we can look forward to?

Y: ‘All out’ means we put all our energy into it! That has been X JAPAN good side and bad side too.

Even a long time ago when we were touring across Japan, because… let’s see if we had twenty shows, usually people allocate their energy like, “Oh we shouldn’t do this hard because think about tomorrow or next shows”. For 15 shows you would have to allocate your energy for each remaining lives.

X has a really interesting meaning, like unlimited possibilities, that’s what you will read in the dictionaries, also at the same time we are saying, you are not alone, we are together. That kind of feeling.

Q: Do you have a pre-tour message for your fans?:

Y: Finally we can be there in Europe, we have been waiting for that moment for a long time, a very, very, very long time.

Thank you so much for supporting us, always.

Let’s rock the world together!