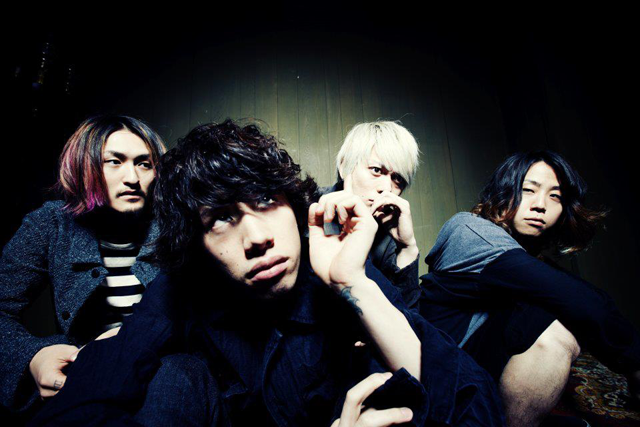 My adventure in early May was composed of part misery and part bliss. I’d won a ticket lottery for ONE OK ROCK’s May 11th show at the Makomanai Sekisui Heim Ice Arena. The weather didn’t hold up as I had hoped, and my dorm is located approximately 40 minutes away by bicycle. Instead of trying to figure out a public transit route to the venue, I decided to ride my bike instead. It was, more or less, a straight south ride from my dormitory.

Had it not been for the downpour, it would have been rather pleasant, too.

You could say it was a close call, but they didn’t actually start until a few minutes after 6:00.

The first moments after the start were a bit of an eye-opener for me. I have been to, almost exclusively, visual-kei concerts and ONE OK ROCK is most decidedly not visual-kei. At VK concerts the patronage tends to lean more towards women. At this concert, however, I found the ratio to be far more even, if there weren’t more guys. It could be attributed to the fact that there were significantly more men, but I found the group in the block that I was part of to be fairly rough–lots of jumping around into one another that I’ve yet to experience at a VK show. In a way, I suppose, the girls are more considerate.

ONE OK ROCK opened with “Ending Story??” and plenty of energy. The audience was rocking from the get-go, and after “Deeper Deeper” Taka gave us a lovely little introductory MC. He also handed the floor over to Ryota, Tomoya and Toru. Taka told us that this was ONE OK ROCK’s first oneman in Hokkaido, and that they arrived on May 3rd. In Tokyo of course, all the sakura have already bloomed, but there was still snow in Sapporo. Even though the weather was bad the day of the concert, he said the crowd was making the band members feel pumped!

Following the introductory MC, ONE OK ROCK played “Nothing Helps,” and the crowd in my block started to get really rowdy. I kept hearing people say ヤバイ (yabai; amazing) and 最高 (saikou; the best!) as the concert went on. It was my first ONE OK ROCK concert, but it seemed they were playing a lot of fan-favorites. Before the opening chords of “アンサイズニア,” Taka had the audience mimic his “whoa-oa-oa” at the start of the song. The fans repeated it back to him as directed, and only after he’d had every section of the audience individually repeat it did they dive head-first into the song. I still can’t get over how amazing it is to be a part of something like that. I think a lot of foreigners would think it stupid or silly, but having a kind of uniformity at such an event is really irreplaceable.

Before “Let’s take it someday” there wasn’t an MC, but Taka asked if everyone was ready to kick off the song with a jump. The rest of the members kept repeating the first few chords of the song, revving everyone up as we hunkered down to prepare for a big leap. It’s one thing to see that kind of solidarity on a DVD, but it’s something else entirely to be a part of it, and to see all the other fans in the arena jumping with you. It’s an amazing way to bring people together. Words alone fail to accurately convey the feelings I’d experienced at that moment.

They continued with more upbeat tracks, including another fan favorite, “じぶんROCK “ (jibun ROCK), causing everyone in the audience to belt along with Taka as they jumped around and pumped their fists. It was a very hot night in the arena, and it was only going to get better.

The next MC came just before “Wherever you are,” which was played acoustic. Taka told us about one of the days he was going around Sapporo. He had to take a taxi back to their hotel, and the driver surprised him by recognizing him. “You’re the vocalist of ONE OK ROCK!” Taka was obviously surprised, and he learned that the taxi driver’s daughter is a big fan of ONE OK ROCK, so he knew of them from her. When they arrived at the hotel, the driver asked if Taka would call and speak with his daughter. Taka complied, and then he pointed to the audience, because apparently the driver and his daughter were at the show, an amazingly lucky coincidence. A lot of the fans in my block on the arena floor were crying out マジ?! (maji?!; serious?!) and うらやましい! (urayamashii!; jealous!) and looking around to try and see where the pair might have been.

Following this story, they played “Wherever you are” in acoustic version, and for a good part of the chorus, Taka held the mic out to the audience to let us sing. We got as far as finishing half of the second chorus before fading out. Taka almost looked insulted, shouted something at the audience, and then continued singing, maybe leading us. I wonder if the others stopped singing because they were not sure for how long they were expected to continue … That was why I stopped.

I believe it was after this song where Taka’s next MC explained about the meaning of the album name and the tour. Unfortunately, he spoke incredibly fast, and it was impossible for me to catch what he said. But it seemed that he/ONE OK ROCK had put a lot of thought behind it. Following this MC was “All Mine” from their new album released this past March, and then “Liar.” Again, there were people in my block exclaiming ヤバイ! and 最高! I had to agree with them: During Liar, there was a laser-light show that was quite spectacular.

The next MC came was just before “Be the light,” which was written as a sort of tribute piece for the Fukushima disaster that happened two years ago. Taka talked a little bit about asking the fans not to give up on their dreams. He suggested we take risks for the things that we want. Around this time, Ryota and Tomoyo were also talking, and Toru seemed to be laughing a lot, but I couldn’t quite hear them well so I can’t be sure what they had to say, or why Toru was laughing.

From this point on, ONE OK ROCK continued with the concert uninterrupted. The last song of the show was, quite appropriately I think, “The Beginning.” From the time ONE OK ROCK hit the stage until they finished “The Beginning,” it had been a full two-hour affair.

And then something quite cool happened. As I previously said before, this was my first time at a ONE OK ROCK concert, so everything was a new experience. The crowd’s different kind of energy was one thing, but I hadn’t been expecting the encore call. At least at any other concert I have been to in Japan, the call for an encore goes like アンコーレ (ankore; transliteration from the English encore). However, at the end of this show, the fans called out in the same way that “アンサイズニア” opens vocally, with a tonal “whoa-oa-oa.”

After only five minutes of that, the lights returned as ONE OK ROCK did to the stage!

The encore was only two songs long, but during the last one Taka dove off the stage and ran all the way to the back of the main floor and found a piece of equipment to climb up on. He was at the block next to mine, and maybe 15 feet away. He sang there for a bit, and then ran around through the crowd on his way back to the stage to finish. This time, at the concert’s end, Taka said clearly (and fluently) “Thank you for coming tonight!” and a camera followed the members as they left the stage for the night. When it finally arrived with them at their dressing room, Taka noticed that the camera was there and pointed at the dressing room sign before waving off the fans and closing the door.

The camera’s feed remained on the door’s sign for some time before it faded to black and the tour logo showed up on the large screens. As the arena has a maximum capacity of 10,024 persons, and the place looked absolutely packed, I waited in my block for as long as I could before I made my exit.

It was still raining, my clothes had just dried off, and I was sore all over. Over the course of the show I’d had some elbows in my face and sides, so I felt a little worse for wear. But if there’s one thing about concert-soreness is that it is always worthwhile. It is, I think, the best kind of ache to suffer from.

My body thrummed with the high leftover from the amazing performance the whole way home, and though I was soaked by the time I reached my dormitory, I didn’t mind. I’d had a great time, and hope that ONE OK ROCK can make another overseas debut soon!!