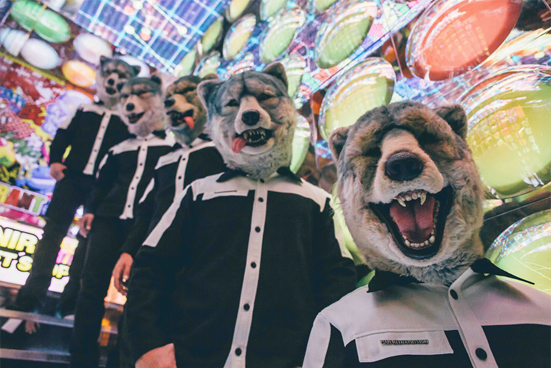 Man With A Mission Announce US Tour 2019

“They’ve got big hooks, bigger grooves, and they’re all the better to rock you with.”

“Wildly idiosyncratic and fizzing with ideas… something like eccentric genius.”

Japanese superstars MAN WITH A MISSION have announced their return to the US in September, bring their Chasing The Horizon Tour with them. Tickets will go on sale on Monday July 1st and will be available here.

The tour supports the release of their most recent album, Chasing the Horizon, which is out now. The album is the wolf collective’s fifth in their native Japan but their first brand new album to be released worldwide and has received widespread critical acclaim.

The album features the previously released singles ‘Hey Now’, ‘Take Me Under’, ‘Winding Road’, ‘Freak It! feat. TOKYO SKA PARADISE ORCHESTRA’, ‘My Hero’, ‘Dead End In Tokyo’, ‘Find You’, ‘Dog Days’ and ‘2045’, which have clocked up multi-million streams across YouTube and Spotify. The international physical ‘World Edition’ also features exclusive special bonus tracks including ‘Mr. Bad Mouth’, ‘The Anthem’ and ‘Brave It Out’.

MAN WITH A MISSION are one of the most important and loved rock bands in Asia today. They sell out arenas across their homeland and have also completed sold-out headline tours of the UK, Europe and US. The five-piece recently dominated a performance at UK’s legendary Download Festival, and aim to do the very same during their return to America.

More dates to be announced shortly.

Tickets will go on sale here at the following times:

MAN WITH A MISSION ARE