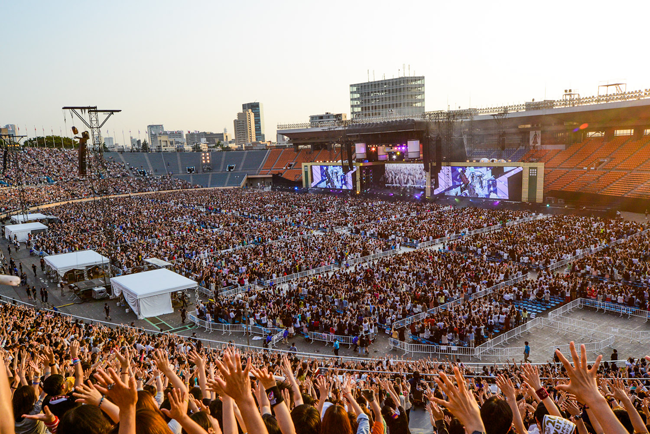 Japan Night: Move with the Music of Japan

Move with the Music of Japan. This was the theme and focus of Japan Night, a two-night festival held on May 28th and 29th in National Olympic Stadium (Kokuritsu Kyogijo), which closed its doors for good on May 31st.

But it’s not only a celebration to the National Olympic Stadium’s finale that Japan Night celebrated. The first night, May 28th, was titled, “Yell for Japan” and showcased well known bands in Japan: IKIMONOGAKARI, UKASUKA-G, Kaori Kishitani, The Gospellers, KAZUYOSHI SAITO, SukimaSwitch, Naoto Inti Raymi, FUNKY KATO, and YUZU. The second night was titled, “Japan to the World” with artists SEKAI NO OWARI, Perfume, MAN WITH A MISSION, and L’Arc-en-Ciel.

On seemingly rare occasion, events have provided international ticketing options specifically for overseas fans. Japan Night offered the opportunity for international fans to see this historic event. On each night, an estimated 50,000 fans filled the stadium, each armed with a LED glow stick that lit up in various colors during performances that made the audience an additional member to the artists who performed. The energy of those thousands was immeasurable. Giant screens spanned the

A few highlights of the event for me were the giant soccer balls that were released atop the crowd during UKASUKA-G’s performance the first night. Kazuyoshi Saito had a great interlude with the audience during his set.

In an interesting twist on the second night, SEKAI NO OWARI had a song where an animation was the visual focus and not the band. Their sound had a very melodic and melancholy feel to it, augmented by the concentration of visuals and animation on the huge screens.

Also on the second night, Perfume’s introduction couldn’t have been a more theatrical entrance when they appeared first on screen and then atop tall platforms where they danced. MAN WITH A MISSION tore up the stage and re-energized fans with volatile rock that permeated the stadium.

The final performance came from L’Arc-en-Ciel. One of the more internationally known bands among the artist lineup. Not only did they deliver a high energy, crowd hopping performance, but their set ended with fireworks AND the release of a rainbow of balloons to the night sky. Watching those colors fill the night sky was the perfect end of Kokuritsu Kyogijo’s final event.

Japan Night’s vision of bringing the voice of Japan through music made for a highly energized and diverse cross section of musical talent. With the close of this historic stadium, it can only be the beginning of a new generation of talent and audience to see us leap into the future positively and hand in hand with the music that unites us. 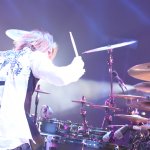 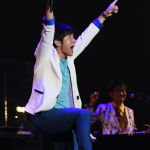 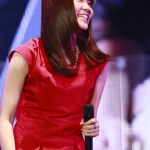 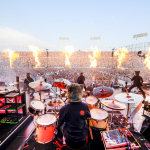 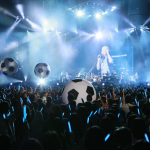 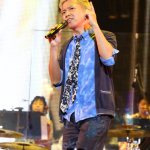 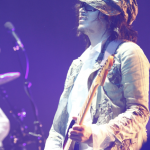 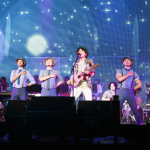 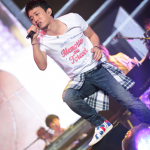 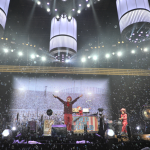 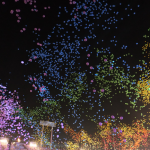 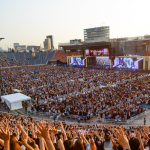 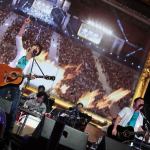 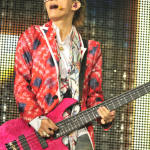 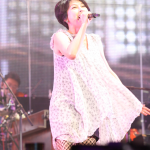 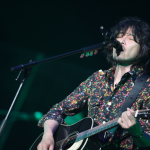 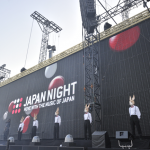 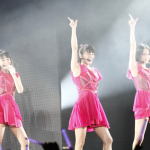 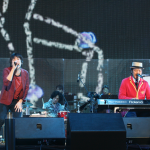 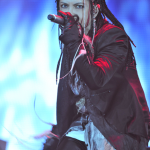 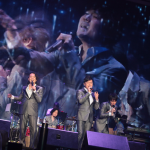