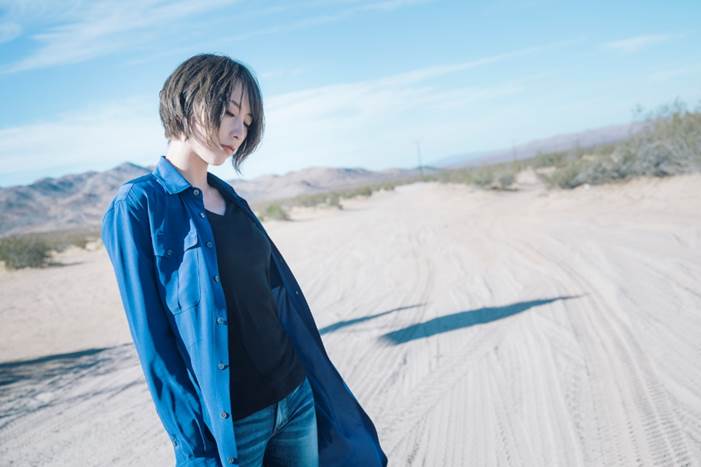 On a hiatus since her Nippon Budokan concert in November 2016, Eir Aoi has announced that she will be returning in Spring 2018.

Her new song, “Yakusoku” has made a surprise release on her official site.

On February 1st, a beating blue light appeared on Eir Aoi’s official website, and fans instantly rumored speculations that “the blue light was getting bigger”, and “new information could possibly be on the way”.  An announcement was made on February 8th, 2018 via her official website that she would be returning, and a new music video, “Yakusoku”, was posted on YouTube.

In “Yakusoku”, Eir Aoi has lyricized her determination on her return and her thoughts during her hiatus, making the song a prelude for her return.

Her official return will be this Spring; stay tuned for more information.

Eir Aoi was born on November 30th in the city of Sapporo in Hokkaido, Japan; she is blood type AB.   Since her major debut with her single “MEMORIA” in October of 2011, she has gained fans all over the world, and her Facebook page has garnered over 500,000 likes globally.  After 13 singles and 3 original albums, Eir Aoi released two best-albums, BEST-E- and BEST-A- in October 2016.  Due to health issues, she had been on an indefinite hiatus, making her concert at Nippon Budokan on November 4th+5th, 2016 her last show up to date.  After some recuperation, she is scheduled to make her return in Spring of 2018.