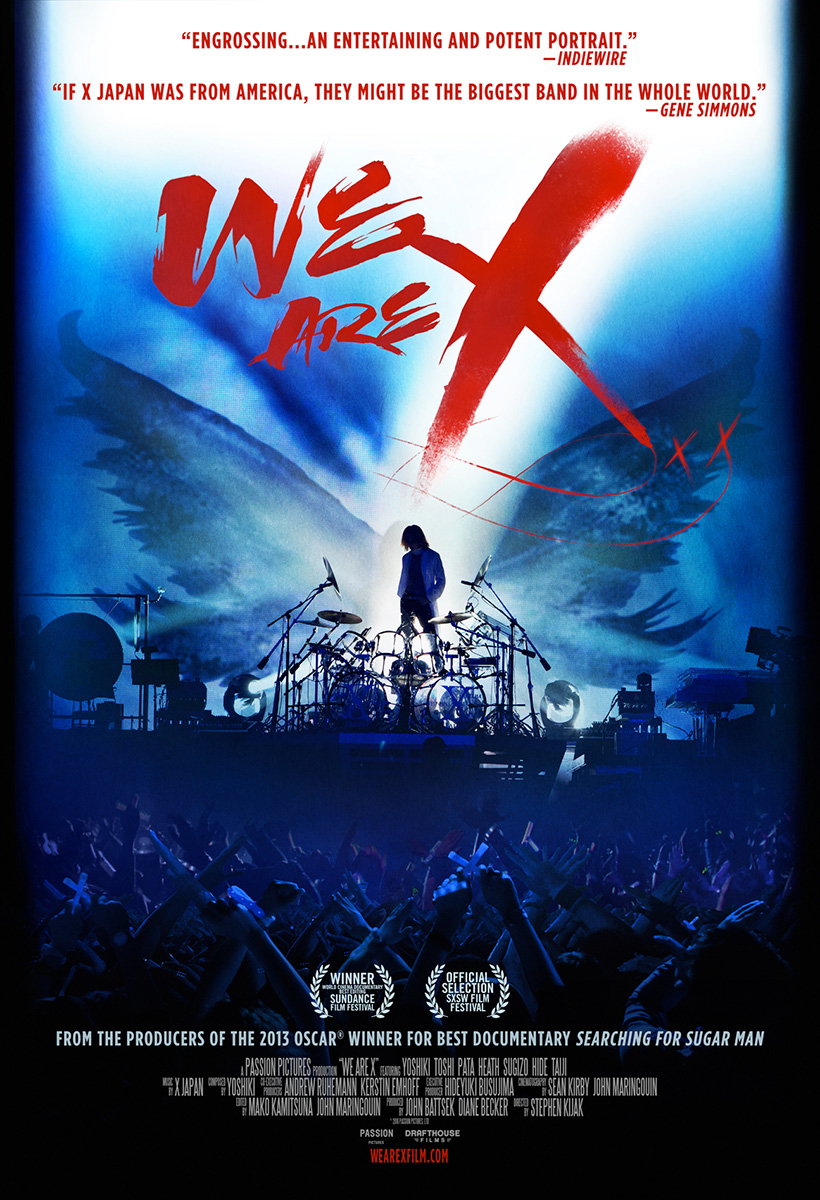 X Japan partners with L.A.’s Grammy Museum for We Are X screening

aliMarch 22, 2018
Jrock NewsNews0 Comments 0
As X JAPAN prepares to return to the U.S. next month for their debut performances at the Coachella Music and Arts Festival, the group has partnered with the Grammy Museum for a special screening of the award-winning documentary film We Are X.
The film screening will take place on Wednesday, April 18 at 7:30 pm in the Grammy Museum’s Clive Davis Theater followed by an intimate conversation with band leader YOSHIKI. Tickets are limited and go on sale to Grammy Museum members and American Express cardholders starting Thursday, March 22 at 10:30am PDT with a general public on-sale starting Monday, March 29 at 12:00pm PDT.
Tickets and information: https://www.grammymuseum.org/events/detail/we-are-x