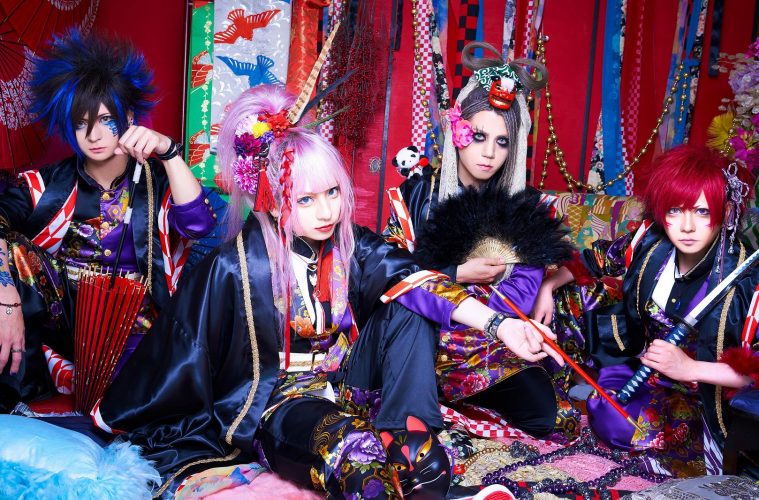 ACME gear up to rock Wisconsin’s capital at the local anime convention Anime Milwaukee. Formed in 2017, their line-up consists of former DIV members CHISA (vo.) and SHOGO (gt.), former ARTEMA drummer HAL, and bassist RIKITO. Since their debut, they have gained tremendous momentum from their explosive fan response, establishing them as one of the hottest newcomers in the scene. The band will be attending the convention as musical guests; signing autographs, hosting a panel, and performing a live concert. Anime Milwaukee will be held February 15-17, 2019 at Hyatt Regency Milwaukee. Experience ACME’s energetic post-hardcore sound and colorful “oshare” style at AMKE 2019!

ACME have made strides in reaching out to their overseas audience and show no signs of slowing down. This past summer, vocalist CHISA had his runway debut in the U.S., the band opened a Facebook page to communicate with their audience, and even released their first full album “Zesshou Ouka” on nearly every streaming platform imaginable. Now, they have embarked on their first solo nationwide tour of Japan. With the promise of their first live performance in the United States in February 2019, ACME will be bulldozing their way into the new year.

In their excitement to perform, ACME have made this video comment for AMKE and attendees.

Anime Milwaukee is the largest anime convention in the state of Wisconsin. In addition to the announcement of DJ headliner HEAVYGRINDER, Japanese cosplayer Reika will also be among the guests attending the show.

For more information on the convention, visit Anime Milwaukee’s homepage at http://animemilwaukee.org/

Keep up with FAKE STAR for their future events!

ACME is a visual kei band that formed in summer of 2017. The band line up consists of former DIV members CHISA and SHOGO, former ARTEMA drummer HAL, and bassist RIKITO. Well known for their post-hardcore sound and colorful “oshare” style visuals, ACME are the hottest newcomers to the visual kei scene.

ACME, having already toured across Japan, are currently on their first solo nationwide tour. Earlier this year, they had some major accomplishments as a band. In March 2018, they released the theme song “CALL MY NAME” for the film “Namae no Nai Onna Tachi: Usotsuki Onna”. In August 2018, ACME released their first full album “Zesshou Ouka” worldwide. You can listen to Zesshou Ouka on streaming services Apple Music, Spotify, and more!