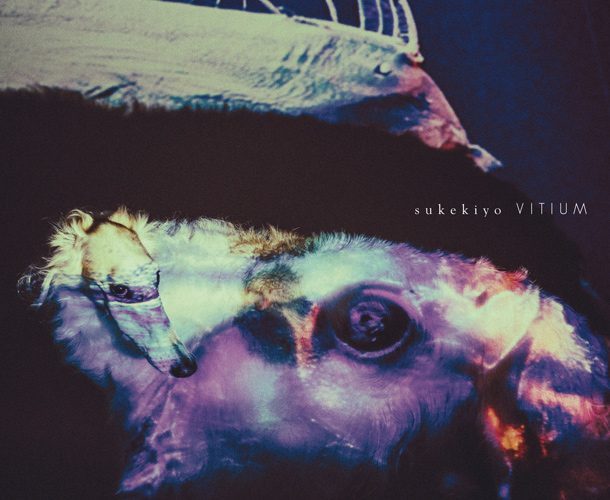 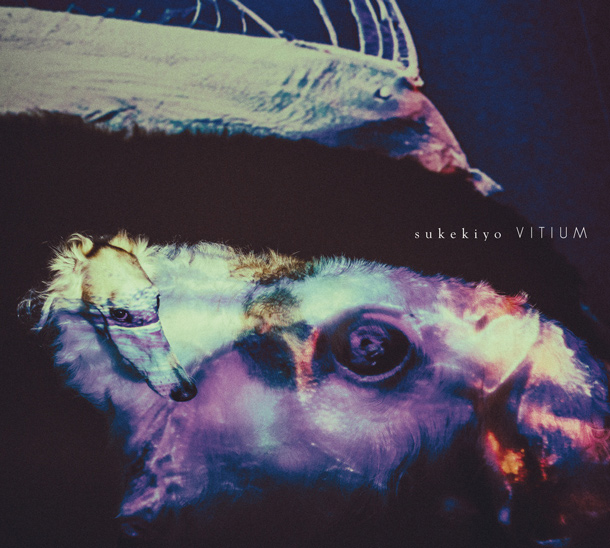 Trying to come to a common place within my thoughts while listening to VITIUM, Sukekiyo’s latest release, was difficult. I had received the deluxe edition a day early, which left me with an extra twenty-four hours to process the tracks. Still, even then, the words eluded me.
The album still holds glimpses of ambiance left over from the previous album, IMMORTALIS. However, with this mini-album, there was a disjointed feeling felt within the songs and the way they melded together on the album. There seemed to be a lack of reason, and for the entirety of the night and the night after as I viewed Sukekiyo on stage from Okayama Crazy Mama Kingdom, I wondered why. Why is it this way?

Waking up on the morning of the 5th, I viewed twitter and found my answer on Kyo’s twitter.

“VITIUMがようやく産み落とされました。
分かりやすく激しくも綺麗でも聴きやすいわけでもない、しかし存分に変態だ。ネットリと。。。堪能あれ。
京”
“VITIUM has finally been born. It does not have heavy/violent and easy to understand songs, it does not have beautiful songs that are easy to listen to… But it can be enjoyed freely. Being addictive… Reaching satisfactions. – Kyo”

And that was just it. VITIUM does not have easy to understand songs, or anything that is easy to comprehend within a pleasing palette to the mind. If anything, it is an album that makes you think on the societal standards of morals. There is no point, I realized, in trying to figure out why these songs were put together, but merely managing to take the whole album as an overall arching theme of the freedom of expression, of saying what you wish to say and doing what you wish to do was the whole point in and of itself. VITIUM has a variety of songs within, ranging from intense to soothing melodies and with a trained ear you can pick out the variety of musical styles used within, from EDM to the classical guitar layered throughout the album. None the less, reading through the lyrics you realize more and more that there is not just one type of song through this album. By doing this, there is a heavy sense of doing what one wants. It is something that vocalist Kyo has never shied away from, and since, this type of thinking has been brought into the world in the form of VITIUM.

Taking the definition of ‘Vitium’, a latin word having a variety of meanings and applying it to the word ‘Vice’, from a certain viewpoint we can neither view vices as wrong or right. In essence, vices are merely considered immoral or wicked by societal standards. It is neither violent nor beautiful, merely two sides of the same coin. Carrying this further, we could ask ourselves why. Why is a vice immoral? To society, it is considered something wicked, however to the subject, the vice in question is the word of god, something addictive yet pleasurable, and in some cases, something that is necessary to live.

Viewing VITIUM as an album through this lens, it is not something that is easy to listen to, not because the songs are not pleasing to the ear, but because the subject matter is something that is bordering on taboo, from bondage to child abandonment. Because of this, the nine songs showcased on VITIUM strike a nerve within. It is not an album that you will easily understand, but the addictive nature and the art of saying what needs to be said keeps one coming back, hit after hit.