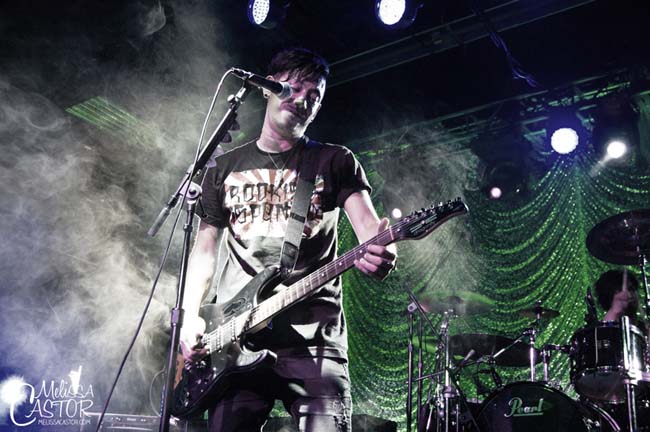 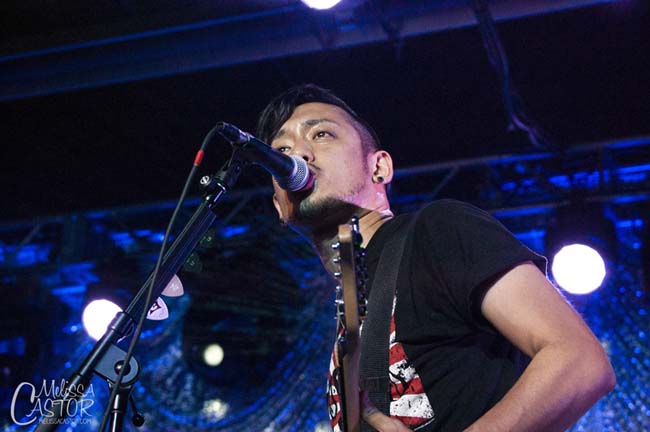 ROOKiEZ is PUNK’D had the crowd going insane from the first song all the way until the very end. Crowds at anime conventions are very different from concert halls – but if you walked into this space, you wouldn’t have been able to tell the difference.

Fans, cosplayers, and the curious convention goers alike all packed into the Main Events hall at AnimeNEXT on June 6, 2014 to see ROOKiEZ is PUNK’D perform. This very well may have been AnimeNEXT’s best concert yet, with the room full and attendees cheering loudly.

Vocalist/Guitarist Shinosuke had incredible energy. All band members were constantly moving around the stage, bassist 2RASH and support guitarist Fuku showing off their bass and guitar skills.

In his MC, which he tried to give in English, Shinosuke let the audience know it was the bands first time in New Jersey. Stumbling over his words briefly, he resorted to Japanese and then asked in English, “You know what I mean?”

“This is my first experience in New Jersey. Last time I was in New York. Everything was so wonderful. From this experience, I wrote a song about my memories. Please listen to this song. Are you ready?” and proceeded to play ‘manhattan’.

Everyone waved their hands in the air to the rapping lyrics. Shinosuke was able to go seamlessly from rapping back into singing the lyrics of songs. ROOKiEZ is PUNK’D has music that is easy to get into and easy to like. It has a little taste of many flavors – something for everyone!

During member introductions, support guitarist Fuku introducted himself as Fuku-chan, a chant of his name began, which quickly turned into “USA USA USA.”

“I am 2RASH on bass!” 2RASH asked, “Having fun? Are you having fun?! …me too!!!” 2RASH said he was very happy that he could come to New Jersey, because he loves Bon Jovi. To demonstrate his love for Bon Jovi, he began singing the chorus of “Shot To The Heart” while Fuku began playing a few cords on guitar.

The drummer introduced himself as “U-chan” and mentioned (in English) how he loves Japanese anime. He proceeded to take his t-shirt off to reveal another t-shirt underneath featuring Asuka from the Neon Genesis Evangelion anime. The audience applaud wildly as U removed his first layer of shirts and started a chant of, “Take it off!” with the house lights following this chant and flashing. A male audience member even removed his own shirt to demonstrate and swung it in the air. U looked embarrassed while Shinosuke said, “He doesn’t know English. Japanese please.”

Shinosuke’s introduction was casual, asking the audience, “What’s going on? I’m Shinosuke.” He said he was from the country of ninja’s and asking everyone to start a chant of “nin nin”. “When I say nin nin, you say nin nin!” Shinosuke announced they’d be playing a new song off their CD next, called,

“Don’t wake me up.” 2RASH taught some quick furisuke, or choreographed hand movements, to the audience. Quick and precise movements of arms over the chest, hands twisted a certain way – it was fast pasted and the American audience struggled to keep up, but still tried their best!

Midway through the song ‘Buchi Age Mixture’, Shinosuke and the band simply stopped. He peered into the audience and asked ‘Daijoubu?” – “Are you ok?” It appeared a girl may have gotten hurt or fallen down – and it was kind of the band to stop. Shinosuke decided they would start the song completely over, from the beginning, and thus began the last song of the night once again.

As the band left the stage, the crowd shouted “encore” in hopes of a return. The band returned promptly and as Shinosuke picked up the mic, he started (another) chant of “USA”. He thanked everyone who attended and thanks to the staff members who made the show possible. Shinosuke said he wrote the encore song, ‘Complication’ when he was going through a rough time – but, he is really happy now thanks to

the fans. “I’m sure there are a lot of problems in hardships in life, ne? This song was written when I thought of quitting the music scene. I sing this with all my heart.”

Everyone put all their energy into the last song of the night, and Shinosuke even held the mic out to the audience for everyone to sing the chorus back to him.

But wait! Rookiez wasn’t done just yet!! They left the stage, but after chants of, “One more song,” they returned for a second encore! Once they finished Shinosuke asked everyone to wait, “We want to take a picture with you!” The band sat on the stage while audience members behind them posed for the group shot.

The concert was immediately followed by an autograph session with the band in an adjacent room. Fans were able to purchase merchandise and had a chance to interact with the band. 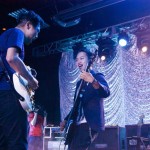 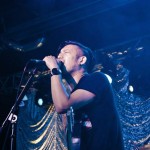 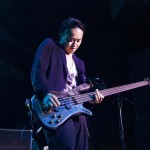 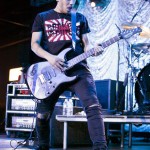 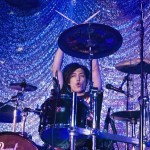 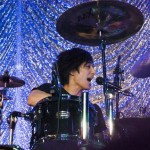 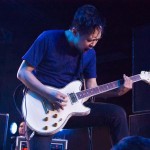 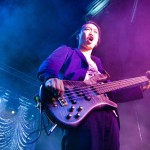 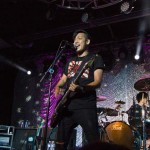 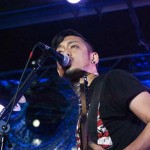 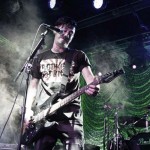 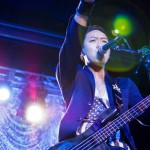 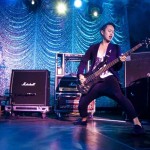 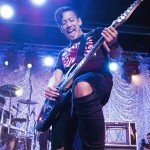