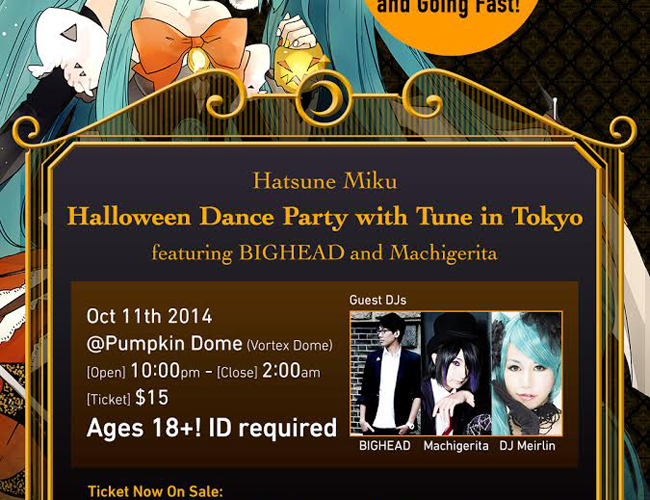 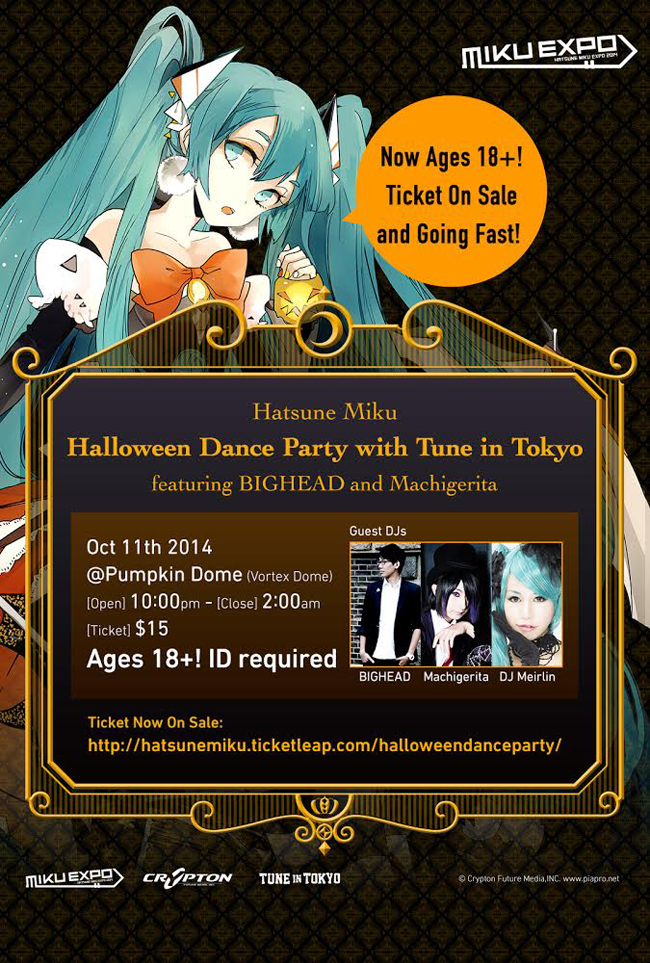 “BIGHEAD” is the new project started by the composer of “Story Rider”, a song performed by Hatsune Miku when she participated as opening act for LADY GAGA’s “artRAVE: the ARTPOP ball”, touring sixteen North-American cities in May 2014.“Sharing the World”, the first song written under the name BIGHEAD, was chosen as theme song for “HATSUNE MIKU EXPO” in Los Angeles and New York this October. Talented in the production of music with the use of English lyrics, BIGHEAD is a thriving Vocaloid producer! http://bighead-official.tumblr.com/

Born in 1990, Machigerita started making music at the age of 16. Drawn to Visual Kei on the one hand, and influenced by his parents to master playing the drums on the other, he attracted soon attention as young VocaloP artist, releasing in major as well as indie productions. Ever since Machigerita works in a wide range of activities: he is also a novelist, collaborates with voice actors and fashion brands, works as manga story writer, game music composer and is steadily evolving into new creative directions he can get his hands on. http://www.machigerita.com/

DJ Meirlin is an Electro, Rock and Ani-Song DJ. She was born and raised in Saitama, Japan, and deejays in both Japan and the United States. She has performed at events including LA Idol & VK Fest, and hosts Xenon’s livestream Q&A instore events. She is also an actress and model, having appeared in Aibou (Movie), Dobunezumi (Movie), Rainbowtown FM Music Video “ONE” by Biyuushi, TV Narration for “Kamatamago” by CSTV, and for “Fairy Heart Accessories” and Cure Magazine. http://www.facebook.com/DJMeirlin.Official

Hatsune Miku fans can keep up with the latest news on Facebook and Twitter using hashtag #MikuExpo.

LOS ANGELES – The HATSUNE MIKU live concert is hosted in Los Angeles’ Nokia Theatre, with the collaborative exhibition hosted by Miku and her friends at an early Halloween party at Los Angeles Center Studios. At the exhibition, you can enjoy artwork displays, a special Halloween-themed area, and a shop where you can buy exclusive goods, including special Halloween items!

NEW YORK – The HATSUNE MIKU live concert is held in New York’s Hammerstein Ballroom, and the exhibition is hosted in Lower East Side concept space Wallplay over a period of eleven days. The exhibition shows illustrations, videos, and more, revolving around Hatsune Miku and the theme of Universal Positivity.