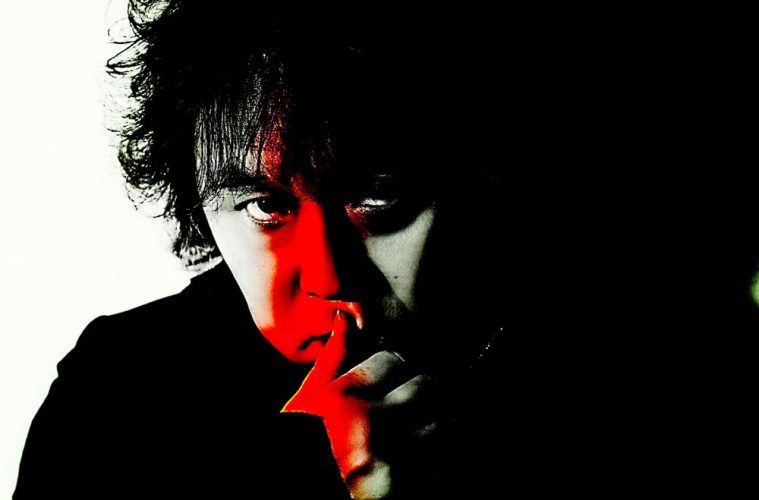 It’s not often you get to sit down with the head of one of the most internationally well known Visual Kei/Japanese rock labels. At the end of November, JRockRevolution.com had the amazing opportunity to have a conversation with none other than “Dynamite Tommy”.

For those who may not be as familiar, Dynamite Tommy began his music career in the legendary band COLORS, successfully advancing to create his own label and cultivate a variety of talent. To date, he continues to pave new paths in music and fashion, such as the Gothic Lolita/rock brand KOMACHI2266531DarkLolita. We delved more into detail with this in talking to another legend, DaDa, who designed the products. Please check out our interview with DaDa as well.

The first thing we asked was if, since he is more of a producer these days, if he ever considered getting back on stage. “No,” he answered, simply and to the point. Why not, we asked. “It’s embarrassing to do it. Rock is something that you have to bury your heart to and you can’t not show it. Over the years, I’ve covered so much that it would be too hard to bare myself in that way again.”

For a man who has been able to do so much in the industry, it was very touching to hear that it wasn’t so much that he didn’t want to go back into music, but that he felt that he might not be able to. Very early, I felt that this was a man who was very much focused on what he could do, yet could realistically assess the possibilities and choose the best course of action. A strong businessman, but very much a person with a lot of heart.

“What is one thing that you want to do before death?” we asked next.

“I want to change the world,” was his reply. “We usually think that what we do is right and I think what I did [in the past] was right. My original reasons for starting a band weren’t the best of reasons, but in the end it is mostly that I want to make a statement and change the world. That’s still something that I want to do.”

Considering what he has on his plate now and the projects we’re only learning about, it is not hard to believe that Dynamite Tommy can do just that. Did you know that Free Will is one of the few labels credited with bringing Visual Kei into the popularity it deserved? This would make Dynamite Tommy a founding father of Visual Kei and while he’s done so much, he continues to push boundaries.

Going back into Visual Kei, we talked a little about how it pairs fashion and music. Then how Dynamite Tommy considered music an extension of fashion. “They’re both ways of expressing one’s thoughts. For music, it comes out in lyrics and music and even in the places that you play shows in and the clothes that you wear. In some ways it embrace rebellion, for example, wearing a dress. But fashion may be more so in the way of expressing one’s self.”

In retrospect, it would be harder for the average person to be able to express themselves recognizably through music. With fashion, visually, it would be much easier. Though the music that we listen to often speaks of our souls as well, I feel.

This next segment was a surprise, but a welcome one. Dynamite Tommy said that he’s producing a girl’s idol group. Of course we had to ask what we could expect from this project.

“Something completely different. While guys would look kind of cool to go out there and do something extreme, it might be a little expected. For girls, it might not be considered as cool, so we’re looking for ways to change things.” Still the pioneer in an era that has seen a girl’s group like Babymetal gain international fame. “It’s kind of in the lyrics, many of which will seem upbeat and positive. But hidden in there will be like a dirty word or phrase, something that might make one go, ‘hm, why would a girl be saying this?’. It would be hidden in there to the point that people may not realize it’s in there, but it will be.”

Would that be in something blatant or more like innuendo?

“Not explicitly a bad word, but it would be more like the image or attitude. For example, something like eating those pop rock candies on a train. It’s definitely a no no, and that would be along the nature of rebellion. Even if you can’t really hear it.” Rebellion is something rock and Visual Kei thrive upon, so it will be very interesting to see what develops of the band.

The name of the group is “2o Love To Sweet Bullet”. Dynamite Tommy had an awesome explanation for how this name came to be. “It’s purposely meant to be hard to remember. A lot of people try to make memorable names, but we thought, ‘fuck that’.”

Because a lot of music centers around fashion, we asked what kind of fashion items did he use to express himself. “Right now, I don’t really care about expressing myself through fashion anymore. At times, I’ll just buy the same color and kind of pants from Amazon, the kind with pockets [cargo pants] that I can put stuff in. For shirts, whatever shirts are in the company, such as band shirts. But when you’re in a band, you take care of your looks a little better.”

In fact for our interview, his attire was very similar to what he wore at Anime Expo. Personally, I find this type of fashion the most convenient as well. Beyond music, this very much resonated with me.

At this point, we mentioned that we would be seeing DIR EN GREY in Osaka and Dynamite Tommy asked if there would be tears. He said it was a mission to see fans cry by being so moved by music. He felt that doing so brought people together. Through the music and lyrics, a lot of pain is conveyed and it makes fans sad and so at the end, it’s a good release, or cathartic.

Interestingly, it was rare that I’ve seen many people cry at a live in the States. On the Sunday show in Osaka for DIR EN GREY, a number of fans were assisted out of the venue into a small waiting area to recover from fainting or their tears. Personally, I did shed a few tears, but it was for having the opportunity to take concert photos at the shows. But it was at that show that I understood what Dynamite Tommy meant about release and appreciated his wisdom.

Defying many icons who seem larger than life, Dynamite Tommy is very human. An ambitious but kind soul who yet retains the creative drive of an artist while navigating a business world. We look forward to seeing what those endeavors will bring in the coming years.

Special thanks to Dynamite Tommy for the interview. Thanks to Jin for the translation as always. Please check out the links below for more information!

Edited by: AliW
Translation by: Jin