Fans, both new and old, received a real treat Sunday at Otakon. The crowd was definitely ready to rock when ALL OFF took the stage at Otakon on Sunday. Everyone was excited following their Q&A panel that same morning and rushed forward to the barrier to cheer as the band took the stage. Otakon staff directed fans back to their seats for safety reasons, but that definitely didn’t dampen the enthusiasm in the venue, and what followed was a show full of jumping, cheering, and excitement.

ALL OFF opened with their single One More Chance!, the first opening theme for the anime Heavy Object, and the fast paced, hard rock tune set the stage for what was to come. The show never slowed down. The band fed on the enthusiasm of the audience and pushed from one song to another, keeping the energy through the roof.

During the first MC, so-hey, the vocalist, asked whether anyone in the crowd knew the show Fullmetal Alchemist. The crowd launched into a new round of cheers as the band performed a fabulous cover of Asian Kung-Fu Generation’s “Rewrite,” which was one of the show’s openings. ALL OFF members mentioned during the Q&A that they love combining metal audiences with anime song audiences, and it is very clear that they do it so well. Both metal fans and anisong fans had something to love throughout the show.

When they announced the last song, the crowd started chanting “ALL OFF! ALL OFF!” clearly not ready for the end of the show. They closed out the show with a rocking performance of their upcoming single, due out August 31, refrain boy. so-hey thanked the crowd, calling them the best crowd they’d every played for. To finish up, the band called the audience forward for a selfie, and excited fans rushed the stage.

Despite chants for an encore, the set ended there, but the band had a signing immediately following, and the line stretched all the way across the front of the stage. One of the band members even came out to thank some of the fans while the signing was getting set up. 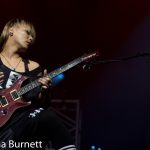 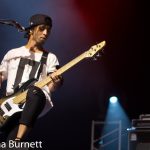 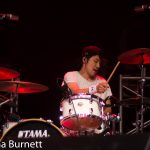 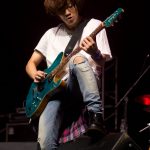 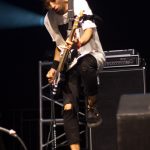 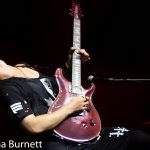 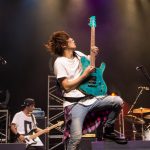 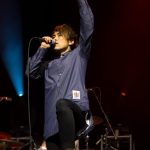 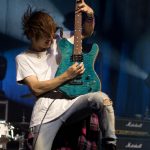 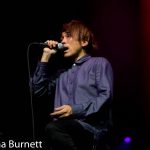