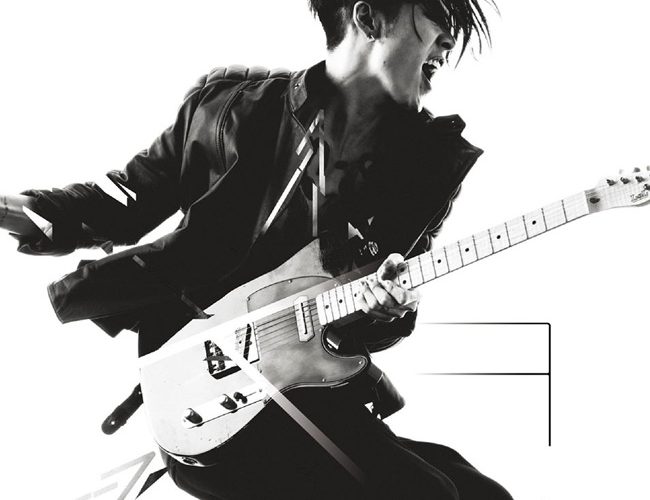 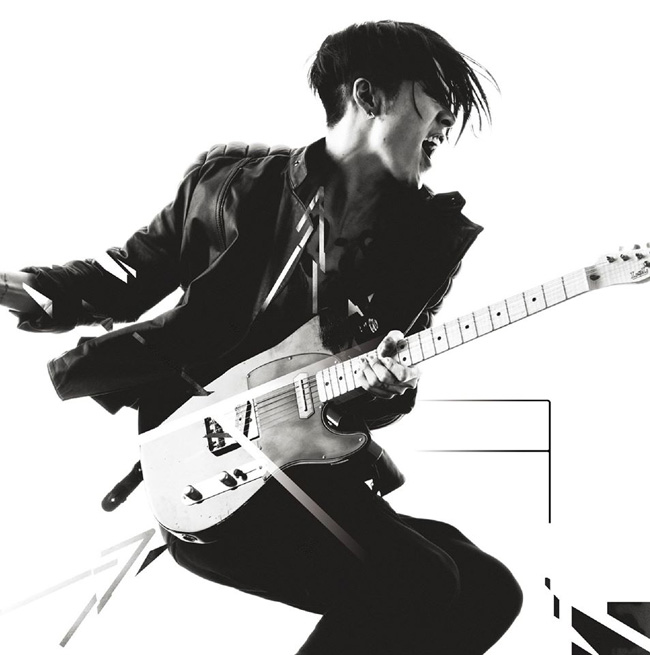 Originally this live was set on December 14, 2014 but due to unforeseen circumstances the live was postponed to a later date. So here we are on February 18, 2015. Tickets for the original live date were honored and more tickets were being offered out. Doors opened at 7pm and the live itself was set to start at 8pm.

El Rey Theatre; I would say it is a very intimate space, the venue was not too big, nor too small, it felt just about right. Upon entering from the right, one could find the fans that had been in line from the early morning against the front row with the remainder scattered about. Miyavi’s merchandise was on sale on the left side of the venue, mainly t-shirts, with many fans already vying for an item before showtime.

As the time ticked by, the crowd started to get bigger and all the empty spaces on the floor were filled with people. During the minutes before the live was to start a guest DJ played music to entertain the enthusiastic crowd.

After two songs, Miyavi took the opportunity to talk to the crowd while Bobo his drummer changed the battery for his metronome. He asked the crowd if they were having a good time and the crowd screamed loudly in response. He introduced himself, “My name is Miyavi from Tokyo based out in L.A.” For those who might be unaware, Miyavi has relocated to L.A.!

After his short introduction, he mentioned that Bobo’s metronome battery running out. He thanked the crowd for coming and apologized for postponement of the original show date. He then went on talking about living out in Los Angeles, commenting about the long lines at the DMV and talking about the traffic. He also mentioned that he enjoyed the beautiful weather and expressed his love for the culture throughout Los Angeles. Ending his introduction, he expressed that he was recording, making a new album and will be playing some new tracks that night.

He then went to his next two songs, “Chase it” and “Secret”. Members of crowd either screamed, sang along or danced to the songs. He then went into another intermission and started talking about his new album which will be coming out in April.  He mentioned that he just got back from Nashville and the album is in the mixing process. During this time he talked about his acting career and the movie Unbroken. He expressed how great the experience was and about the meaningful message he wanted to show the audience through the movie. A fan screamed out “You’re great!” and he responded with a smirk saying, “I know”, then chuckled afterward.

On to his next song, he said that he wrote this piece after he threw up on set of his movie Unbroken. “Let Go.” To everyones surprise he performed two new songs from his new album “Come Alive/Came Alive” and “The Others”.

Please look forward to Miyavi’s new album “The Others”. Just from hearing these two new songs I can say this album will be another great one. April 15th; mark your calendars! Into another intermission after playing the first new track off the new album, he says “We are here to unite right?! To feel the vibe and enjoy the music, okay?” He then asked the crowd if he can play one more new song. Of course the screams and response to him was a resounding ‘yes’. He introduced the new song title as “The Others.” then went into what the song is about and expressed his concern about being different. He also included his experience about being nervous when going to his daughter’s school and also his unforgettable experience being at Starbucks and ordering a drink. Ending the little talk saying “It’s tough, but I now know through experience, that we’re all different, we are all the others, we all different colors from different places but we’re here tonight to united, to be one, to feel the music.”

After performing his two new tracks he went into a “Guard you” with his acoustic electric guitar. The crowd was silent and enjoyed the soothing voice Miyavi portrayed through the songs. Fans put their hands up and waved back and forth with the music. Of course after such a very intimate and slow song he went right back into an upbeat song. “Cry like this” was the next song on the list and everyone went crazy. He got everyone in the crowd to sing along with him. Miyavi performed two more songs ending the show with “Day 1.” The lights were still off and the crowd started screaming “Encore!” after about 10 minutes Miyavi came back out with his phone and took pictures/videos of everyone.

He performed some of his old songs, one of which was, “Selfish Love.” Afterward, he once again took a small break and thanked the crowd for coming out, saying that it meant a lot to him that everyone came out to see him. He said that without the fans’ support he would not be where he is right now. His last song was “Horizon” and before the performance he said, ” I’m sure as long as you’re calling my name I’ll be back okay!” the crowd screamed and joined in with Miyavi in singing along with him to Horizon ending the show with a bang.