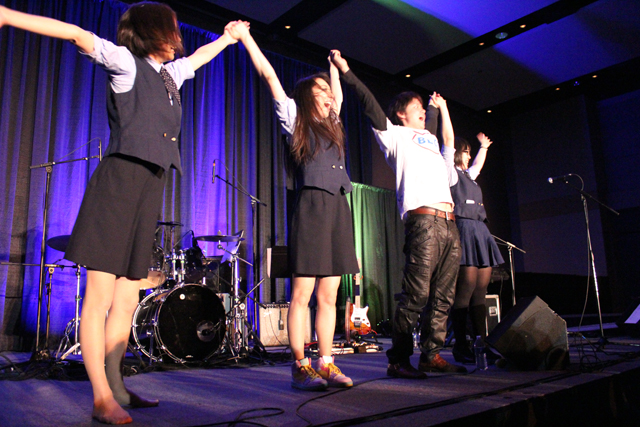 I’m Mami, the drummer and vocalist of Blue Chee’s. I am also an actress, and a solo singer songwriter.

I’m Rika, I play bass and vocal. I have two daughters, and I want to be the best for my daughters and the Blue Chee’s band. I moved to Taiwan a year and a half ago, when doing shows in Japan, I travel to Japan for the show and to practice, and then I go back to Taiwan.

I’m Animo, the keyboardist of Blue Chee’s. I used to be a big fan of Chee’s and Chikiko. I’m also a big fan of anime games. I like Otaku music, I used to be in a copy band of Chee’s, then I saw the news coming up on timeline on twitter saying ‘We are starting Blue Cheese and looking for keyboard’ and I applied for the audition. And I got in.

I’m Kyo. I play support guitar for Blue Chee’s and I am treated like an official member. [laugh]

At the time you were from an idol group to being in a band now, what are some of the biggest differences that you have experienced?

Mami: When I was an idol, I had to sing, and dance. Now I’m in a band, and I have to sing, and play. That is the biggest difference.

How long ago did you form The Blue Chee’s?

Mami: It’s been about three years.

Animo: We just had our third anniversary.  We started the band on December 12, 2010. That was when our first concert was held in Shibuya.

What are your plans for this year?

Rika: For these three years, playing overseas was one of the biggest goals for the band. So this trip, and [the] live here, we’ve accomplished that goal.

Animo: Our next step will be coming back, and visiting other cities. Our goal is to be known worldwide.  So that is also another step.

Rika: I don’t tend to think that way. It’s just a matter of scheduling and timing. When we were in the idol group, we had the management company, but now we’re indies and we do things on our own. So we have to schedule practices, and keeping in touch with each other is difficult.

You’ve had a song in an anime. What was that experience like and are you looking to do similar things?

Animo: That’s another goal of ours.

Do you have any particular favorites?

Are there any artists you would like to work with in Japan?

Let’s go into more about each of you. What is your ideal type of person?

Rika: Your type is from Gundam!? ..I think someone who will decide where to go…someone nice, is better.

Mami: Someone who has a good smile.

Kyo: ..I like bad girls, someone who is dangerous!

If you could have one last meal, what would it be?

Is there anything else you would like to add?

Animo: We’re currently working on a new album. Our first full album, or second mini-album is probably going to be out sometime around August. The song “Ramen Tabetai Na’ will be on the album. There might also be older songs on the album for older fans of Chee’s. Also, please follow us on facebook, we’ll be coming to more cities in the U.S. soon!

07. This is not a love song Jazz version. 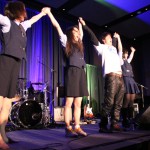 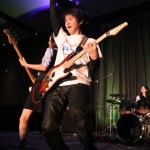 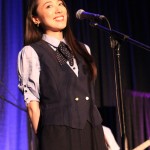 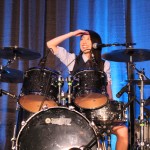 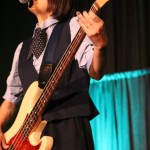 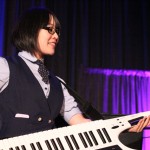