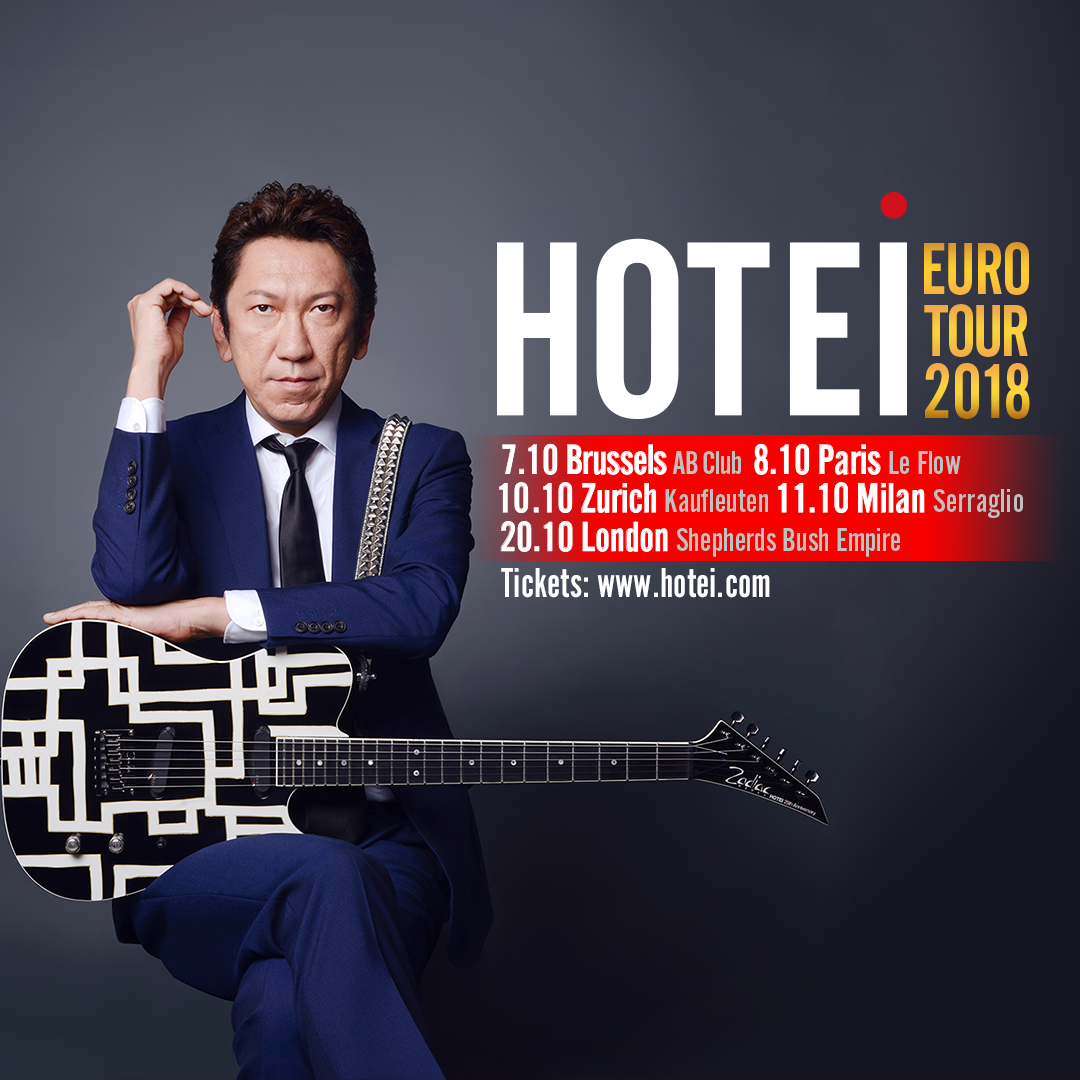 Following a stellar 30 year career in Japan, where his list of extensive achievements includes million selling albums, revered stage performances as a virtuoso guitarist, composing hits for other artists and international recognition via collaborations with other major artists and music placements in major films and TV programmes, Hotei re-located to London in 2013 with his family to focus his career in music on growing his international profile, whilst maintaining his significant presence in the Japanese market.

Hotei toured in USA and Europe in 2016 and 2017 in support of the Strangers album, playing in many cities for the first time, including his first-ever LA show at the legendary Troubador, and debut headline shows in Paris, Amsterdam, Brussels and Berlin.

In 2016 Hotei celebrated his 35th anniversary in music in 2016 with a new “Best of” album release and an extensive touring schedule in Japan, with 57 dates across the country, finishing the year with his 40th performance at the famous Budokan arena in Tokyo, where Hotei performed 35 songs to celebrate his 35 years in music, a more than three hour live set.

Hotei has collaborated extensively with other artists during his career, including more recently the Rolling Stones, Iggy Pop and Italian superstar Zucchero, with whom he has performed on stage in multiple cities since 2016, including Verona, Milan, London. Hotei also organized Zucchero’s live debut in Tokyo, as well as making a guest appearance on Zucchero’s latest album, Black Cat.

In 2017 Hotei released his 17th studio album, Paradox, to great acclaim, and completed a major Japanese tour. Hotei began 2018 writing for next studio album, alongside multiple music projects including various TV commissions and writing and producing songs for other artists.