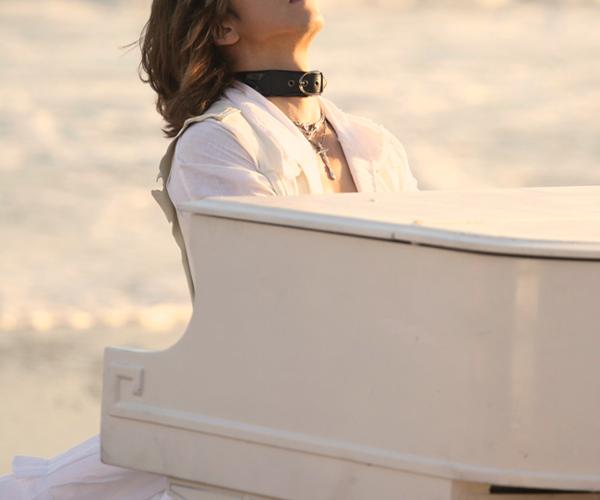 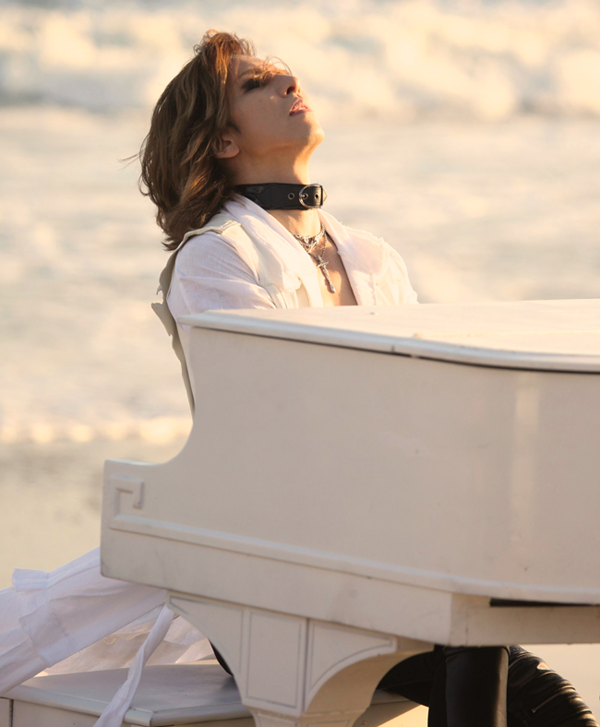 Baltimore, MD (July 16, 2014) – Otakorp, Inc. is proud to welcome back Yoshiki – this time, finally, for a proper full concert performance. The world-renowned star (and longtime friend of the convention) will perform a show based on his Yoshiki Classical World Tour, but has promised something extra special for Otakon. (We will announce those details shortly.)

The multi-talented founder of X-Japan made his first Otakon appearance in 2006, and came back in 2010 with Sugizo to give a special performance. Four years later, he returns to headline the Otakon Sunday Concert.

Yoshiki, considered to be one of Asia’s most influential musical artists and the biggest rock icon, is honored to share his new collection of compositions entitled Yoshiki Classical with fans around the world.

The long awaited album Yoshiki Classical was released worldwide in the fall of 2013 and met with tremendous response. It sees collaborations between Yoshiki and legendary Beatles producer Sir George Martin, the London Philharmonic Orchestra, the Tokyo City Philharmonic Orchestra and the Quartet San Francisco.

Yoshiki Classical debuted at #1 on the iTunes Classical Music chart in 10 countries around the world and also saw a Top 10 debut in 4 countries.

Along with Billboard Magazine, MTV, Reuters and AOL, Classic FM applauds Yoshiki Classical as an “enlightening exploration of one musical auteur’s quest to turn his music into something more than a series of rock ballads.” Pianist Magazine went on to say Yoshiki Classical is a “true labor of love from a talented artist who’s made an impressive mark within the classical and rock genres.”

Although known as the founder of Japan’s biggest rock band “X Japan”, and is credited as the catalyst for the flamboyant visual-kei rock sub-genre, Yoshiki is a world-renowned classically trained multi-instrumentalist/composer/musician. “X Japan” has sold more than 30 million singles and albums combined, along with several sold-out world tours, including selling out the 55,000-capacity Tokyo Dome, a record 18 times.

Yoshiki’s talent has seen him compose the 2012 Golden Globe Awards theme song, which is available in 111 countries. He’s also composed and performed an orchestral piece/piano concerto to commemorate the Japanese Emperor’s 10th anniversary of his reign, along with the theme for the World Expo held in Japan.

Beyond music, Yoshiki has been celebrated in many unique ways. Only highlighting a few; Marvel Comic legend Stan Lee created the music superhero comic book series “”Blood Red Dragon” based on Yoshiki. Madame Tussaud created and unveiled the Yoshiki wax figure. Additionally, Yoshiki has his own clothing and jewelry line, not to mention his own branded Yoshiki VISA Card and a line of wine called “Y by Yoshiki”. For the first time in history, a Hello Kitty product line was named after a person – Yoshikitty. And in December 2013, Yoshiki launched his very own YOSHIKI special edition headphone.

Otakon 2014 will be held August 8-10 at the Baltimore Convention Center in Baltimore, MD.

ABOUT OTAKON AND OTAKORP, INC.: Now entering its twenty first year, Otakon is an annual celebration of Japanese and East Asian popular culture, and also one of the largest gatherings of fans in the United States. Otakon celebrates popular culture as a gateway to deeper understanding of Asian culture, and has grown along with the enthusiasm for anime, manga, video games, and music from the Far East. Since 1999, Otakon has been held in Baltimore, Maryland; currently, Otakon is one of Baltimore’s few large, city-wide events, drawing over 34,000 people for three days each year (for a paid attendance of over 100,000 turnstile attendees). Otakon is a membership based convention sponsored by Otakorp, Inc., a Pennsylvania-based, 501(c)3 educational non-profit whose mission is to promote the appreciation of Asian culture, primarily through its media and entertainment. Otakorp, Inc. is directed by an all-volunteer, unpaid staff – we are run by fans, for fans.

For more information and the latest news on Otakon 2014, see http://www.otakon.com/