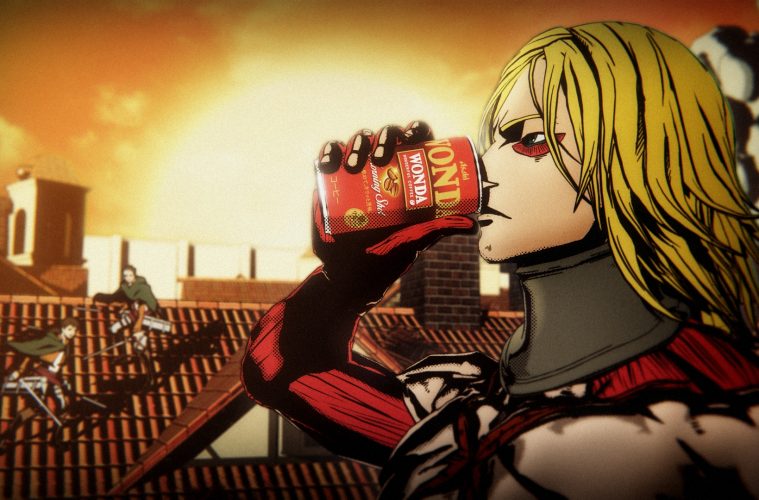 Based on the worldwide hit anime series Attack on Titan (Shingeki no Kyojin), the 3D CG animated character was modeled after YOSHIKI, and the thundering drum sounds were recorded live by the X JAPAN drummer himself.

YOSHIKI is a composer, classically-trained pianist, rock drummer, and the leader of the rock group X Japan, who has sold over 50 million records. He is also the composer of the Attack on Titan theme song “Red Swan” which debuted at #1 on iTunes Rock Charts in 14 countries.

YOSHIKI has also created themes for high-profile anime projects such as X, X2 Double X, Buddha: The Great Departure, and Saint Seiya: Legend of Sanctuary. He served as the inspiration for the Blood Red Dragon comic series by the legendary Marvel Comics creator Stan Lee.