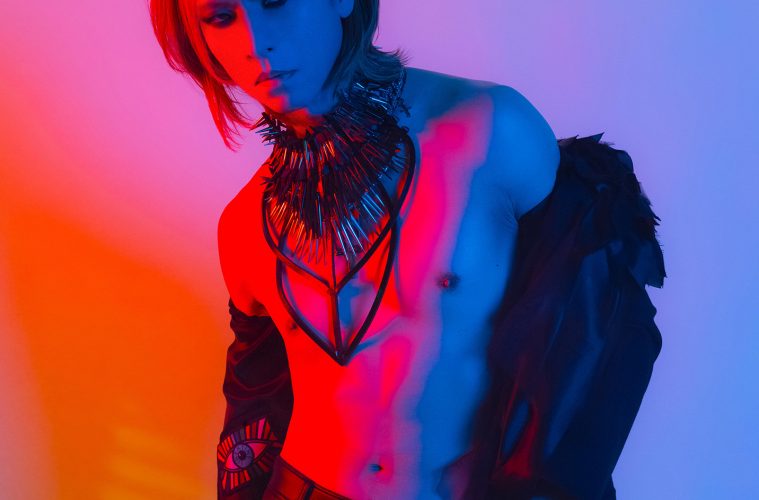 YOSHIKI Fashion Photobook “XY” to be released in November

The full-length book and DVD set, packaged in a custom cosmetic case, reveals “a YOSHIKI you have never seen before” with the famed rock drummer and classical pianist in cutting-edge fashion amidst dreamlike settings. His provocative persona is captured by award-winning photographer Melanie Pullen, who grew up influenced by family friends Andy Warhol and Allen Ginsberg, and has exhibitions in museums around the world.

The accompanying 30-minute DVD offers a behind-the-scenes look at the shoot, as well as an exclusive interview with YOSHIKI and the prestigious Hollywood creative team.

YOSHIKI was the first Japanese man to appear on the cover of VOGUE Japan, and last month he appeared on the cover of Numero TOKYO, which is also at the forefront of fashion.

“It may be weird for me to say this myself, but I still look good, and I think I can still keep going for a while,” YOSHIKI laughed. “But behind the scenes, I put in a lot of blood, sweat, and tears—hopefully this’ll be the trigger to start releasing some music.”

The “XY” photo book pulled together some of the top creative talent in the world. Photographer/artist Melanie Pullen has photographs exhibited in the permanent collections of museums around the world, including the Getty Museum (Los Angeles). Her work has been featured in Vogue, Esquire, Elle, New York Times Magazine, and more. Celebrity stylist Santa Bevacqua of Italy has worked with L’Oréal, BMW, Vogue, GQ, Elle, Esquire, and Harper’s Bazaar. Producer Sakiko Yamada is founder of Splendent Media and has worked with Hollywood luminaries such as Al Pacino. Director Paul Lauren has worked with David Beckham, Jennifer Lopez, Natalie Portman and Justin Bieber. Video producer Michael Marius Pesa has filmed George Clooney, Halsey, Regina Hall, Jesse Eisenberg, and Gabrielle Union.

YOSHIKI, international icon of music, pop culture, and more, made fashion waves when he headlined an Yves Saint Laurent launch event. He has designed his own kimono collection, Yoshikimono, which gained worldwide attention as it opened the 2020 Tokyo Fashion Week and was selected by the Tokyo National Museum for their famed kimono exhibit.

YOSHIKI was named by Consequence of Sound as “one of the most influential musicians and composers in Japanese history” and is described by Billboard Magazine as “prolific” and “a musical innovator”.

As a solo artist and leader of the stadium-packing rock group X Japan, YOSHIKI has sold 50 million albums and singles worldwide. He has headlined Carnegie Hall, Madison Square Garden, and Wembley Arena; and has sold out the Tokyo Dome a record-setting 18 times. He also composed the theme for the Golden Globe Awards, a classical concerto for the Emperor of Japan, and the Hello Kitty theme song, as well as the theme for the hit animation series, Attack on Titan. His collaborations include Beatles producer George Martin, Roger Taylor of Queen, Sarah Brightman, and most recently Bono, will.i.am, Jennifer Hudson, and St. Vincent. YOSHIKI is currently composing music for xXx 4, the next film in the Hollywood blockbuster franchise starring Vin Diesel, and other soon-to-be-announced TV and film projects.