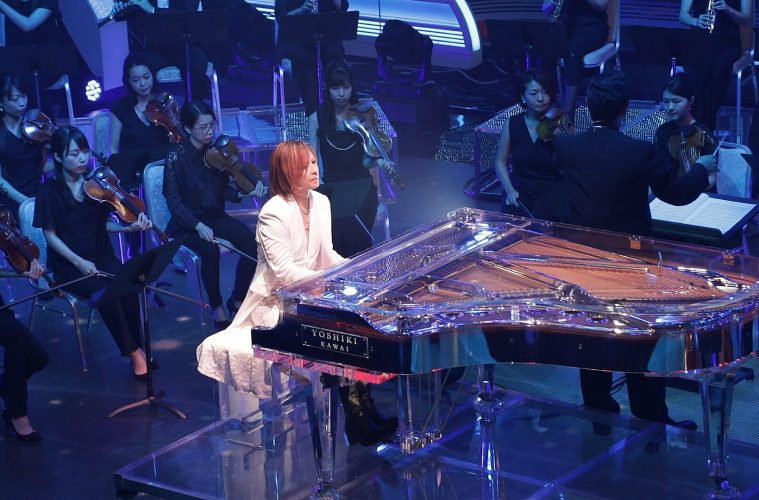 aliOctober 12, 2017
Jrock NewsNews0 Comments 0
Backed by a live orchestra, Yoshiki was invited to perform the closing song at TV Asahi’s “Music Station Ultra Fes 2017″ on Monday, September 18th. Playing a special arrangement of the X Japan masterpiece, “Forever Love ‘Life, Death, and Love…’ Piano with Orchestra Version”, which was prepared specifically for this day, Yoshiki brought an emotional finale to the 10-hour long special program which featured a total of 57 artists.

Marking the first time an instrumental piece without vocals had ever closed the special television event, Yoshiki’s first musical performance on television since his surgery had received a lot of media attention since its announcement. He appeared on stage without his neck brace, showing the painful scars from his surgery four months ago.

As he performed on the TV Asahi stage, a powerful montage of images — Yoshiki flying around the world, his energetic drumming, the deaths of his band members, his own neck surgery, his career with X Japan, and his personal history — played in the background, triggering comments on social media such as “I have goosebumps… riveting”, “Yoshiki is so amazing!”, and “I can’t stop crying” as fans expressed their awe and praise for the elegant musical presentation which climaxed in a shower of rose petals.

Afterward, Yoshiki returned immediately to Los Angeles to work on the final touches of the soon-to-be-released X Japan album. Later, in October, he is scheduled to tour a total of 10 countries to promote the European theatrical premieres of the award-winning documentary film, We Are X.

After the television performance, Yoshiki commented: “I still have sharp pain in my neck, but as my doctor said, moving forward is a part of rehab. I’m thankful for the opportunity I was given. And I want to thank the fans who are always supporting me.” 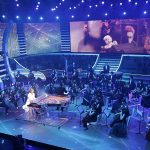 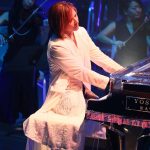 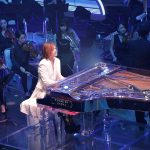 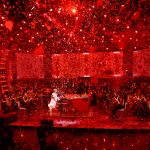 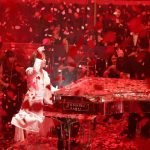 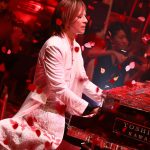