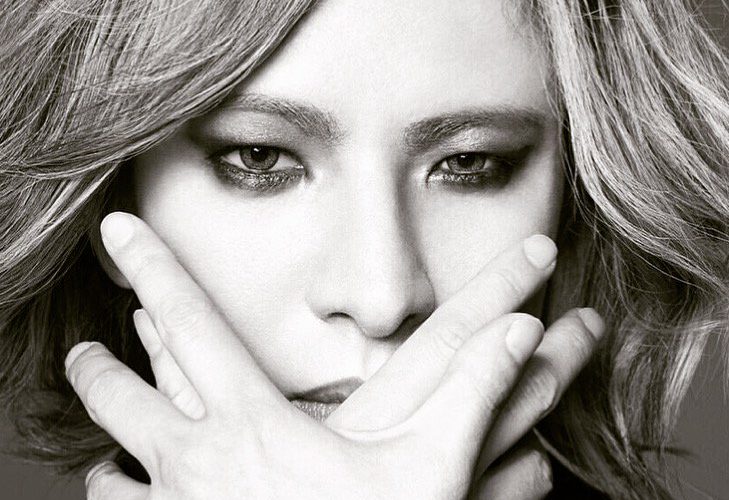 Saturday brought a big name back to Otakon. Yoshiki of X Japan had to cancel his in person appearance shortly before the convention due to his production schedule, but he was still able to make time for his fans to appear by Skype to answer fan questions and pass on information on the X Japan documentary, We Are X, and the Visual Japan Summit. Yoshiki mentioned that while he has recently been in Shanghai and Moscow, and will soon be in Hong Kong, he most wanted to come to Baltimore.

Much of the panel was dedicated to talking about We Are X, which has been playing at film festivals across the world and will premier in theaters in New York City and Los Angeles on October 21. Yoshiki himself will likely be in attendance at the NYC premier. The crowd loved the trailer of the film, and were treated to a lot of interesting information behind its development. Yoshiki explained that when they were first asked to do a documentary, they felt it was too painful, but eventually they were convinced that it was important to tell their story. He also stated that fans will cry when watching the documentary, which includes many sad scenes, including hide’s funeral, and that he himself cried ten times watching it. He explained that he thinks the film should appeal to people who are not already X Japan fans, because it is more dramatic than a normal music documentary. It covers hide’s legacy, the formation of the band, and the brainwashing of Toshi, so it seems almost too crazy to be true. Fans were very supportive, offering a “virtual hug” which Yoshiki said he could feel.

The other major topic of the panel was the Visual Japan Summit, which will take place from October 14-16. Yoshiki mentioned that there will be a lot of bands, including many major names such as Luna Sea, X Japan, and Glay. More bands will be announced soon, and Yoshiki anticipates close to fifty bands will perform across the three day event, and everyone will play together at the end.

Fans also got some other important news. When asked about Pata’s condition, Yoshiki let everyone know that he is doing well. He explained that while Pata was in the ICU for quite some time, he is now ready to rock after a few surgeries. Another fan asked about how Yoshiki’s hands are doing. He explained that he ripped a tendon, and if they go into the wrist to fix it there’s a chance he won’t be able to play piano the same way, so he’s asking around now. For now, he is doing fine and can still play piano and drums, so he will make it through.

How important both music and his fans are to Yoshiki definitely made an impression on everyone in attendance. He described music as something he needs to survive, like oxygen. He also went back to his first appearance at Otakon, in 2006, which he credits as one of the reasons for X Japan’s reunion. He told fans that seeing how many fans he had in America gave him energy and courage to try. He told everyone that without those fans, he might not even be here today. But it wasn’t all serious. A fan thanked him for the pizza and hot chocolate he had delivered to the line at the Roseland Ballroom in 2010, leading him to tell the story about how when he found out there were cold fans camped out overnight he sent staff with hot chocolate, and how he realized the line stretching around the venue the night of the concert was probably hungry, so they ordered about fifty pizzas. And fans who got some of that pizza, Yoshiki also ate some of it.

Yoshiki is working on a few projects, but fans will be happy to know that the X Japan album is close to being done. He admitted that he’s been saying that for the last seven years, but he made it clear that it really is close. He also mentioned that he thinks this album is extremely strong, and he’s more confident in it than he was when Dahlia is released.

The panel closed with two giveaways: one for the tickets to the NYC movie premier and the other for tickets to one day of the Visual Japan Summit. The two winning fans were clearly excited, and the fan who won the Visual Japan Summit tickets was jumping several feet in the air. Finally, all the fans in the audience yelled “We are X!” and it was recorded to send to Yoshiki, so that he could see everyone.