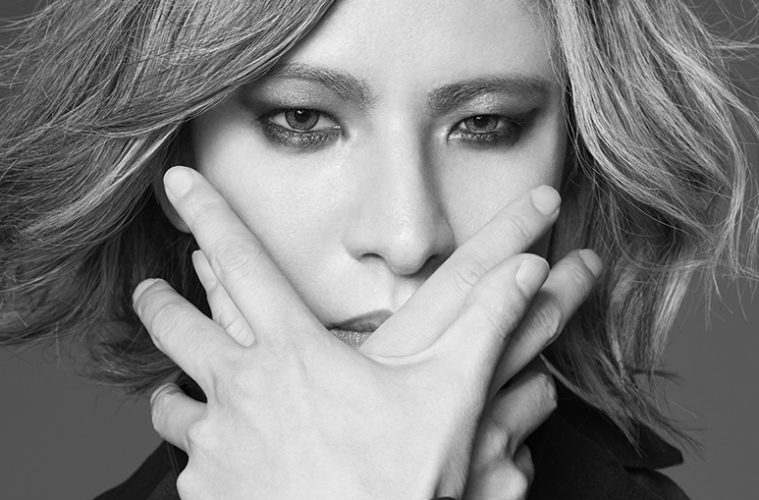 YOSHIKI has announced a solo performance at this year’s LUNATIC FEST 2018, to be held at Makuhari Messe on June 24.

YOSHIKI made the reveal with a video message in English and Japanese on his official Instagram account, where he promised special surprises for his appearance at the visual kei music festival produced by the band LUNA SEA. The announcement came a mere ten days before the day of the performance, and YOSHIKI will make an emergency trip back to Japan from Los Angeles, where he’s currently finishing work on X JAPAN’s upcoming album.

This will be the first time YOSHIKI has performed solo at a music festival. Starting with a his classical performance at L.A.’s Grammy Museum in 2014, YOSHIKI has been holding solo concerts in dozens of countries throughout the world, including North America, Europe, and Asia. His upcoming appearance at LUNATIC FEST will be his first solo outing since his two sold-out Yoshiki Classical concerts at New York’s Carnegie Hall last year.

YOSHIKI commented, “I’m sorry to all the fans who were hoping for X JAPAN to perform. This time I will be performing solo, but I’d like to do my best to bring energy to LUNATIC FEST for my precious friends in LUNA SEA. I promise to impress you. Please be cheering for me.”

A select number of event tickets for the June 24 LUNATIC FEST concert are now available exclusively for YOSHIKI Fan Club members. YOSHIKI CHANNEL will also broadcast live from YOSHIKI’s dressing room on the day of the performance. 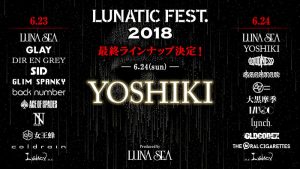