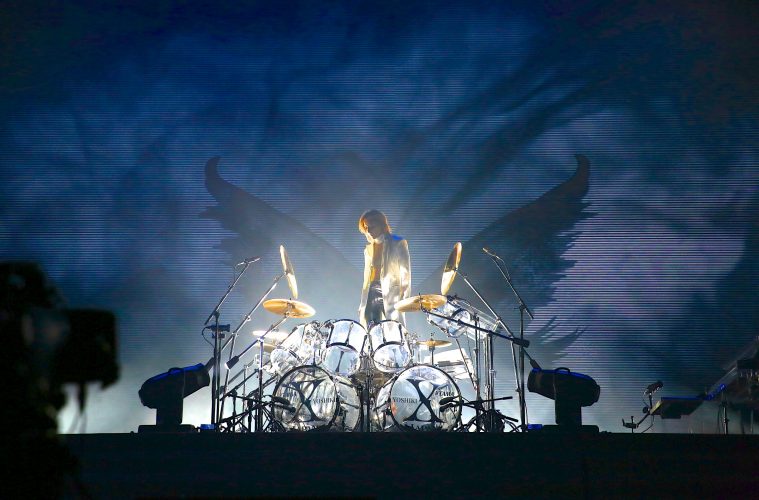 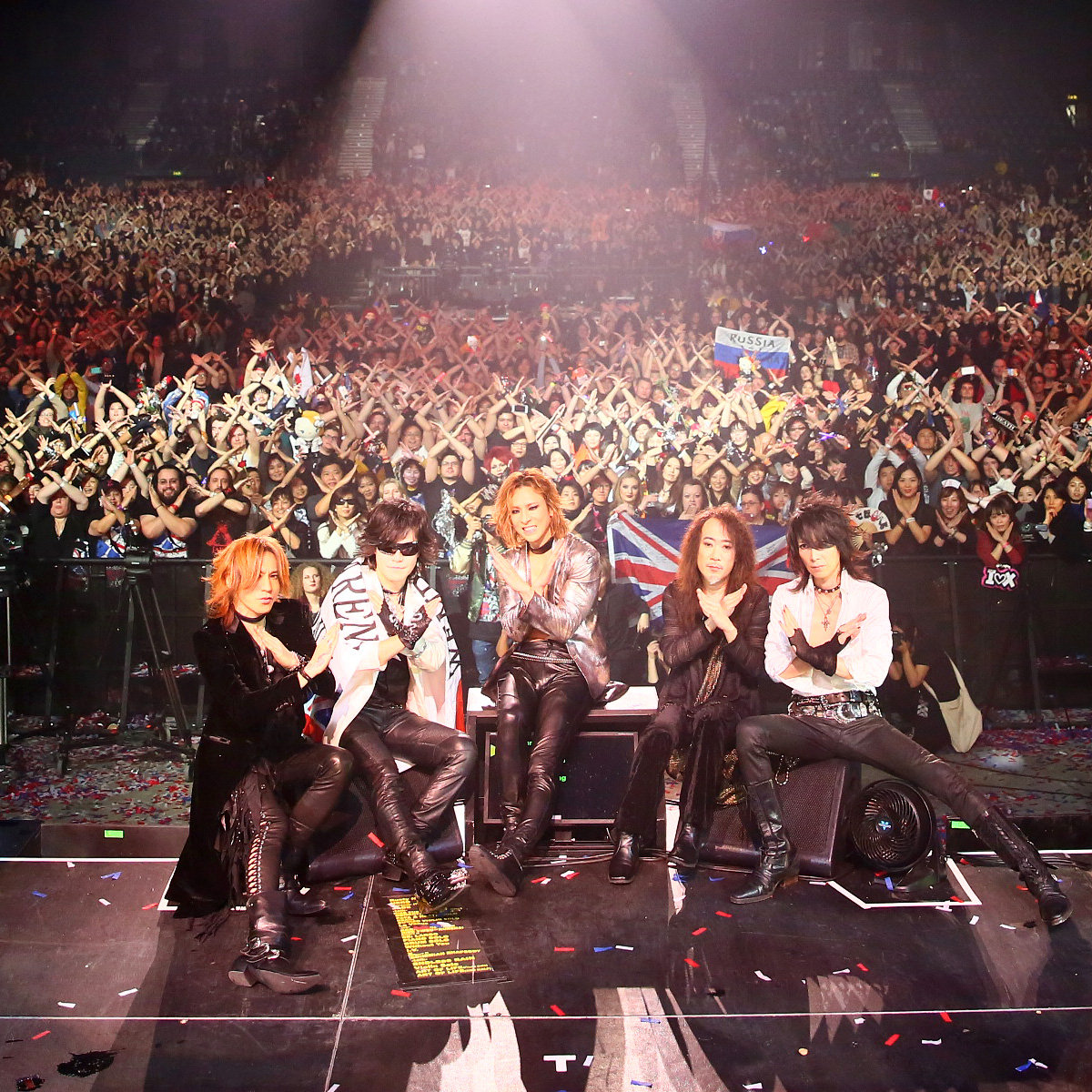 On Saturday, March 4, X Japan performed their first major show of 2017 on #XDAY at SSE Arena, Wembley, following the release of their feature film documentary We Are X in theaters across the UK. The We Are X Soundtrack (featuring the theme song “La Venus”) was released worldwide on March 3 on Sony Music’s Legacy Recordings, taking the Number 1 spot in 9 countries on iTunes as well as the #1 position on the UK Rock And Metal Chart, Top 30 on the UK Albums Chart, and Number 3 on the UK Soundtrack Chart. 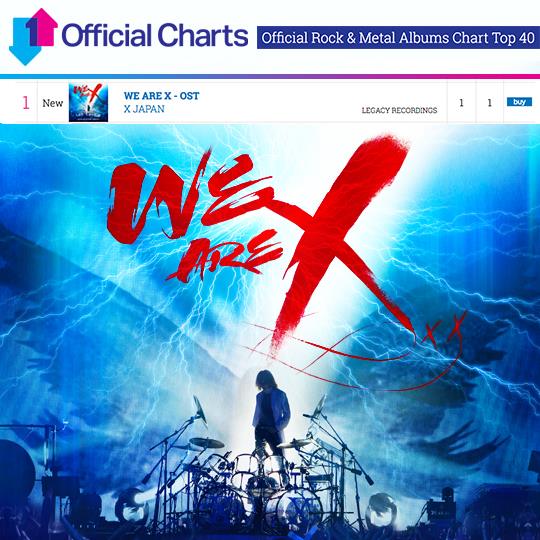 UK Official Charts (link): http://www.officialcharts.com/charts/rock-and-metal-albums-chart/20170310/112/
The award-winning We Are X made its UK premiere to a sold-out audience at Piccadilly’s Picture House in London on February 28 before launching in UK theaters across the country on March 2, adding to the excitement of the band’s upcoming show 2 days later at Wembley Arena. Fulfilling the band’s promise to return to the UK after last year’s concert had been abruptly cancelled by guitarist Pata’s serious illness, the band held a special CD-signing event at HMV in London on March 3, forcing the shut-down of Oxford Street as over 1000 fans gathered to meet the members of X Japan in person. 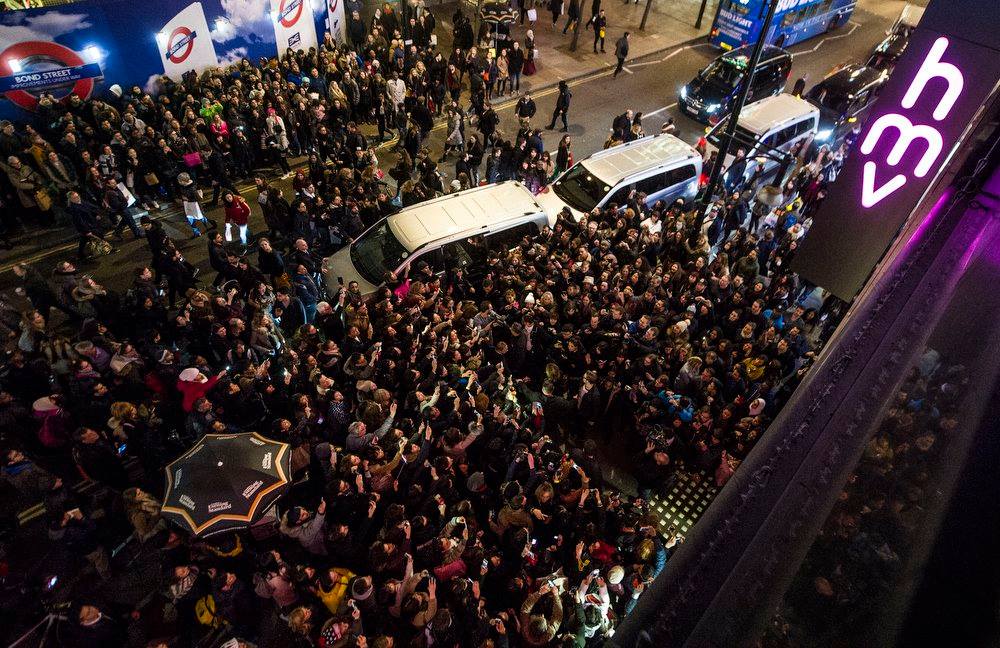 [Check out HMV’s photo album of the record-breaking event]

“Mesmerising, they hover around a magical musical sweet spot” — MUSIC-NEWS 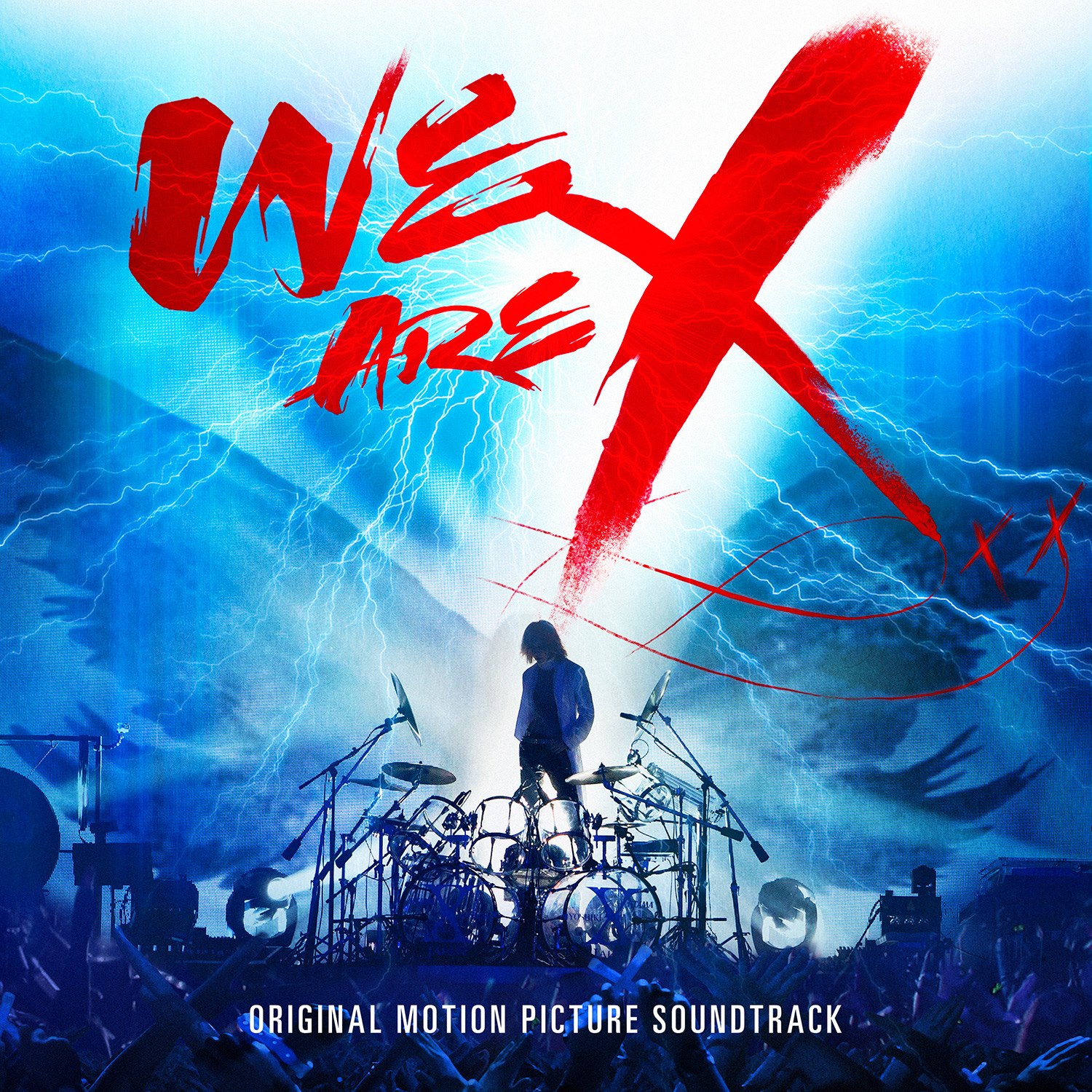