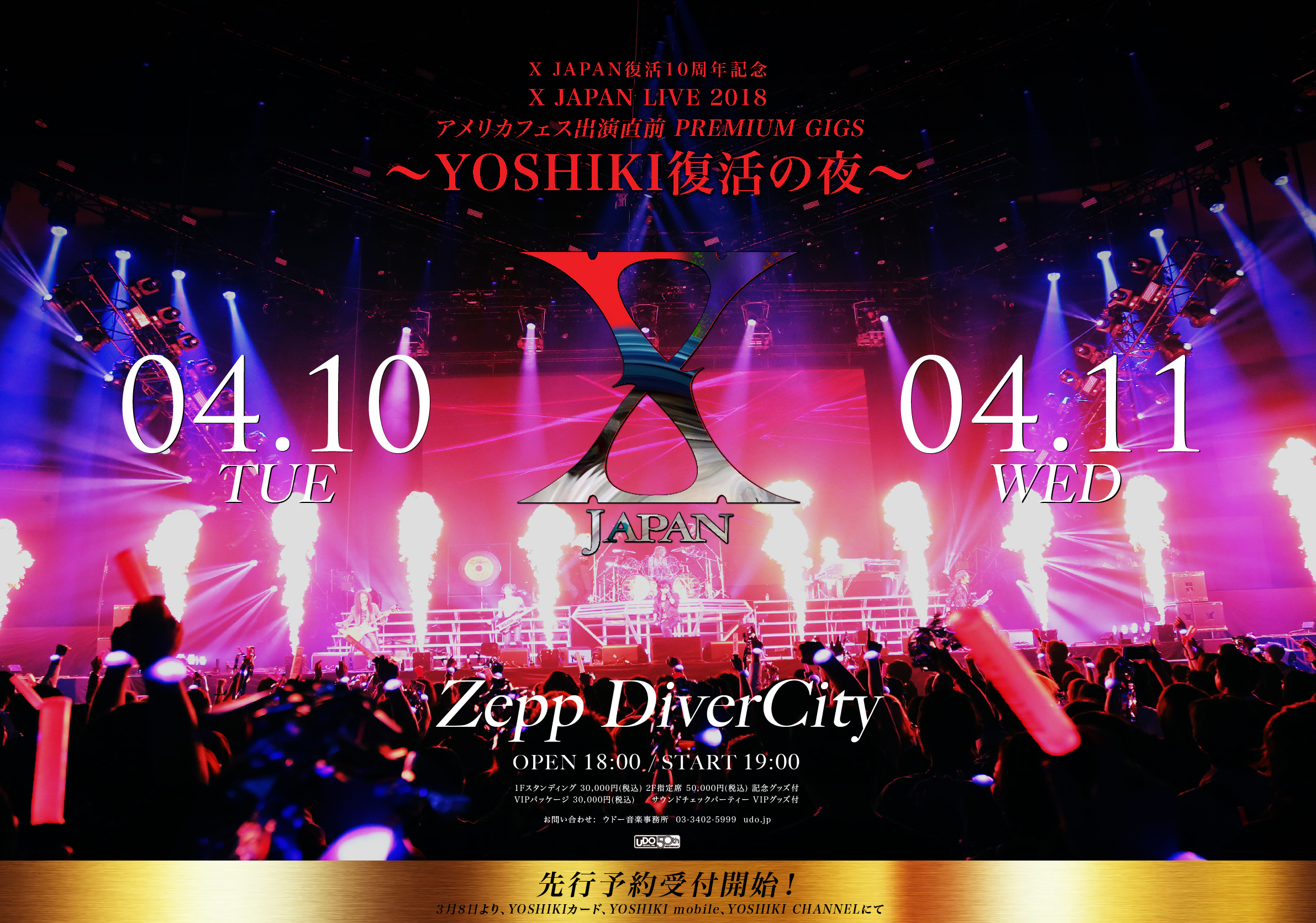 X JAPAN is scheduled to perform on April 14 and 21 at the Coachella 2018 Music Festival in Indio, California. Since YOSHIKI’s return from surgery last year, this series of concerts will be his first full stage performances on drums. During the broadcast, YOSHIKI said that he would play drums as much he can be allowed, and that these performances would be a test of his resolve.

Tickets to “X JAPAN LIVE 2018 Pre-American Music Festival Appearance PREMIUM GIGS ~ YOSHIKI: A Night Of Resurrection ~” will be available starting today via the fan clubs for each respective member of X JAPAN. In addition, remote live viewing theatrical broadcasts of the concert will take place on April 11 in Japan, Hong Kong, Taiwan, and South Korea. 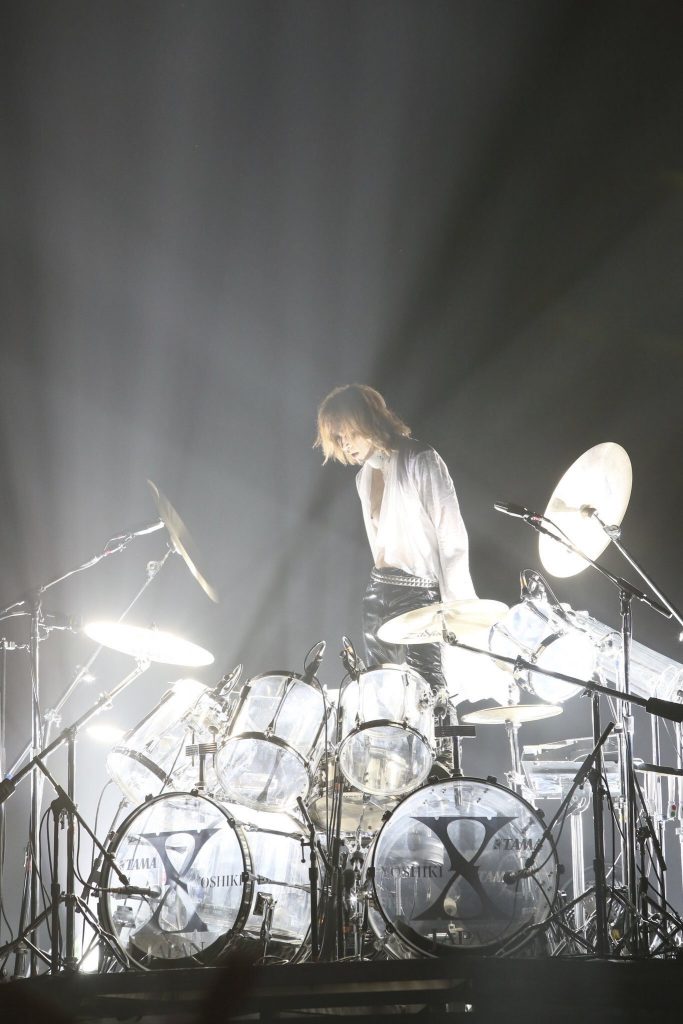