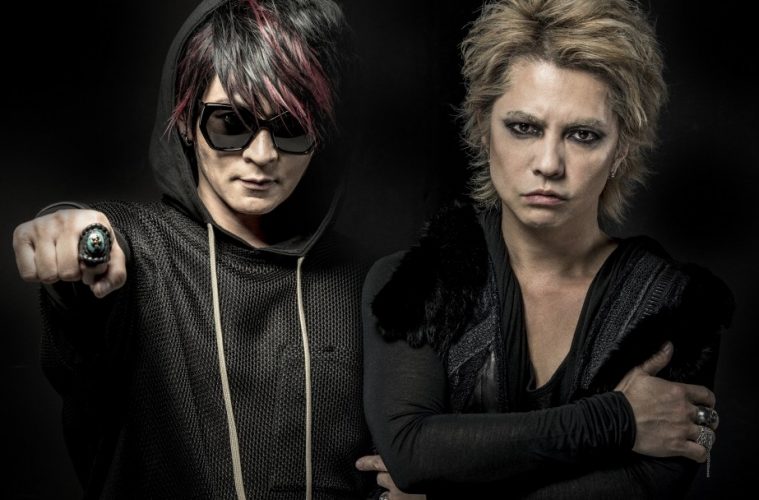 PREMIERE BRAND NEW LYRIC VIDEO FOR “UNDERWORLD”
THE TITLE TRACK OFF THE NEW ALBUM, OUT NOW ON ELEVEN SEVEN MUSIC 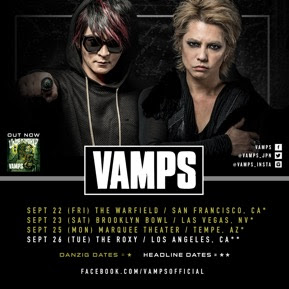 . Vamps’ last show at The Roxy in Fall 2015 sold out quickly. VIP upgrades for all four shows are available HERE.

The upcoming tour will showcase music from the band’s album UNDERWORLD, which came out earlier this summer and included first single, “Calling”—watch the official music video for the track HERE.

Produced by Howard Benson (Papa Roach, Chris Cornell) and Kane Churko (In This Moment, Five Finger Death Punch), the new album sees the band elevating their signature sound into new territory with tracks like “Inside Of Me,” featuring Chris Motionless from Motionless In White, “Rise Or Die” (co-written with Emigrate/Rammstein guitarist Richard Z. Kruspe), “Sin In Justice,” their collaboration with Apocalyptica, and “Break Free,” featuring Man With A Mission bassist, Kamikaze Boy–Listen to the album HERE.

Earlier this year, Vamps went out on a month-long stint across the states, performing with I Prevail / Starset and a string of headline dates. The band also made a special appearance at Blackest of The Black Festival in Irvine, California, playing alongside rock legends Danzig, Ministry and Suicidal Tendencies.

Since forming in 2008, VAMPS have released four studio albums and four live DVDs, all of them showcasing the band’s signature approach to their craft: grand-scale theatrics and drama married to expert playing and songwriting. The potent combination has led to them playing hundreds of sold out shows in their home country, taking over Japanese arenas for multiple nights in a row and inviting international rock luminaries as special guests to play with them in Japan, such as Nothing More, In This Moment, Sixx:A.M., Him, Buckcherry, Apocalyptica and more. The band hosts a series of annual Vamps -curated festivals in Japan –including their legendary Halloween event and late summer Beast Party– and are growing a global fan-base dedicated to both the band’s music and message of music globally transcending geographical borders.