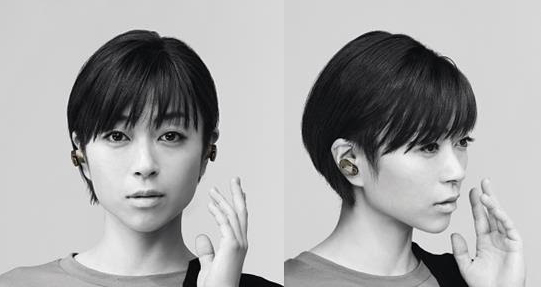 On September 25th, Utada Hikaru’s brand-new single “Anata” was announced as the main theme for the film DESTINY Kamakura Monogatari, and it will now have another tie-in.  “Anata” will be featured in commercials for SONY’s “Noi-Can, Wireless (Wireless Noise-Canceling) Headphones”.  Commercials featuring Utada Hikaru herself can be watched on SONY’s special website worldwide.

It is the second time for Utada Hikaru to be on a SONY product commercial since the RED HOT Campaign (Batteries and MD) in 1999.  In an interview after the commercial shooting, Utada Hikaru commented:

“I think it has been a long time for me to participate in a shooting with so many extras!  This was really fun and also, when I arrived on the set, it was quite surprising to see it being done in such large-scale; like a real street!”

Regarding the actual product that she used in the commercial, “WF-1000X”, the right and left independent, stylish wireless headphone, she has commented:

“Wireless is really, really nice.  Some Bluetooth headphones have arms in the back, and then when you wear it, you have a bump in the back of the neck which makes you think you should maybe have a short hair or put your hair up… but these don’t matter, so it’s great.”

These interviews and a making video can also be viewed on the special website.

At any “Hi-Res Tasting Spots” in the Walkman Booths of various home electronic appliance shops, Sony Showrooms, and Sony Stores nationwide, visitors can listen to a snippet of “Anata” in high-resolution sound from October 5th.  Please check the special website for the store information.

Also on October 8th, people who has listened to a snippet of “Anata” and have posted their impressions of the campaign at the plaza in front of Shibuya MODI and at the Sony Square Shibuya Project （https://www.sony.co.jp/square-shibuyapj/） ( 1st floor of MODI), will receive a special Utada Hikaru no Kotobabookmark.  Please drop by for a visit.

The song will be available for download fully at iTunes, Reco-choku, and Mora starting December 8th (Fri).  Please look forward to it.