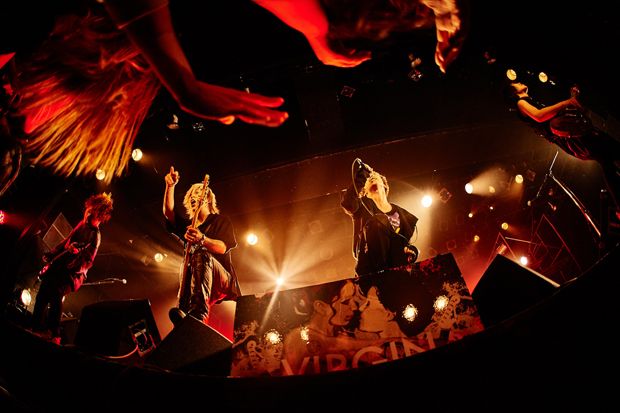 The “SuG Concert Party –March 9 is ‘SuG Day’–” is held every year on March 9, which they have chosen as “SuG Day”. This year, the concert party has been planned as a prelude to the tour “SuG TOUR 2016 SLVS”, which has begun from March 12, and also to celebrate the band’s first major label mini-album, “VIRGIN”, to be released the same day.

In the order of the songs recorded in “VIRGIN”, the live concert opened with the song “teenAge dream” followed by “SICK’S”. As Takeru (vocal) spoke to the audience, “I’m using my whole energy ever,” the band stirred up the crowd with their full-blast performance from the beginning. The band also performed new songs from “VIRGIN”, such as the ballad “Sakuraame”, which has gained much attention for its violent music video, the hard and loud “In the shadow”, and the light and easy “Jun・Fujuniseikouyu”.

This “SuG Concert Party”, which has been especially planned for the fans, featured several special programs.
When performing the crowd’s favorite song “LOVE SCREAM PARTY”, the band members interchanged their playing positions. Chiyu (bass guitar) switched to vocal, Takeru (vocal) and shinpei (drum) played the guitar, masato (guitar) played bass guitar, and yuji (guitar) played the drums. In addition, as Takeru said, “Let us play…like when we started our band,” they performed a cover song of “Driver’s High” by L’Arc-en-ciel, a song that inspired them to begin their musical career. They also played another cover of “Killing Me” by SiM, a band popular among fans of the same generation.

At the final encore, the band played “Smells Like Virgin Spirit”, which is the last song recorded in their mini-album. This was their first time to perform this song in Tokyo; the very first was at the tour in Europe, which was held at the end of last year. At the sing-along chorus part of the song, Takeru shouted to the audience, “Louder than Europe!” and the whole crowd roared with energy and excitement.

Starting from the concert on March 12 in Nagoya, they will begin their live tour “SuG TOUR 2016 SLVS” and will tour 18 cities in Japan. On March 8, they have announced to schedule a concert on May 5 at EX THEATER ROPPONGI, in Tokyo. As a prelude to the tour, this “SuG Concert Party 2016 –March 9 is ‘SuG Day’–”, was a live concert that promises a successful tour, and moreover, a successful future. 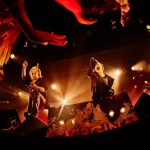