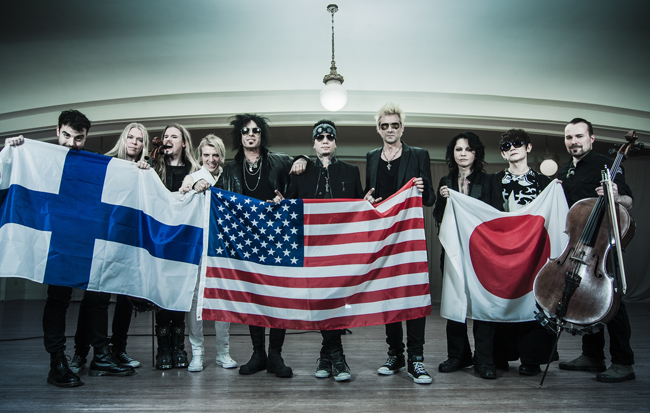 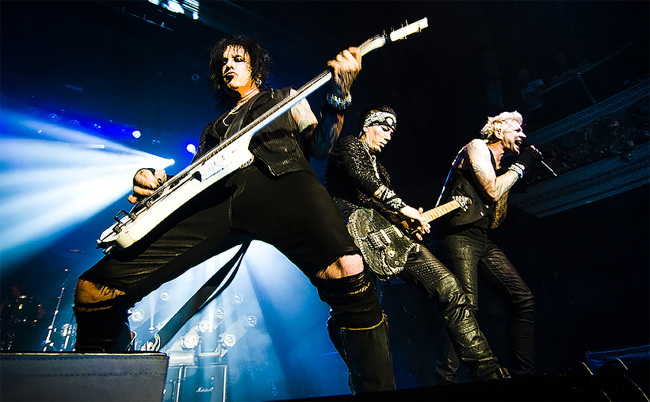 BAND IS ALREADY WRITING FOR NEXT FULL LENGTH ALBUM

Says vocalist James Michael: “We have been looking forward to play a headlining tour as Sixx:A.M. for years so it’s been tremendously exciting to even just start the tour but to kick it off with a sold out show and to such an extraordinary audience last night really made it a truly fantastic and memorable tour start and we can’t wait to see everybody out there at the upcoming shows over the next few weeks.”

Sixx:A.M. will continue their MODERN VINTAGE TOUR playing a limited number of dates all across North America throughout the end of April, several nights of which are already sold out. While on the road, the prolific band is also already in the process of writing music for their upcoming fourth full length album which is set to release in 2016.

Known as strong advocates of new music, Sixx:A.M. consciously curated a global lineup for the current tour by bringing along special guests Apocalyptica from Finland and Vamps from Japan to introduce their fans to some of the most exciting new rock music from around the world.

Bassist Nikki Sixx notes: “Sixx:A.M. has always been about new music and unique creative concepts ever since our first album and the book. We think globally as a band and can’t wait to play our music live all over the world next year so it only made sense to invite some of the best international rock bands out there to join us on our first headline tour and share the excitement we feel about new rock music with our audience”.

To round out their live lineup, SIXX:A.M. have added drummer, Dustin Steinke of Bleeker Ridge into the mix for the tour, as well as backup singers Melissa Harding & Amber VanBuskirk. Guitarist DJ Ashba shares: “We really wanted to create a great, over the top live experience on this tour like all the artists of the late 60’s and early 70’s did who influenced our music. Dustin is an amazing drummer who fits in perfectly with James, Nikki & myself. Adding him, as well as singers Melissa and Amber to our touring lineup really allows us to create the big sounding show we had always envisioned for Sixx:A.M live.”

Coinciding with the tour start last night, the band also launched the brand new lyric video to the song “Get Ya Some” from their current album MODERN VINTAGE. Check it out here: http://bit.ly/1yQx3pl

Meanwhile, the second single off MODERN VINTAGE, “Stars” is already a top 5 hit on the rock radio charts. Watch the video to the song here: https://youtu.be/XSNeeVLEnd8. Artist Direct.com explains “With Modern Vintage, SIXX:A.M. make a record that’s not only definitive in their catalog thus far, but it’s also definitive for 21st century rock ‘n’ roll, period. The album taps into a classic energy and transforms it into focused, fresh, and fiery ass-kicking anthems that encompass everything from sexy, swaggering rock ‘n’ roll, alternative expanse, blues bliss, and even a little ragtime flavor. This is what a classic rock record should sound like. This is SIXX:A.M.’s finest hour thus far!”

SIXX:A.M.’s previous two albums, THE HEROIN DIARIES and THIS IS GONNA HURT – both of which were accompanied by NY Times bestselling books of the same name – have sold over 600,000 copies and spawned 2 number one radio singles, “Life Is Beautiful” and “This Is Gonna Hurt”.

Apocalyptica is a Finnish cello-rock band from Helsinki, formed in 1993. The band is composed of classically trained cellists Eicca Toppinen, Paavo Lötjönen, Perttu Kivilaakso and drummer Mikko Sirén. Their music borrows elements from a wide variety of genres including classical music, metal, world, folk and progressive rock. They have sold over four million albums to date.  The band’s recent albums included both instrumentals and collaborations with various singers, such as Corey Taylor, Adam Gontier and Cristina Scabbia. Apocalyptica have recently recruited an official vocalist, Franky Perez, who was part of Scars on Broadway, Pusher Jones and appeared on Slash’s first solo record.

VAMPS, the Japanese rock band formed by and featuring HYDE (L’Arc~en~Ciel) and K.A.Z (Oblivion Dust), released their new studio album, BLOODSUCKERS on March 24 in the US via Spinefarm. The album features the single “World’s End” and was produced by VAMPS and Josh Wilbur (Gojira, Lamb Of God); it is the follow-up to 2013’s SEX BLOOD ROCK N’ ROLL. For more info on VAMPS go to: www.vampsxxx.com

SIXX:A.M. with Apocalyptica
“The Modern Vintage Tour” 2015
* Vamps not on bill