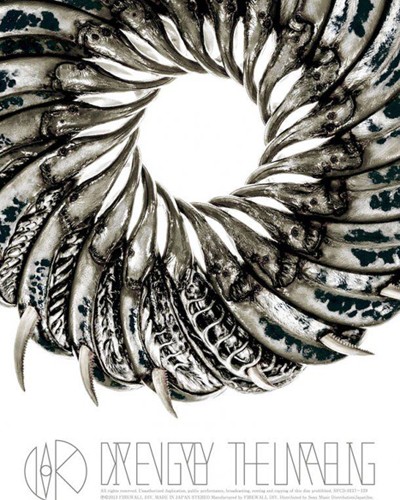 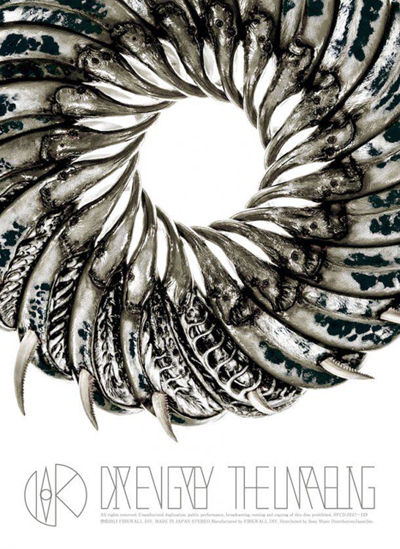 After over a decade of releasing material which includes twenty-eight singles, eight albums, and an assortment of compilations as well as sixteen years of being a band all together, Dir en grey is back to release their third EP titled ‘The Unraveling.’ This release is the biggest release since the band took a short hiatus last spring because of vocalist Kyo being diagnosed with vocal nodule dysphonia; a possible vocal cord paralytic condition if not treated properly.

Despite these setbacks, the band has come back strong with this release. Given the nature of the conditions the band has had to work through, it is apparent a lot of time and work went into making this mini-album. It shows through the range in vocals as well as layering of the songs themselves. It is no secret that the band as a whole has a wide range; from vocals to making their instruments sound as though they are completely different instruments; guitars change into kotos, drums change into something intangible, and vocals turn into a powerful instrument all their own.

This album is made up of one new song ‘Unraveling’ and six remakes of older songs ‘Karma’ ‘Kasumi’ ‘Karasu’ ‘Bottom of death valley’ ‘Unknown.Despair.Lost.’ and ‘The Final.’ The bonus disc includes ‘Macabre’ ‘Unraveling unplugged’ and ‘The Final unplugged.’ However, rather than comparing these remakes to the originals, they are to be looked at as completely new songs. Dir en grey has never been a band to do the same thing twice; which is why this album as a whole should be viewed with fresh eyes, as it is a new form of expression. The way this album is layered is sure to catch anyone with a good ear for mixing as the effort is obvious with the way churning guitars meld skillfully with piano, traditional Japanese instrumentals, and pounding drums gives a powerful feeling to the album as one thing crashes over another.

The way Kyo uses his voice on this album, one would question if there was ever any problem at all. Recorded around early May 2012, his voice was still fragile and even though the signs of wear are there in the specific way vocals are picked for songs, the sweeping use of high notes and the sparse use of screams on this album are still able to convey the message of Dir en grey’s unique world view, even now.

The album begins with ‘Unraveling’ a track that is unique by its skillful use of melodies and vocal hooks. Listening to this track, one can tell that inspiration is drawn from the title of the song. Something that unravels slowly to descend into a melodic use of choral chants within the chorus that gives an uplifting feeling to the song, something one may not be used to in a Dir en grey song, however, it fits none the less. The transition from Dum Spiro Spero and Rinkaku to this track is still in the same thread, which continues to be pulled to unravel into something new yet familiar.

Tracks such as ‘Karma’ have been completely deconstructed from the original with harks back to the original melody. Still, it should be viewed as its own song simply because the goal was not to copy the original, but to take the original and mold it into something with the new feeling this growing band has. It is intriguing the way Dir en grey are able to take a song from their very first demo and mold it into a song with screeching guitars and screaming vocals with bits of the original melody weaving in and out through 7-string guitar melodies. It is to be noted that this song does not appear on an album, single, or EP until now. It has appeared on ‘Kaede: If Trans…’ the band’s first video compilation. Before this it was part of a demo release. This alone should make it a song to stand on its own.

‘Kasumi’ breaks in with the original melody coupled with a vocal in a slightly lower octave, which is higher in certain areas of the song. Layering of guitar melodies over an operatic vocal make this song feel as though one is flying while sticking to the original in a lower guitar tuning towards the end of the song. This is one song on the album that has not changed much from the original; however the vocal tones convey a new meaning with pitch and range, rising and falling to get a certain point of view across.

‘Karasu’ keeps with the haunting guitar melodies and lower octaves while the vocals are completely reorganized to go into higher octave melodies before the chorus which is layered with choral melodies, guttural sounds, and amazing high notes Dir en grey is known for.

‘Bottom of death valley’ originally found on the album ‘Kisou’ makes a comeback here with a striking bass riff paired with what at the beginning, making this a completely new song from the opening. It was nice to hear the bass riff again; however, one may feel the vocals cut in a little too early. The melodies have been compromised into softer tones, as well as the vocals that have been scored in a higher octave with a tendency to flow through the song. This song leaves one wanting more and more of the bass riff, which is delivered. However, it is under layers of guitars and vocals that make up the song. If one could, I’m sure pulling the bass track from this song and having it as its own separate track would be accepted.

‘Unknown.Despair.Lost.’ This perhaps is the most deconstructed on the album. Beginning with a soothing acoustic melody, the song launches into electric guitars and drums seemingly without warning. Jarring at first listen, this soon became a favorite. Also coming from a much earlier release like ‘Karma’, this song has been constructed mainly around the original chorus line melody which is the main hook of the song. However, being deconstructed and built back, it is a completely different song in its entirety as was intended.

‘The Final.’ The Final is a track everyone was worried about. Dir en grey has pulled it off. This paired with the unplugged version on the bonus disc provides an insight as to what feeling the band wanted to convey with this album and this specific track. The guitars have a bit of a lower tuning due to Kaoru’s 7-string guitar. The vocals have gone up an octave, and familiar screams such as the one at the beginning of the original have been removed to give a sense of tightening pressure in the chest, longing for something that won’t arrive. Screams have been taken from the front of the song and added to the back to seemingly reinstate what was lost only to end with a higher note on the back end. A powerful track on the album, it is not one to be looked over.

Another notable thing from this album that fans might want to check out is Macabre on the bonus disc. Originally a ten minute song, it has been turned into a 16-minute song with added guitar riffs and additional vocals.

Coming from a band that changes, one who does not keep the same feeling over time, The Unraveling is an accomplishment and a step forward in a new direction for this band. Just like the world, their outlooks are constantly changing. This is why this album had to be made. The originals of the songs are nice; however, one cannot stay the same. If you are looking for old views, go and listen to the originals, they will always be there to welcome you. However, if you are looking for an album by a band that is not afraid to take chances, and not afraid to change their views on older songs, this is the album for you.